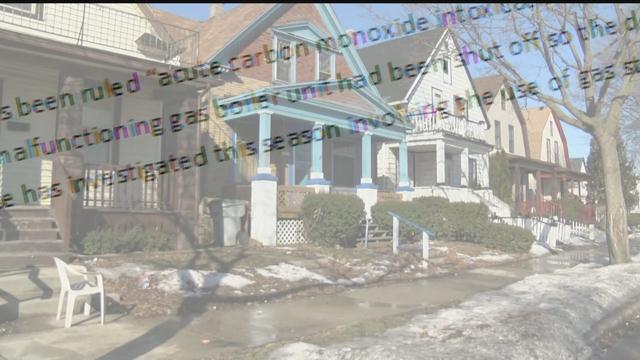 After leaving the stove on to heat their home, a woman in her 50s has died from carbon monoxide poisoning.

It happened Friday morning off of Burleigh St. and N. 10th St. The medical examiner says the stove was being used for heat since the home's gas boiler was disconnected.

The other person in the home was transported to St. Luke's Hospital.

The victim sent to the hospital hasn't been identified, but CBS 58 spoke to his brother.

The brother says the man is doing better, will recover and was headed to an oxygen chamber.

When firefighters first arrived on scene they knew it was too dangerous for anyone to be in the home.

They transported the 53-year-old woman outside; she was pulse-less and not breathing.

"They were trying to save her life but it was too late," said Jermaine Evans, a neighbor and friend of the male that went to the hospital.

"This is the second death our office has investigated this season involving the use of gas stoves to heat residences," said Karen Domagalski in a statement today released by the Milwaukee County Medical Examiner’s Office.

55-year-old John Fleming died in December trying to heat his apartment with the stove.

Deputy Chief Lipski says a sad, but simple lesson comes from this.

"The very real risk with using an appliance that is not designed to heat a house to do just that, to try to heat the house, first off, you'll never catch up with it. So, it's not really having the benefit you believe it's having. The other problem is you are just by opening up your oven and turning all those burners on, turning that stove top on with all those burners, you're just producing free carbon monoxide," said Deputy Chief Lipski.

Lipski says the incident does not seem suspicious, but they didn't find any carbon monoxide detectors in the home.

The department recommends checking or purchasing a detector, and having your furnace and stove inspected each year for leaks. That could help to prevent this from happening in your home.