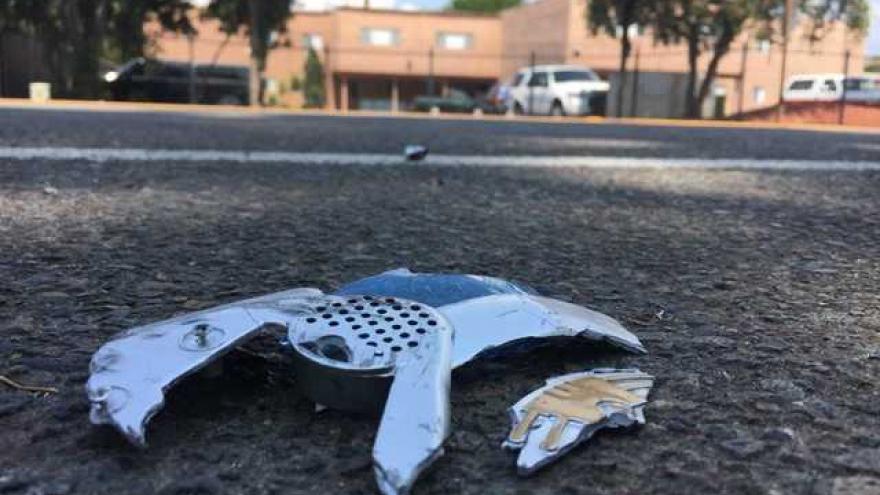 LAKESIDE, Calif. (CNN/KGTV) -- A woman in law enforcement believes she came close to getting carjacked.

The woman was off-duty when she saw an object in the road that appeared to be a decoy to get her to stop. To her surprise, it was a toy robot.

"If it seems weird, it is weird," said the woman, who asked to remain anonymous. "I've heard of other carjackings similar to this where they bait you to get out of your car and I knew this probably could have been something like that and I didn't want to risk that."

She hit the robot but continued to drive. While the woman damaged her car she's relieved this happened to her rather than someone who might have gotten out to look at the robot.

Carjackers look for "ease of attack". Try to drive in the lane nearest to the center of the road, keep your windows closed and lock your doors.