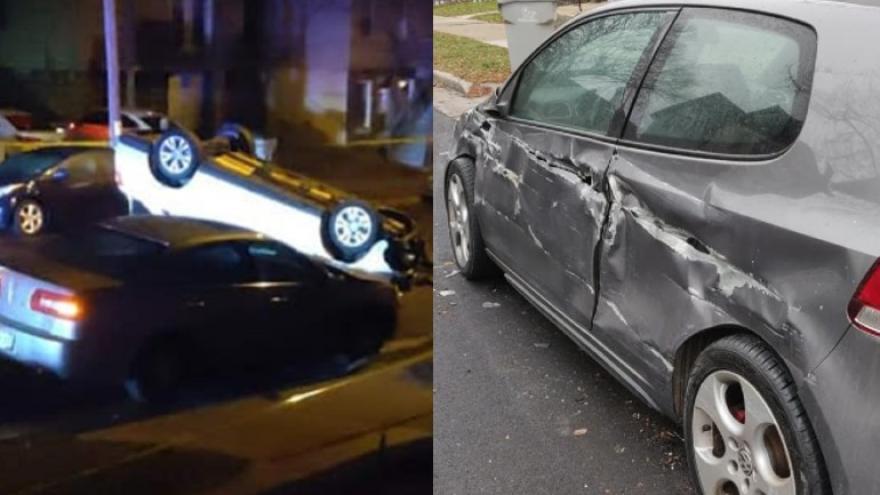 MILWAUKEE (CBS 58) -- Milwaukee police believe alcohol is to blame for a rollover crash near Humboldt Avenue and Water Street on Monday morning, Nov. 25.

Police say the alleged drunk driver struck five parked cars. The crash left one vehicle on its roof and another badly damaged.

One CBS 58 viewer said she woke up to her car totaled.

The female driver was arrested for driving under the influence.