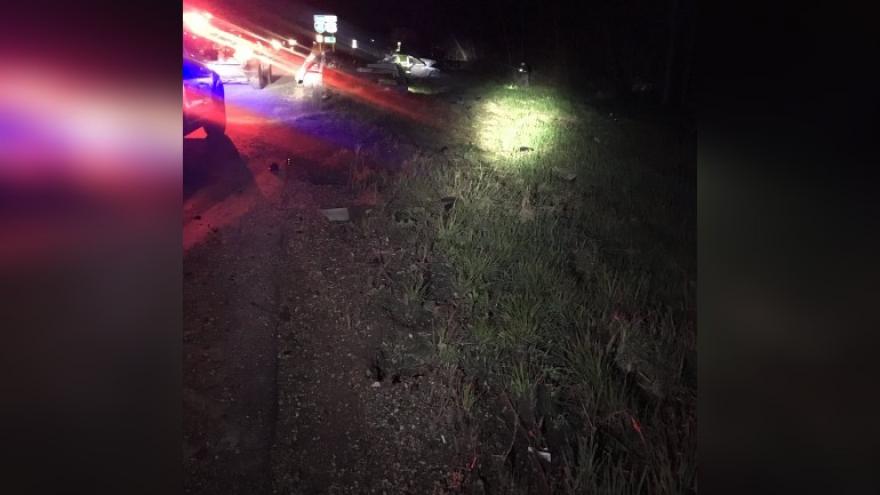 WASHINGTON COUNTY, Wis. (CBS 58) -- A Washington County deputy rescued a woman who was trapped in a car after she crashed and the car caught on fire on Tuesday, April 20.

According to Washington County, Wisconsin Sheriff's Office, a deputy was running radar on Interstate 41 near south of State Highway 33 when he observed a car traveling southbound at 104 miles per hour on radar around 1:30 a.m.. Officials say as the vehicle approached, the deputy turned on his lights and pulled out behind the vehicle.

According to officials, the vehicle lost control when passing the stationary squad and crashed into the west shoulder side guard rail.

The deputy said he observed the vehicle on fire with two foot flames coming from the engine compartment. Officials say the deputy also heard a woman screaming for help and that she was trapped.

The deputy extinguished the fire and the Allenton Fire Department responded to safely extricate the woman.

The woman was identified as a 44-year-old Cudahy resident. She was transported to a local hospital for serious injuries.

The driver was arrested for first offense drug OWI, according to police. A large amount of narcotic and depressant medication, in and out of valid Rx bottles, was located in the car, officials say.