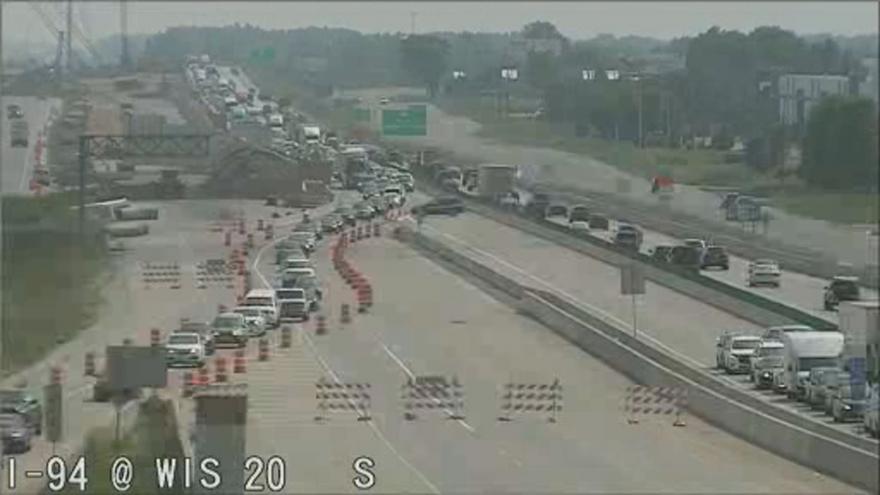 A woman and two children were hurt in a three vehicle accident that snarled north bound traffic on I-94 in Racine County is afternoon.   According to the Racine County Sheriff’s Office, the accident happened around 1:40 PM in the north bound lane of the freeway near Two Mile Road.   Deputies and Wisconsin State Troopers responded to a three vehicle accident at that location.   According to the Sheriff’s Office news release, a semi-trailer truck rear ended a vehicle, pushing it out of the way and then rear-ended a second vehicle.  The injured woman and two children were in one of the vehicles.  They were taken to a local hospital for treatment of what is described as non-life threatening injuries.  The interstate was closed for about an hour and 45 minutes as the crash scene was cleared.  The Sheriff’s Office and State Patrol are continuing to investigate the circumstances surrounding the collision, but drugs and alcohol are not believed to be factors in the crash.