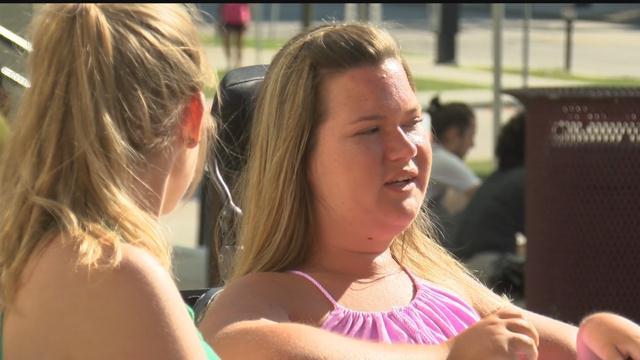 Rhena Ripley may use a wheelchair, but she has the right to live a normal life like able-bodied people.

\"I've never been refused a ride before, but I've been given an attitude,\" she said.

But that right was denied Wednesday afternoon.

\"I was taken aback and a little angry,\" she said.

She and her caregiver, Nikki Hertel, were waiting at the bus stop at Oakland and Hartford to go to Bayshore for lunch.

Ripley said the driver was about three minutes behind schedule.

\"He asked that we stay back and wait for the other bus so that he could continue on and not run behind,\" she said. \"Hooking me on the bus would make him run behind even more.\"

\"When they can't take an extra minute or two to hook her up and get her where she needs to go, just because she's in a wheelchair, is really sad to me,\" Hertel said.

So the two young women waited about five more minutes for the next bus.

\"If a driver is running late, they simply need to alert dispatch they're running late and they don't get in trouble at all for that,\" said MCTS spokesman Brendan Conway.

Conway said denying anyone a ride because of disability goes against policy. He said this claim is particularly frustrating since ADA boardings on buses are up by 4,000 so far this year.

\"It's unacceptable and we apologize to her,\" he said.

Once a complaint is confirmed, MCTS can investigate to ensure it never happens again.

That's what Ripley wants too. The UWM senior hopes graduate next summer with her degree in social work.

\"I would like to work with people with disabilities and advocate for them, especially with different accessibility issues,\" she said.

Ripley has filed a complaint against the driver.

Discipline varies, but Conway said at the least, the driver will be talked to and could be required to have additional training.