Woman, 7 months pregnant with twins, turned away at restaurant for outfit 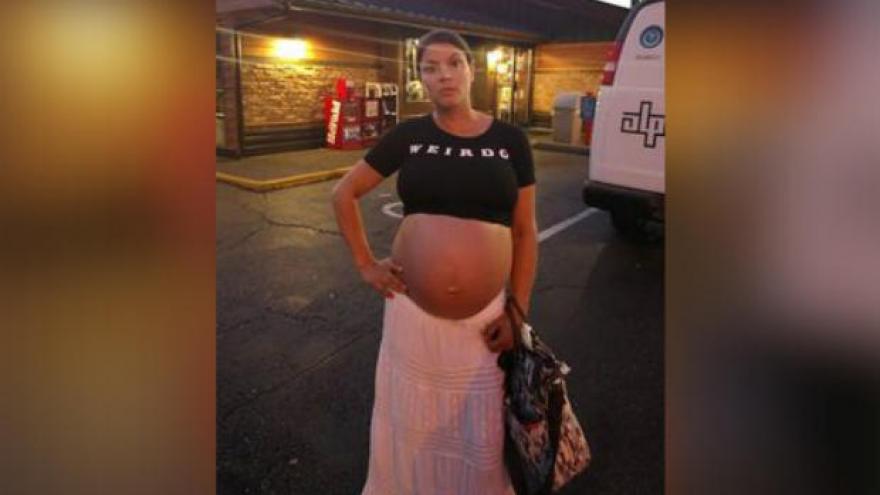 A Washington state woman, seven months pregnant with twins, was denied service at a Seattle area restaurant for wearing a crop top.

The server told KIRO-TV that Gobin had violated the "no shoes, no shirt, no service" policy that's linked with health code regulations and anyone wearing a crop top would have been asked to cover up.

Gobin is seven-and-a-half months pregnant with twins, a boy and a girl.

"Just because my belly was bigger and sticking out. But had it been anyone else, I don't think there would've been any problem whatsoever," she said.

After the incident, she posted a photo of what she was wearing on Facebook, writing, "I was just denied service at the Buzz Inn on State Avenue in Marysville for my outfit. I'm violating the health code." Her post has been shared hundreds of times.

Buzz Inn Steakhouse issued a statement to KIRO-TV, saying they "sincerely apologize" for the "misunderstanding." The server has been there 20 years, they said, and "was trying to use her best judgment."

Gobin told KIRO-TV she feels like she was body shamed.

"It's pretty ridiculous I was shamed in the first place and had to drive across town to eat," she said. Gobin said she didn't have any problems at the next restaurant.

Gobin said the reaction she has received from her social media post has been overwhelmingly positive.

"I was very surprised by the response," she said. "I think that says everybody pretty much agrees -- I wasn't out of bounds or out of line in any way."

Although she said that Buzz Inn Steakhouse has lost her business, she isn't letting the incident bother her.

"Our bodies aren't just toys, they're for a purpose and I think it's a beautiful purpose," she said.