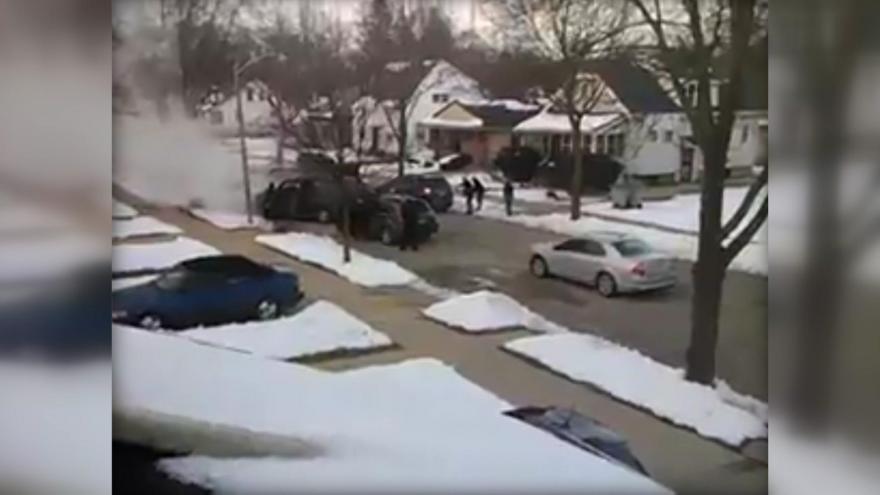 MILWAUKEE - 32-year-old Jermaine Claybrooks was shot and killed Thursday night during a drug investigation near 19th and Stark.

CBS 58's Kristen Barbaresi spoke with witnesses and obtained video and pictures from the scene.

"Shots fired." Cell phone video shows the moments after police shot Jermaine Claybrooks at 19th and Stark Thursday night. The man who took the video says he saw everything unfold.

"The car goes up on the sidewalk. Police jump out all these cars. Milwaukee police boom boom boom, throw your gun out, boom boom boom. He didn't have a prayer to get out of that car."

CBS 58 also got pictures from another witness showing the immediate aftermath.

Police Chief Ed Flynn says the shooting was the result of a "high intensity" drug investigation involving West Allis and Milwaukee Police and the DEA.

"That is what we know at this time.  Active drug investigation, take down of drug dealing suspect, weapon displayed, shots fired," said Police Chief Ed Flynn.

"Even if he had drugs in there, let him surrender."

Police are still investigating who fired shots-- and how many rounds, but say the suspect, Jermaine Claybrooks had a gun.

A firearm was found in the hands of the decedent on the scene," said Police Chief Ed Flynn

The investigation is now in the hands of the Milwaukee County Investigative Team, lead by the Wauwatosa Police Department.