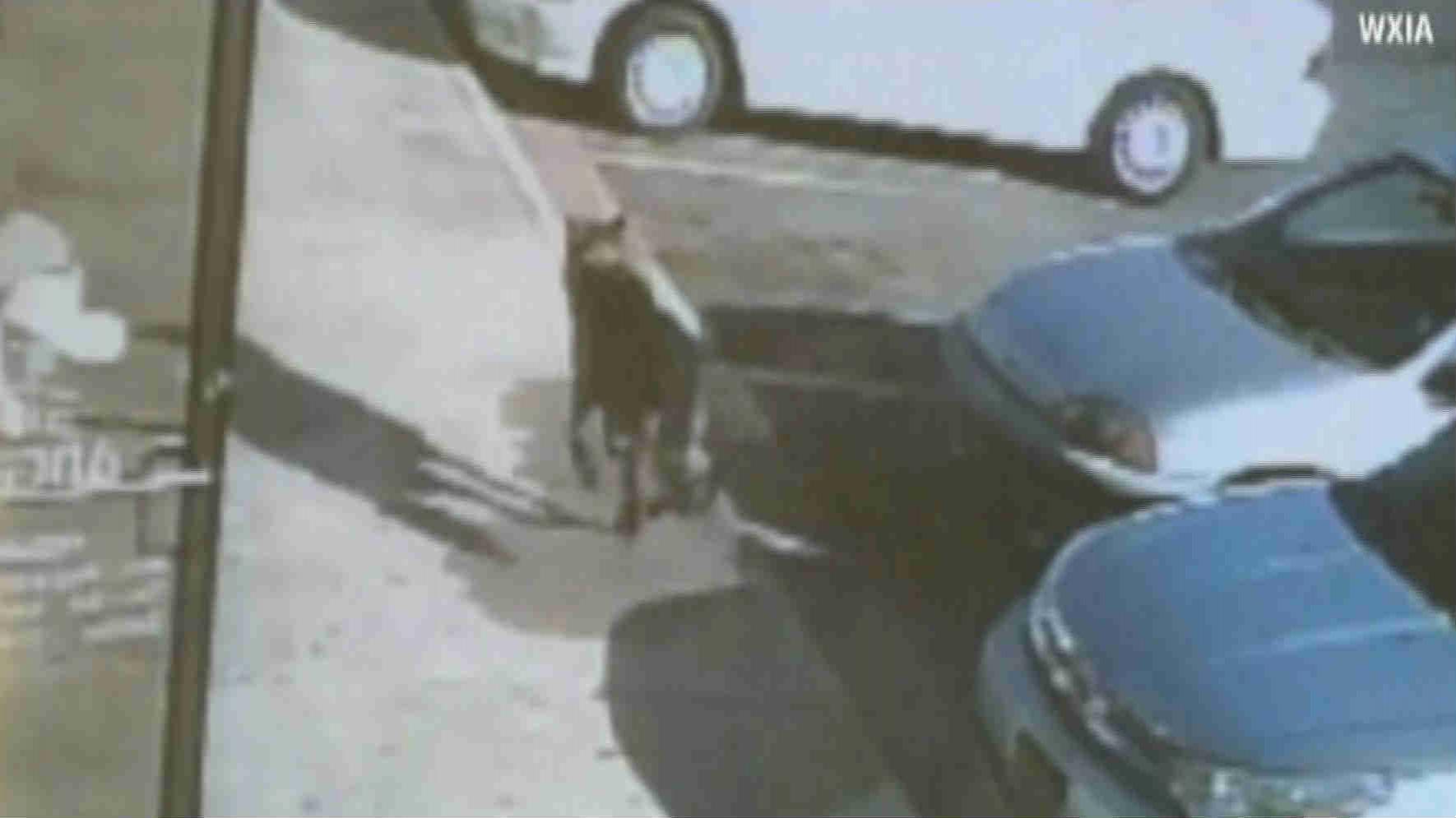 (CNN) -- Witnesses are crediting a family's German shepherd with shielding its owners from gunfire in an Atlanta road-rage incident.

The Friday incident began with an altercation on an Atlanta road, according to CNN affiliate WXIA. The driver followed the family to a nearby strip mall and began shooting, according to an unnamed witness interviewed by the station.

\"They just rolled right up, they pulled a gun out and started clapping,\" the witness said, using a slang term for shooting.

The witness said the dog jumped in front of one of the children and a woman in the car. Surveillance video captured the dog trotting off to die behind a nearby building, WXIA reported.

\"They were fired upon and their family was terrorized,\" Atlanta police Sgt.Gregory Lyon told the station. \"They survived that only to find that their pet is now gone. It's sad for the whole family, especially the day after Thanksgiving.\"

No arrests had been made, The Atlanta Journal-Constitution reported Friday.