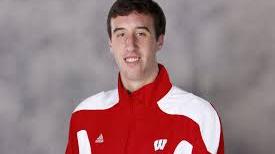 Badgers Senior Frank Kaminsky is a finalist for one of the most respected awards in college basketball the John R. Wooden Award.

The announcement on Monday comes as the team prepares to face Kentucky for the second straight year in the Final Four and is enjoying one of its best seasons in the men's basketball program at UW Madison.

Kaminsky was also selected to the Wooden Award All-America Team. He joins Devin Harris (2004) and Alando Tucker (2007) as the only Badgers to be named John Wooden All-Americans.

The Wooden Award will be announced Friday, April 10th.

Kaminsky is the 2015 Big Ten Player of the year and has received first-team All American nods from the Associated Press, the National Association of Basketball Coaches, the United States Basketball Writers Association and Sporting News.

He is the second Badger, joining Tucker (2007), to become a consensus All-American at Wisconsin in the last 70 years.

The John R. Wooden award was created in 1976 and is the namesake of the legendary coach of UCLA who won ten NCAA national championships in a 12-year period, including an unprecedented seven in a row.