Wisconsin's Elected Officials are on Alert because of Manhunt 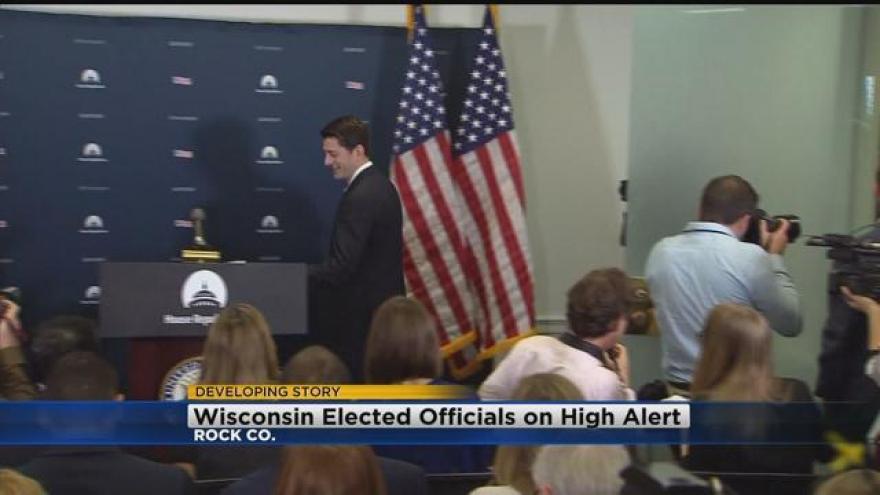 For more than a week the hunt's been on for a Wisconsin man considered armed and dangerous.

Joseph Jakubowksi has been on the run ever since he stole dozens of weapons from a gun store in Janesville 8 days ago.

Officials say they have no idea where Jakubowski is and they are urging the fugitive to turn himself in before anybody gets hurt.

There are more than 500 leads in this nationwide search, but the fact remains nobody has seen this guy since last Tuesday.

Before stealing guns and lighting his car on fire, officials say Jakubowski sent handwritten anti-government manifesto to the white house.

Janesville is home to the Speaker Paul Ryan.

Ryan's Janesville office has been closed for the last three days.

His staff is not saying it's related to this manhunt.

Local officials say they are not recommending the speaker stay away from his Janesville home.

Officials won't say whether Ryan has been back in Janesville since this manhunt started.

Governor Scott Walker has adjusted how he puts out advance notice of his public appearances.

A representative said the state patrol asked the governor to make that change.