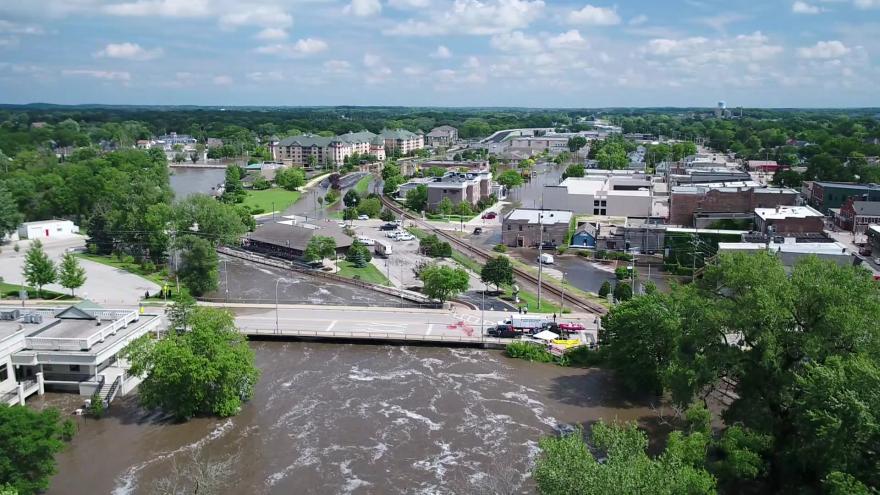 MADISON, Wis. (AP) — Communities in Wisconsin continue to deal with storms and flash floods a decade after historic flooding.

Steve Vavrus, the senior scientist for the University of Wisconsin-Madison's Nelson Institute Center for Climatic Research, said flood mitigation is important for communities that have experienced flash flooding because floods are likely to continue.

Vavrus said the state has seen an increase in flooding over the past decade. He said warmer air in the atmosphere brings more instances of heavy rainfall.

"We've basically had a preview of what's likely to happen more often and any communities that have already been hit by flooding recently have a pretty good idea in terms of emergency management where their vulnerabilities are," Vavrus said.

Gays Mills' downtown area was destroyed in the flooding. The village received federal funding to move about 50 homes and businesses from the flood plain to a different area.

Mayor Harry Heisz said the move has made a significant financial impact on the community, with more roads and empty lots for the city to maintain.

"It's hurt some of the downtown business drastically," Heisz said. "We lost about a third of the population because some of them just said, 'I'm done, I'm moving somewhere else.'"

Crawford County Emergency Management Director Jim Hackett said residents should make sure to waterproof their basements to prevent flood damage in their homes.