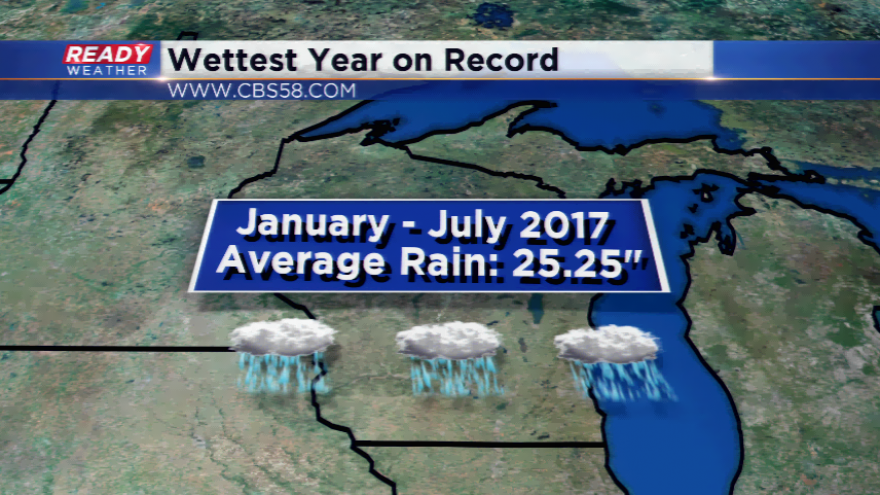 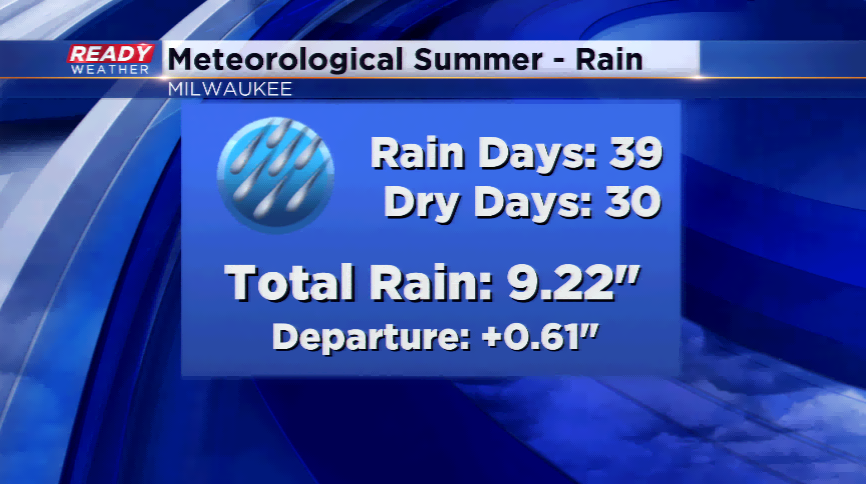 Even though we have experienced a drier stretch of weather the last few weeks, the precipitation came in multiple waves from January through July setting records in the Badger State. From January 1st through July 31st, the average precipitation was 25.25” of rainfall! These records stretch all the way from to 1895. Wisconsin was among several states in the Great Lakes to see well above the average for rainfall, but the only state to set 123-year old records.

Meteorological summer even started with a bang in the rain department. June saw over five inches of rainfall, almost an inch and a third above normal. Early July brought flash flooding and heavy rainfall to parts of the viewing area. This summer, we have seen more rain days than dry days and remain above the average.

It has been a much different story the last three weeks. Milwaukee has only seen 0.37” of rainfall, down by almost 2” from the norm. Rain will return to the forecast starting tomorrow with a slight chance on Friday as well. It appears there could be another dry stretch of weather starting this weekend through the middle part of next week. Mother Nature just cannot make up her mind! 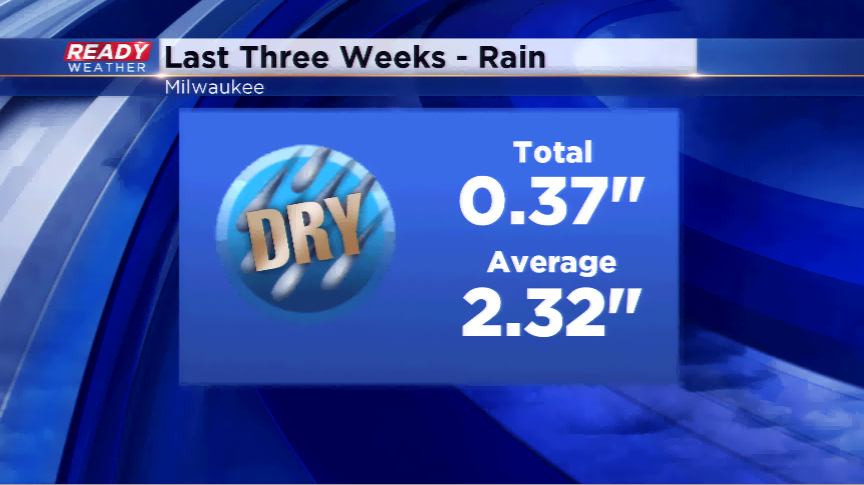