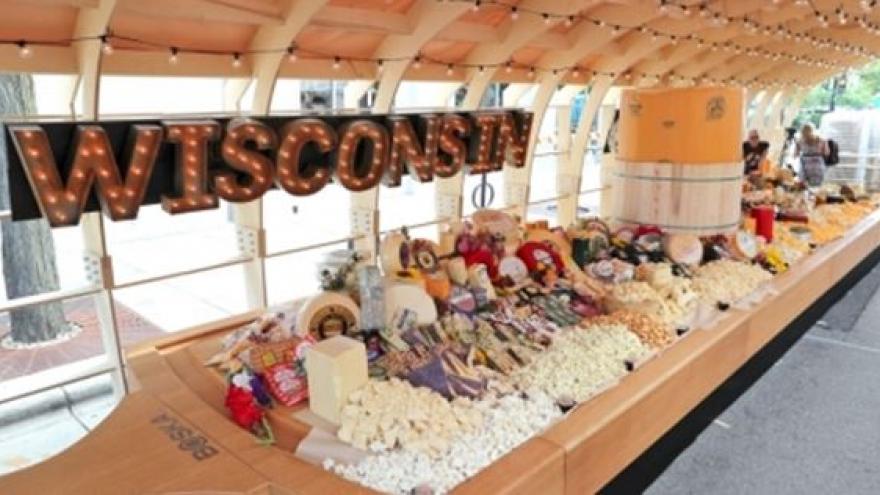 Dairy Farmers of Wisconsin started collecting the cheese in downtown Madison on Wednesday. The board is 35 feet long and 7 feet wide and could fit 145 cheese varieties, totaling nearly 4,500 pounds.

A huge, 2,000 pound cheddar wheel was the board’s centerpiece.  Wisconsin’s cheeseboard topped the previous European record holder by over 1,000 pounds.

No cheese went to waste. Some of the cheese was donated to a Madison-area foodbank.