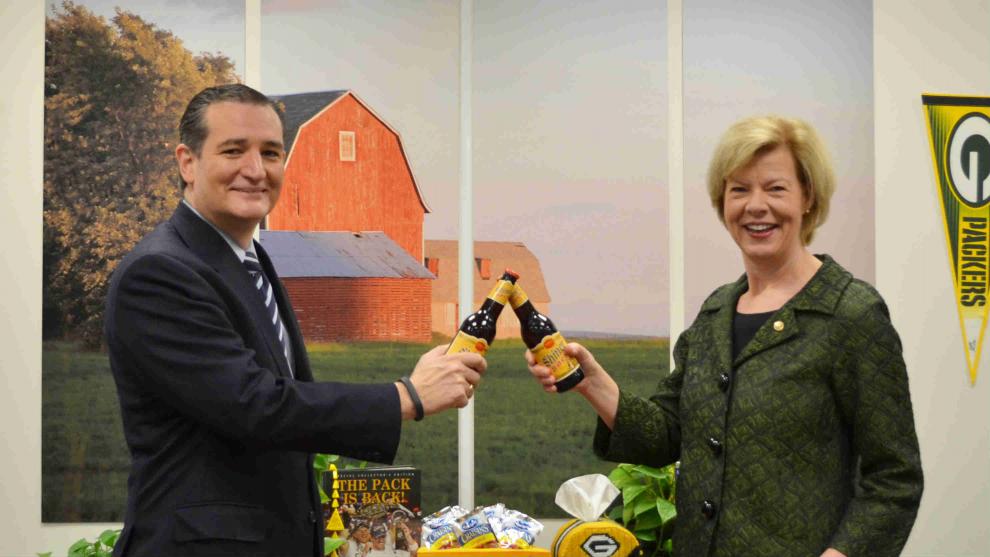 On Tuesday, Democratic U.S. Senator Tammy Baldwin of Wisconsin made her Republican colleague, Ted Cruz of Texas, pay up on his bet regarding last Sunday's Packers/Cowboys game.

Green Bay defeated Dallas 26 to 21 in the second round of the playoffs.

“The Packers have left few to question who really holds the title of ‘America's Team,'” said Senator Baldwin. “I appreciate Senator Cruz's courage to bet against the Packers, and his generosity in defeat. If he's looking for a hug I hear there's a Cowboy fan in New Jersey who needs one too.”