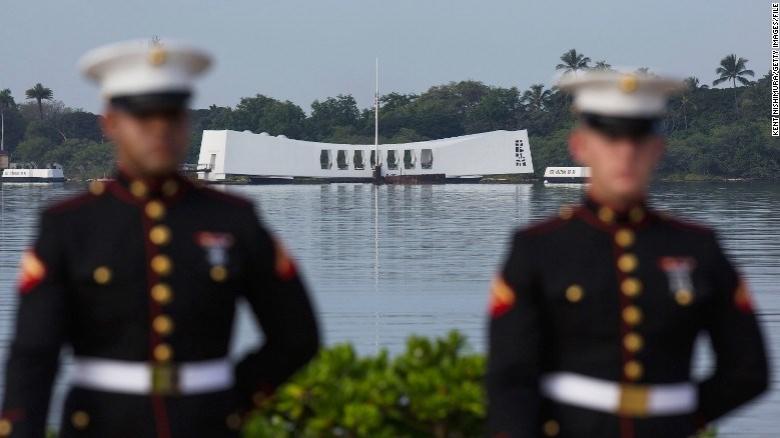 HONOLULU (AP) — The U.S. military says a recently identified sailor killed in the 1941 bombing of Pearl Harbor will be buried in his Wisconsin hometown next week.

The Defense POW/MIA Accounting Agency said Friday Chief Petty Officer Duff Gordon was 52 years old and assigned to the USS Oklahoma when he was died.

He's scheduled to be buried in Hudson, Wisconsin, on Wednesday.

Japanese planes hit Gordon's battleship with multiple torpedoes and caused it to quickly capsize. The Oklahoma lost 429 men in the attack. The military wasn't able to identify most of the Oklahoma dead and buried hundreds as "unknowns."

The Defense POW/MIA Accounting Agency dug up their remains from a veterans' cemetery in Honolulu last year, saying advances in forensic science and technology have made identification more feasible.