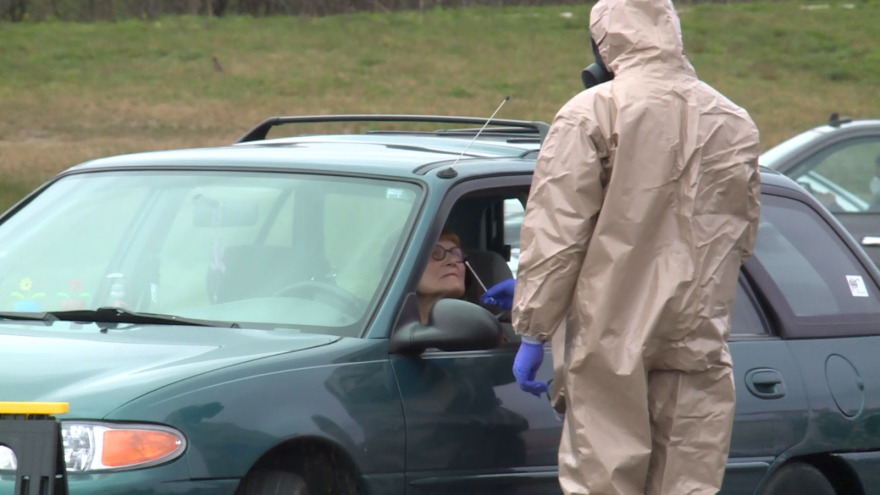 “As the pandemic kind of moves throughout the country, I think it was expected that we would see, particularly in the Midwest, this type of situation at this period in time,” Grabert said.

Wednesday and Thursday, the state completed nearly 20,000 cases as testing ramped up. The positive cases were more than 1,100, but the rate of positive tests was lower than average.

Some groups are becoming infected at a higher rate. Sixteenth Street Clinic says the Latino population in Milwaukee is especially at risk.

“A significant amount of cases, about 35 percent of the patients we have tested so far, are positive," Sixteenth Street Pediatrics Director Emilia Arana said.

The record spike came exactly two weeks after the state's safer at home order was struck down, but state officials say it’s nearly impossible to draw that link.

They do believe the virus is expanding its reach.

“Are there more people with the infection than there were a couple weeks ago? The answer is probably, given the overall trends," Dr. Ryan Westergaard, with the Wisconsin Department of Health Services, said. "And the other thing that it’s fair to say is that we don’t know who those people are."