Wisconsin proposal: Couple gets engaged at Culver's in Kenosha 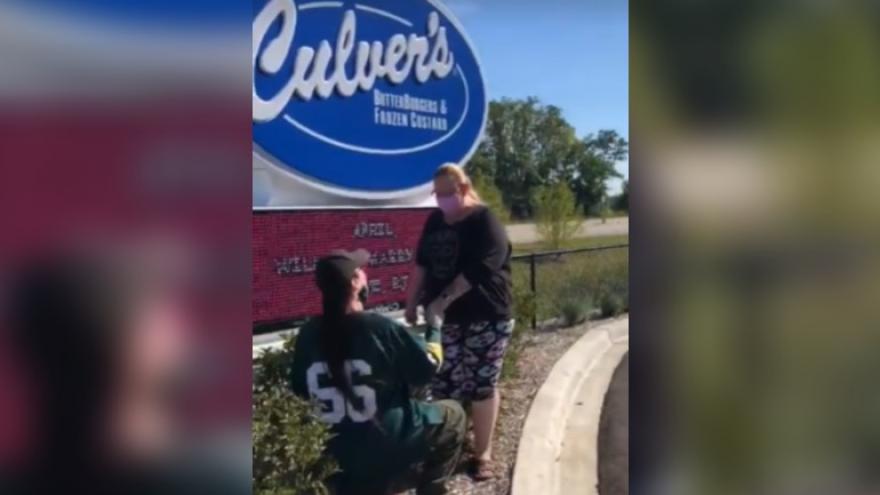 KENOSHA, Wis. (CBS 58) -- For the past eight years, April Masterson and Ralph "RJ" Sirna, Jr. have enjoyed going out to eat at Culver's. 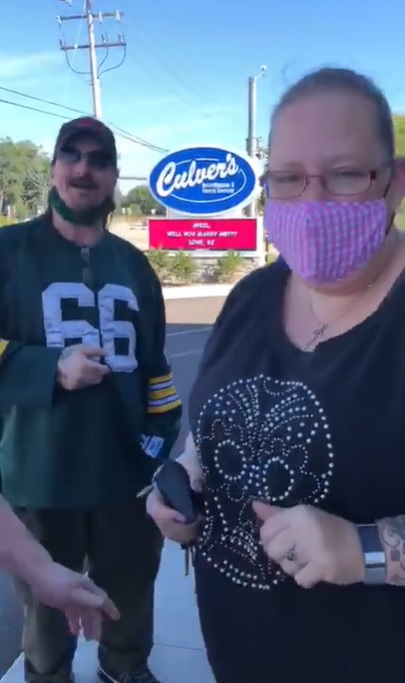 The couple has been talking about tying the knot for some time, but wanted to wait for the perfect moment. Preferably in front of April's parents who live in Arkansas.

On Saturday, Sept. 19, RJ told April to get her family together so they could all go to Culver's for custard. When they arrived, RJ told April to stay in the car for a few minutes. April told CBS 58 she knew something special was about to happen.

RJ returned to get April, walked her around to the front of the restaurant, and to her surprise the Culver's sign marquee read, "APRIL, WILL YOU MARRY ME??? LOVE, RJ."

In front of April's parents, cousins, and daughter, RJ got down on one knee and asked April to be his wife.

April told CBS 58 she was expecting the engagement but did not expect it in this way at all.

"This was a very big surprise to me. I thought it was really sweet. I really enjoyed it," April said.

After the proposal, the entire family got custard, with Culver's treating April and RJ to free "Concrete Mixers" -- the couple's favorite!

The whole thing was captured on camera. Watch it below.