Wisconsin 'Move Over Law' Only Applies to Certain Vehicles 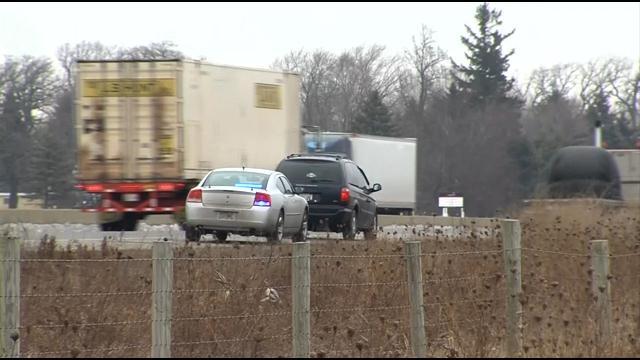 By now you're probably aware of the state's 'Move Over Law', which requires drivers to move over, or slow down for emergency vehicles parked on the shoulder.

But as it stands, the law only applies to four groups: law enforcement vehicles, emergency responders, highway construction crews, and tow trucks.

It does not apply to the average citizen, stranded on the side of the highway with a flat tire or empty gas tank.

"We have the red and blue emergency lights, and we have the authority to enforce the move over or slow down law," says Milwaukee County Sheriff's Deputy Van Callies. "The average citizen? They have hazards, and that's it."

It's an issue that's coming to light following the death of a West Bend teen, struck and killed on the shoulder of Highway 45 on Monday.

Callies says even if you're not legally obligated to move over, you should.

"It's tragic, and something that could be avoided by just taking the time to slow down."

Part of the problem stems from what State Patrol Commander Timothy Carnahan refers to as the "butterfly effect".

"In some cases, particularly among people who are very tired or impaired, when they tend to look at your vehicle on the shoulder, some people will unconsciously steer in the direction that they look."

By making the effort to move over, he says drivers are less likely to accidentally cross the fog line.

"It's always good to give everybody that safe cushion." he says.

There are also steps you can follow if you're the driver stranded on the shoulder.

First, pull over as far as you can, past the shoulder if possible. If there's no shoulder, or limited buffer space, don't hesitate to contact law enforcement for back-up.

"If they need back-up from a squad car to give them a little more protection, they should feel free to call," says Callies. "We respond to those calls all the time."