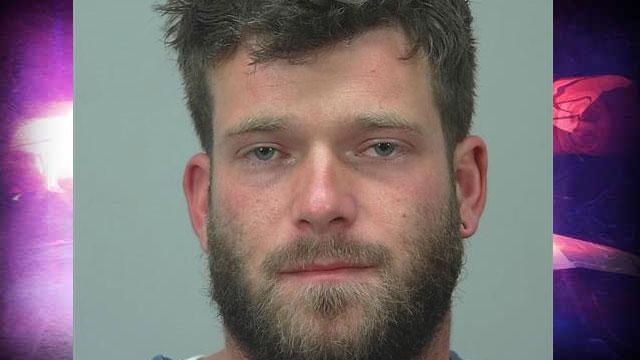 A man was arrested after road rage turned into allegedly ramming his truck into a vehicle repeatedly in Dane County.

At approximately 4:49pm on Sunday, the Dane County Communications Center reported a caller was driving in the Village of McFarland and his vehicle was continually being rammed from behind by a suspect driving a truck.

According to a release by Dane County Sheriff’s Office, a deputy located the suspect vehicle near Marsh Road and Broadhead Street in the Village of McFarland. The deputy initiated a traffic stop, but the suspect vehicle continued into the Town of Blooming Grove where a pursuit was initiated. With the assistance of a second deputy, tire deflation devices were deployed on Siggelkow Road near CTH AB. The suspect struck the device, continued through the posted stop sign and would not yield to emergency vehicles, despite having two, flat front tires.

The pursuit continued at speeds of approximately 20mph when the suspect vehicle stopped near the 2800 block of Siggelkow Road. The suspect, initially refusing to comply with deputies, was arrested at 5:00pm and identified as Tyler J. Donlon, age 25 of McFarland.

Donlon was booked into the Dane County Jail for OWI-4th offense; Felony Eluding and a Probation Violation. Additional charges against Donlon for 2nd Degree Recklessly Endangering Safety and Disorderly Conduct were added by the McFarland Police Department, after the victim reported an earlier road rage incident had occurred, as the two were driving south on Highway 51 towards McFarland.

Once stopped at a McFarland business, Donlon exited his vehicle and tried confronting the victim, who left the area in his vehicle. Donlon began following him through various streets in the Village of McFarland, when Donlon started to repeatedly ram the victim’s vehicle. No injuries were reported in the incident.