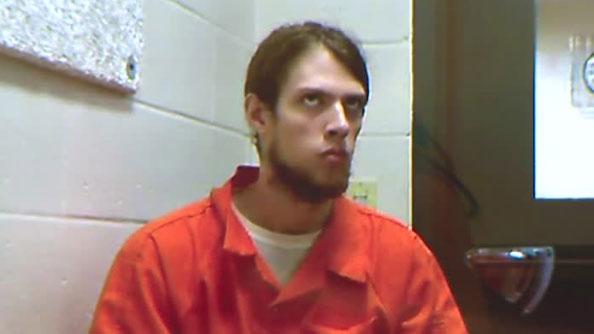 Jacob Cayer is suspected of killing two women and injuring another at a Hobart home on June 7.

On the night of June 7, police responded to a weapons report at a home in Hobart. When they arrived, they found a woman dead outside of the home. Inside the home, officers found a man alive with stab wounds to his chest and arms, and a woman dead in the bathroom.

The man found with stab wounds was taken to a local hospital where he underwent surgery.

Officers searched the premises of the home and found Cayer hiding in the rear wooded area of an adjacent property. He was taken into custody after being checked for treatment at a local hospital.