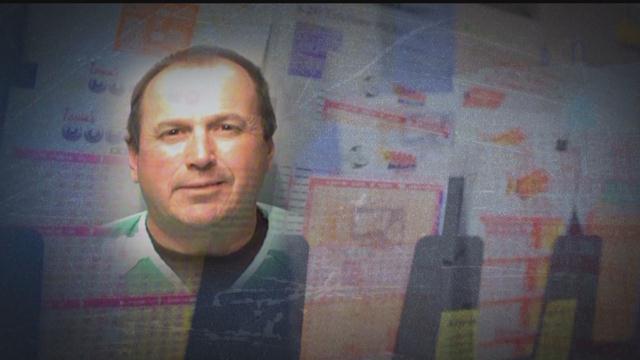 A Wisconsin lottery drawing is now under investigation after two brothers were busted in a lottery scam that spans several states.

The promise of winning millions has many ponying up a little cash for the lottery, but it turns out some of those drawings may have been rigged.

Tommy Tipton and his brother, Eddie are accused of trying to rig $19 million dollars worth of winnings across several states. Investigators discovered a code in Wisconsin's computer that showed the numbers were not randomly selected. These are for lotteries that are drawn by computers, unlike the mega-millions and powerball game, where a balls are drawn. It turned out Eddie Tipton who once worked for the lottery helped build the computer.

Snoopwall CEO Gary Miliefsky says, "An employee gets a security job to help protect a lottery system, figures out a way to hack the algorithm so he can win the lottery so he can pass the winnings on to his family multiple times. It's pretty ingenious if you think about it."

Wisconsin's state lottery requested a 2007 megabucks lottery drawing to be investigated. Lottery players we spoke with saw it as a violation.

Felicia Moore, a Greenfield Resident says, "I'm upset how dare he. We are all taking a chance with our hard earned money to become millionaires and here you are scamming us. I hope they lock him up. Him and his family members."

As the investigation continues, lottery players say, they may think twice before playing.