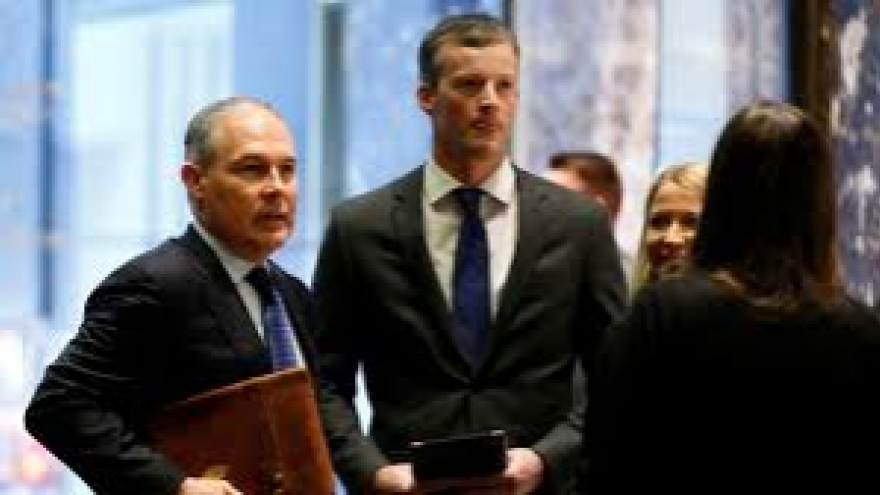 The Center for Media and Democracy claims that Pruitt, President Donald Trump’s pick to head the Environmental Protection Agency, has not provided access to emails and other official documents for up to two years.

The lawsuit alleges that the CMD has filed nine records requests with Pruitt's office since 2015 seeking communications between Pruitt's office and various energy corporations. The lawsuit says Pruitt's office has acknowledged it has 3,000 emails related to the group's first request but has failed to turned over any records.

A spokesman for Pruitt's office says it intends to comply with the "letter and spirit" of the law.