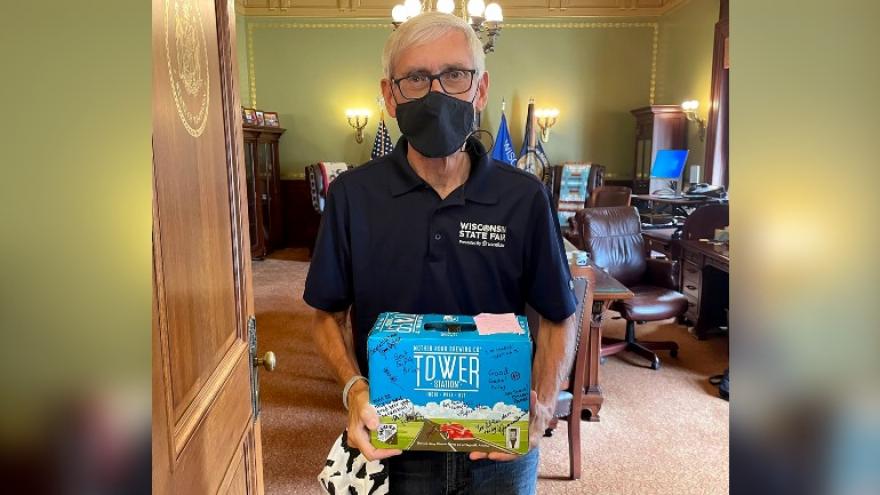 Gov. Evers made a bet ahead of the championship run with Arizona Gov. Doug Ducey that the Bucks would beat the Phoenix Suns.

Like all gracious losers, Gov. Ducey stayed true to his promise, sending a packing of beer to Wisconsin.

Although the brand was an Arizona-based company -- Mother Road Brewing Company -- Evers didn't seem to mind.

Thanks, @dougducey, for the pack of @MotherRoadBeer! Our @Bucks might've come out on top, but here's to an excellent NBA season, an incredible Finals series, and two talented teams. #BucksInSix pic.twitter.com/QYuuuhNIO5