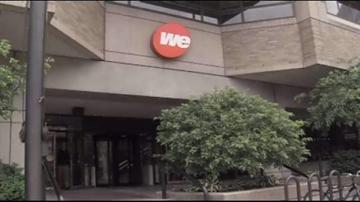 Wisconsin Energy Corporation is saying this is a big move for them as a business, but what customers want to know is will they see a difference in their gas and electric bills. A company spokesman said Monday this deal should have no impact on a customer's bill.

The Milwaukee based energy company is buying up Chicago based Integrys Energy Group.

Before the deal can be finalized, the two companies need to jump some hurdles by getting approval from several regulating commissions.

Once that happens, the new version of Wisconsin Energy Corp. will serve more than four-million customers in four states – Wisconsin, Illinois, Minnesota, and Michigan.

With the deal the company will also become the largest natural gas provider in the Midwest, and one of the largest in the country.

The company says this is all stuff its customers right here in the Milwaukee area will probably never notice.

\"Well really it shouldn't affect you very much at all because we're not planning to merge the utilities. It will be a total of seven different utilities within the WEC energy group after the combination is completed.\" said Rick White, WE Energies’ VP of Corporate Communications.

An energy expert from the University of Wisconsin in Madison tells us the fact that Wisconsin Energy gained such a big share of natural gas control in the Midwest really jumped out at him,  and that could have the largest impact for customers in the future.