Wisconsin DOT: Signs at tribal boundaries to include tribes’ names in native language and English 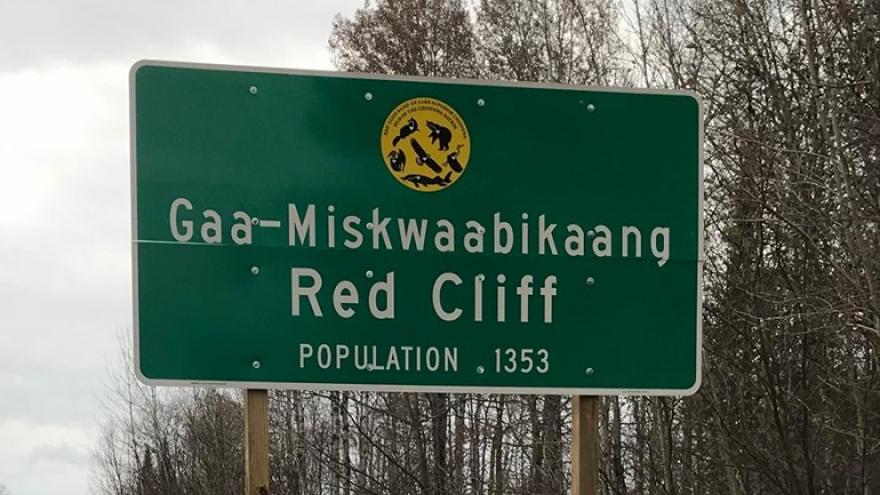 MADISON, Wis. (CBS 58) -- The Wisconsin Department of Transportation (WisDOT) announced they are working with the state’s federally recognized tribal governments to update the signage on state highways signifying the tribal boundaries in both English and native language renditions of the tribe’s name.

According to a news release, Wisconsin’s first dual-language sign was unveiled in Bayfield County in partnership with the Red Cliff Band of Lake Superior Chippewa. The 8.5-by-4.5-foot sign features the tribal seal followed by the tribe’s name in its native language -- Gaa-Miskwaabikaang, the English version and population of the tribal lands.

“We are excited to work with our tribal partners on a project where everyday infrastructure such as traffic signs can have a dual purpose as an educational tool,” WisDOT Secretary Craig Thompson said. “Traffic signage is always about signifying a sense of place. In Wisconsin’s tribal communities, there is no more specific way to define where you are than in their native language used to define the landscape so long ago.”

Gaa-Miskwaabikaang -- pronounced ga-misk-wah-be-kong -- means the place where there is red rock cliffs.

“We are truly honored to be the first of the 11 federally recognized tribes in the state of Wisconsin to have the dual-language signs,” Red Cliff Chairman Christopher Boyd said. “They incorporate our language into state signage, and those signs will identify to the general public that travel our area they are entering the boundaries of our reservation.”

A news release from the DOT says Wisconsin’s dual-language signs are similar to those seen near tribal areas in several other states. The new program for state highway signage is the latest development from a nearly 20-year partnership agreement among state and federal governments with the state’s federally recognized tribal communities.

These new dual-language signs join an inventory of more than 300,000 traffic signs throughout the state highway system and will be placed and replaced through existing work and state contracts.

The signs cost on average $350 to $400, including design, fabrication and installation, and are funded through two basic means:

Crews from the Bayfield County Highway Department placed the posts and installed one of the two signs at the Red Cliff’s tribal boundaries Wednesday. The other is to be installed today. Staff from WisDOT’s Bureau of Traffic Operations worked on the fabrication of the signs, and employees of WisDOT’s Northwest Region were instrumental in coordinating with the tribe.