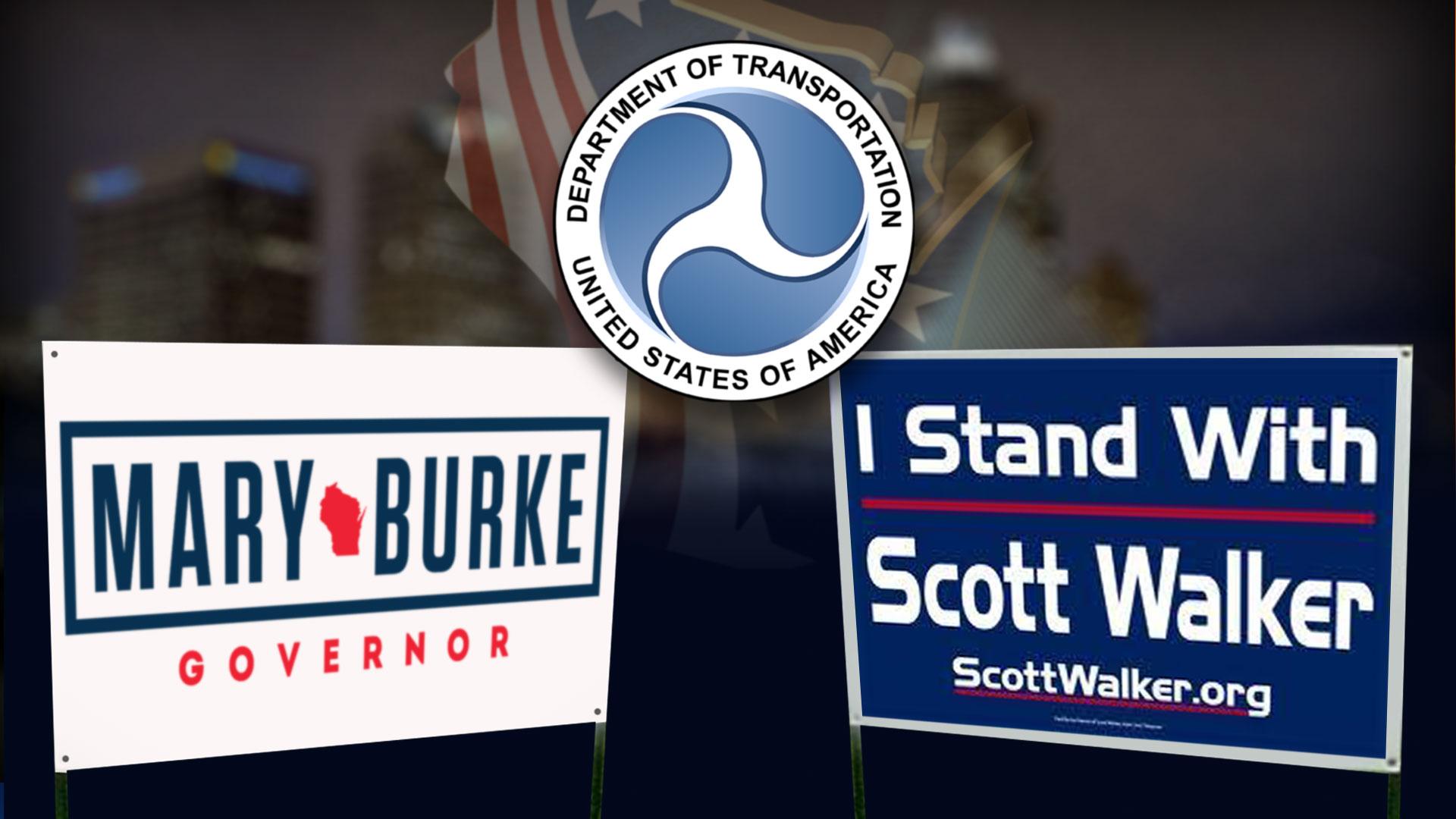 The Wisconsin Department of Transportation has a message for campaign workers: watch where you put those road signs. In fact, if volunteers aren't careful they could be breaking the law without knowing it.

Specifically, the DOT wants volunteers to avoid placing campaign signs along state highways where they could become safety hazards. According to a news release, except for official traffic signs, state law prohibits placing any signs or other objects in highway right of way. The prohibition extends to all numbered state, federal and interstate highways, as well as county highways, town roads, municipal streets, alleys, bike and pedestrian paths. In general, highway right of way in a rural area extends to beyond shoulders, ditches and any adjoining fence line. In urban areas, right-of-way generally extends beyond the sidewalk.

Signs are not allowed within street terrace areas, highway medians or roundabouts. With the landowner's consent, political signs are allowed on private property without a billboard permit as long as the signs do not exceed 32 square feet and contain no flashing lights or moving parts.

Additionally, if signs are placed in an illegal area the person who placed the sign could be fined between $10 and $500. Department of Transportation workers are instructed to remove signs they see violating the law.

Click here for more information from the Wisconsin Department of Transportation.