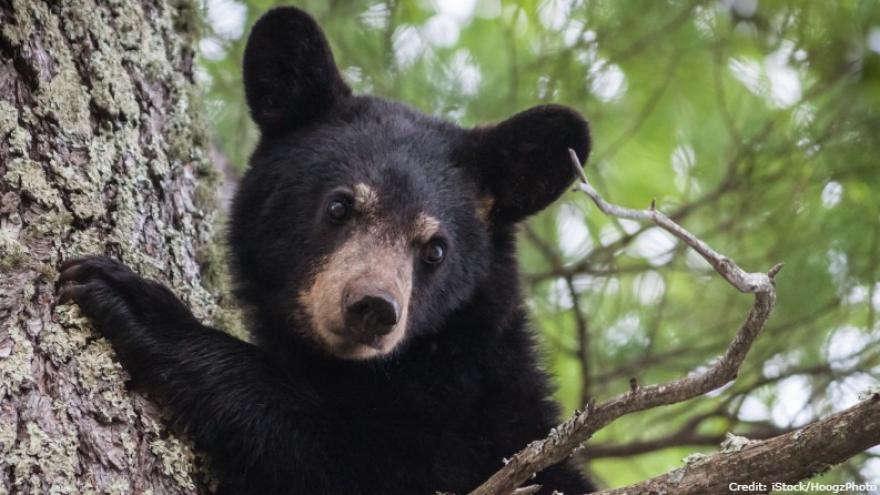 MADISON, Wis. (CBS 58) -- The Wisconsin Department of Natural Resources (DNR) is asking the public to report any black bear den locations they find across Wisconsin to support a new research study.

According to a news release, the study -- conducted by the DNR's Office of Applied Science -- will analyze the reported dens and generate estimates of reproductive rates within each bear management zone. These estimates will improve the accuracy of the population models for those zones.

The DNR says Wisconsin is home to a thriving black bear population estimated at more than 24,000 bears. The black bear's primary range is in the northern third of the state, but healthy black populations also occur in central and western Wisconsin. The range continues to expand outside the traditional bear range in the north due to an abundant population and suitable bear habitat that has facilitated southerly movement.

The DNR periodically reevaluates portions of its animal species population models, including black bears, to determine how many new black bears there are each year based on estimates of the average litter size, litter frequency and cub survival rates.

Black bear dens are often difficult to locate, making public reporting essential to collecting data to support the study and increase the accuracy of the black bear population model. Known dens from prior years can be useful if they are still in use, and the public is encouraged to report as much information about the den's location and recent use as possible.

The DNR’s researchers have begun working with local and federal biologists, tribal partners and the general public to locate black bear dens. In late winter, research staff will collar female black bears and collect data at each den, including recording the sex, weight and body measurements of the sow and cubs.