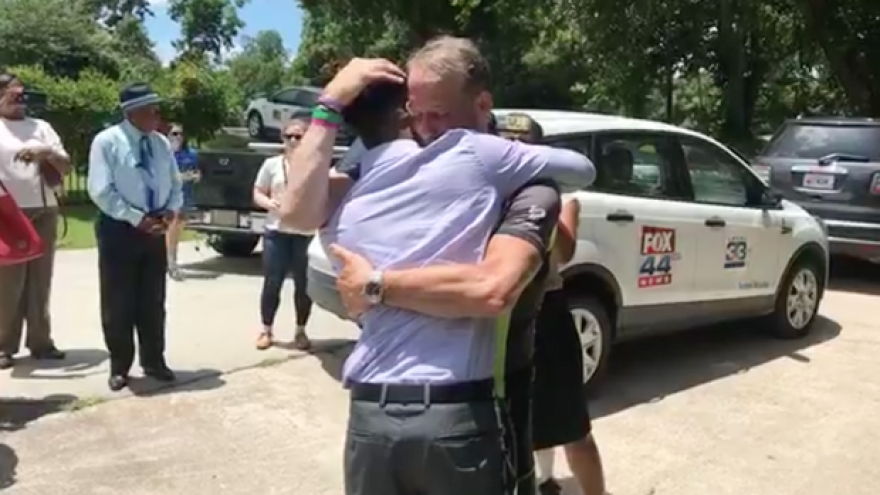 It had been five months since Bill Conner suddenly lost his 20-year-old daughter, Abbey, and he felt like he had to do something to honor her short life.

So, on May 22, a day after his son, Austin, graduated from college, Conner hopped on a bike and began riding across the country.

"This is what she would want me to do," Conner told CBS News.

The dad decided to travel 2,600 miles -- from his hometown of Madison, Wisconsin, to Fort Lauderdale, Florida -- to visit Broward Health Medical Center, the hospital that recovered Abbey's organs for donation back in January.

Abbey and her brother were found unconscious, face down in a resort pool over winter break in Cancun. By the time the pair were discovered and pulled out of the water, Abbey had suffered an irreversible brain injury.

She was flown to Fort Lauderdale, where she was kept on life support until doctors could harvest her organs for transplant.

At the age of 16, as soon as she got her license, Abbey made the decision to be an organ donor. It was something her family had previously discussed.

"She registered. It's something that she knew a long time ago. Unfortunately, it came to fruition, but that's Abbey," Conner said. "If you had her as a friend she always had your back, and for her to be helping people in need -- that fits who she is."

As Conner said his final goodbye to his "baby girl," another family's drama was playing out at another hospital a few states south. There, 21-year-old Loumonth Jack, Jr. was told his days were numbered. 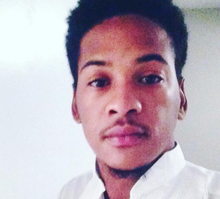 The young man from Lafayette, Louisiana, suffered a heart attack and his heart was quickly failing.

He needed a miracle, and then came Abbey.

When Conner informed the Florida donation center that handled Abbey's organs about his decision to ride on her behalf, the group sent letters to every recipient, asking if they'd be interested in meeting the woman's father.

"The only person who has responded at this point is Jack Jr., the heart recipient," Conner said.

Conner was given Jack's contact information and reached out to the young man several times before they arranged to meet in Baton Rouge on Father's Day -- 1,400 miles into Conner's trip.

"He's a really humble kid," Conner said. "Obviously, you know, I'm a dad. His parents raised him well. He's very courteous and respectful and he's got an old soul."

When Conner met Jack Sunday afternoon he felt like he already knew him. The pair walked toward one another with their arms outstretched.

"Knowing he's alive because of Abbey, Abbey is alive inside of him -- it's her heart having him stand up straight," Conner said. "I was happy for him and his family, and at the same time, I got to reunite with my daughter."

After sharing a minute-long hug, Jack pulled out a stethoscope so Conner could hear his daughter's heartbeat for the first time since she died in January.

Listening carefully, surrounded by Jack's friends and family, Conner heard the thumping. Both men began to tear up.

"She saved me and I can't repay her. I wish I could but I can't," Jack told CBS affiliate WAFB in Baton Rouge. "All I can do is send my love to her family."

The family made a recording of Jack's heart so Conner could listen to it as he rides.

After spending a little more time together, Conner continued on his journey to spread awareness about the importance of organ donation, sharing his daughter's story along the way.

"It's about not being selfish and burying things that could help people live or live better lives," Conner said. "If you want a legacy -- what better legacy could you have than to help people live?"