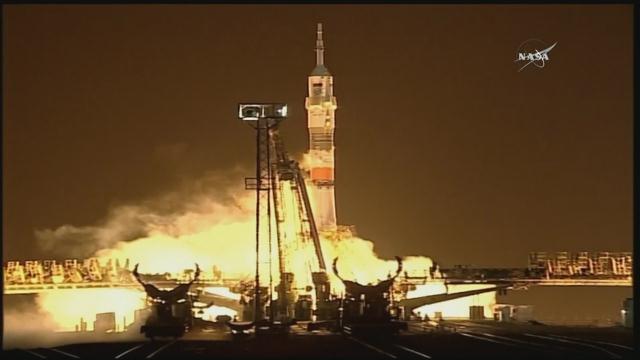 A Winter, Wisconsin man lifted off from Kazakhstan Friday afternoon heading to the International Space Station.

In Sheboygan there was a launch viewing party.

CBS 58's Bill Walsh asked Emerson how Williams body will be impacted by the trip into space.

According to Emerson, he will grow three and half inches lose 20% of body mass

Willams may experience advanced osteoporosis, according to Emerson.

Jeff Williams may break Scott Kelly’s record for American most cumulative days in space because this is his fourth trip into space.

This record will be broken in two weeks in space.