1 PM Update: As snow comes to an end snow reports are pouring in

1 PM Update: As snow comes to an end snow reports are pouring in

The winter storm warning has expired for all of southeast Wisconsin. A few lingering snow showers remain through about 2-3 p.m. but the evening commute should be dry. Expect road conditions to stay tricky during the evening commute.

Snow reports coming in continue to go up with parts of Dodge County now picking up about 8" of snow. Most of the area remains with snow totals between 3-7". Milwaukee has officially picked up 6.1" at the airport which is more than last weekend's storm.

Snow has become a bit more scattered, especially across some of our southern and southwestern counties. There are still heavy snow bands in place so a couple additional inches of snow is possible.

Snow totals across most of the area range from 3-7" so far with the highest totals coming across Waukesha, Dodge and Fond du Lac Counties.

The winter storm warning is still expected to expire at noon Wednesday as snow is expected to end around then.

Update as of 8:00 am Wednesday

We have some snowfall updates since yesterday.  Just as we expected some places have gotten more than 6 inches of snow, including Fond du Lac and Waukesha. 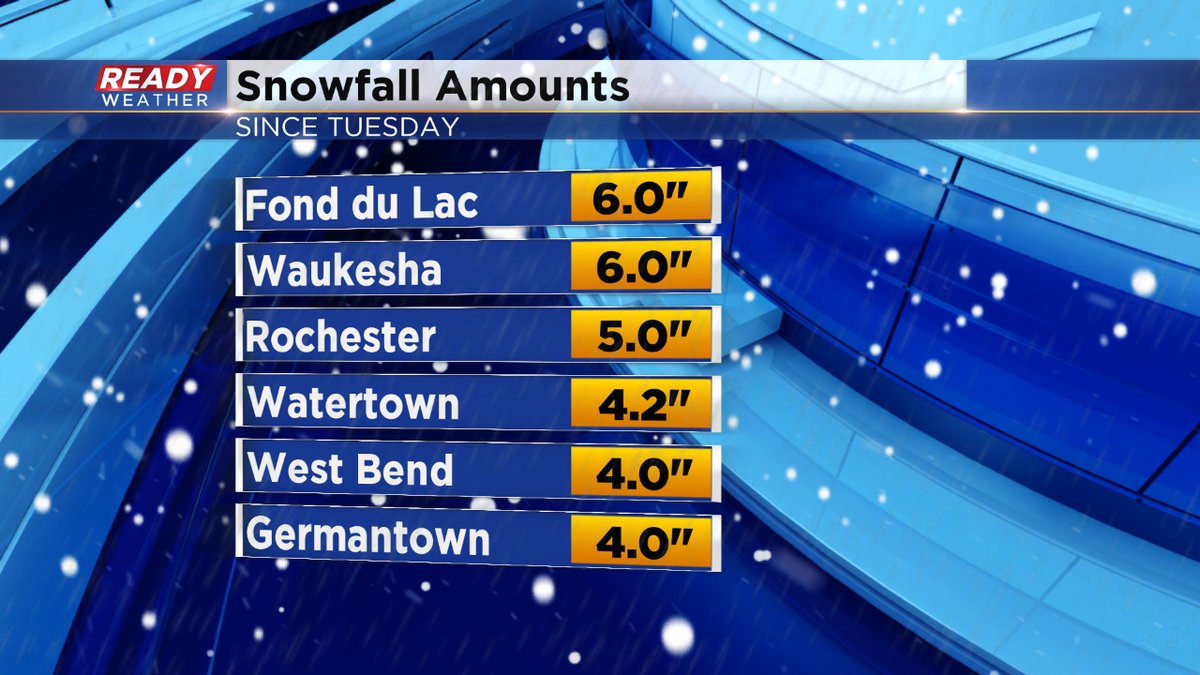 Elsewhere, many of us have seen between 4 and 6 inches.  We'll add a few more inches this morning before the precip tapers off into the afternoon. The Winter Storm Warning expires at noon.  Then soon we'll focus on the very cold weather coming.

The snow will continue all morning long, perhaps adding a few inches  to the grand totals.  4-7" amounts are common.  The precip will taper off this afternoon.  Luckily the wind isn't too brisk, but it'll pick up the next few days really bringing the wind chill numbers down. 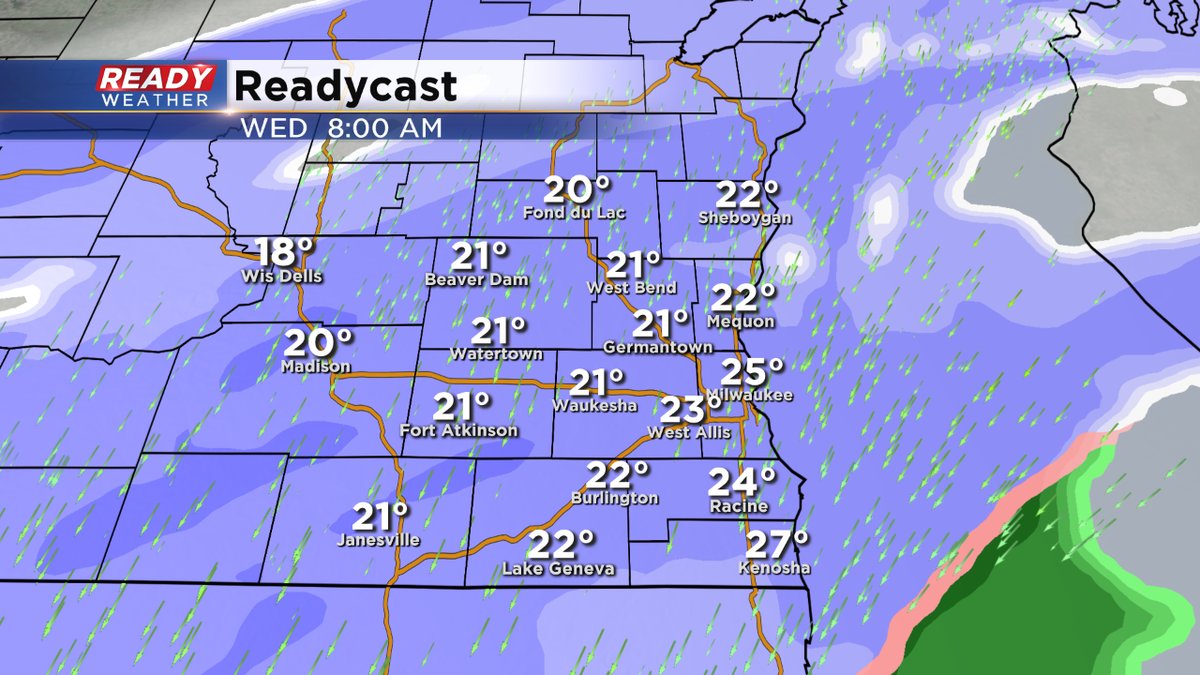 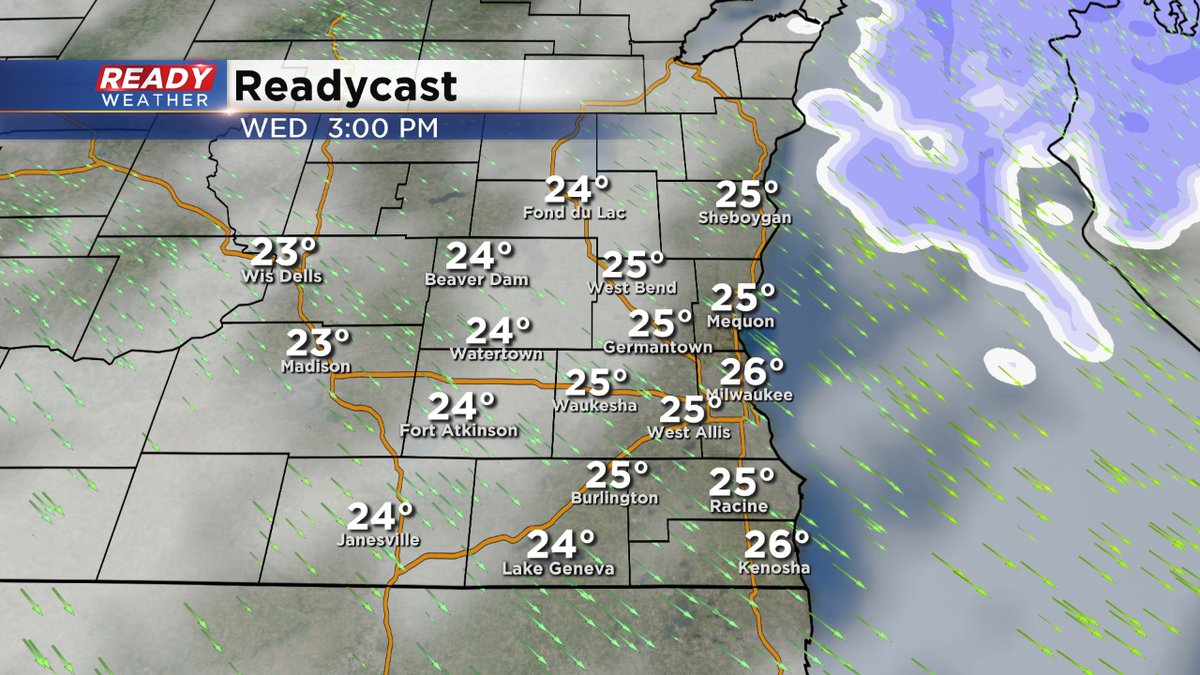 The Winter Storm Warning continues through the morning.  Expect another inch or two during this time. This is on top of the 4-6"+ amounts we've seen since Tuesday. Watch the roads.  They are slick and hazardous. 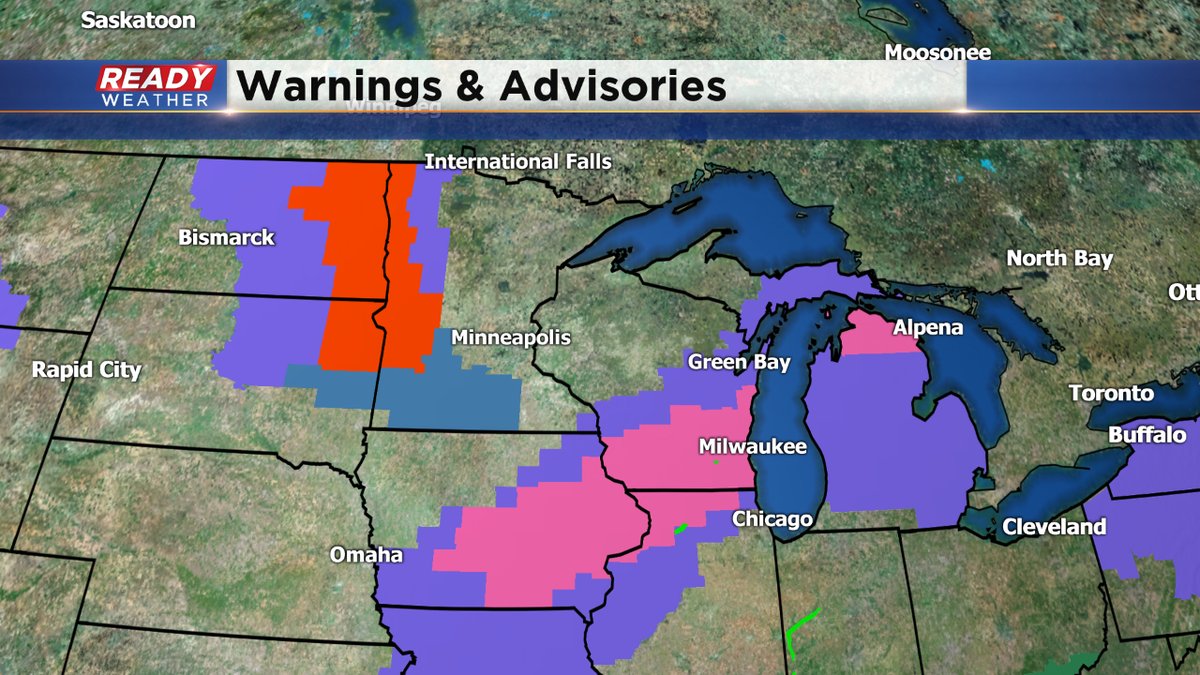 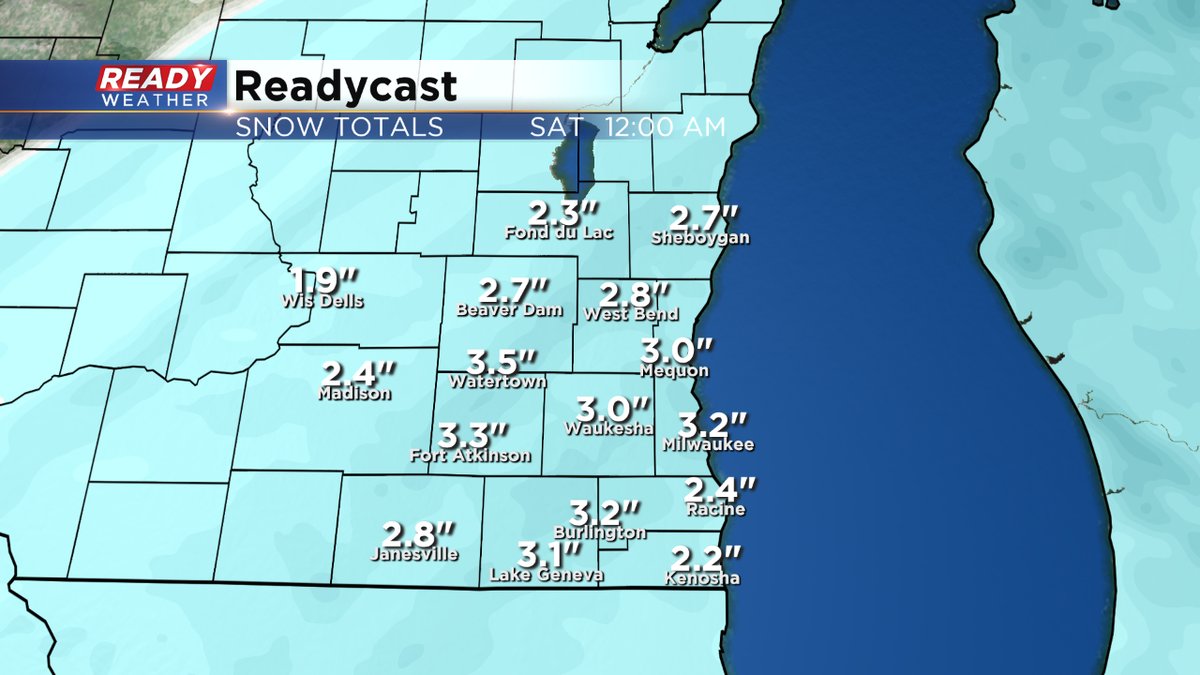 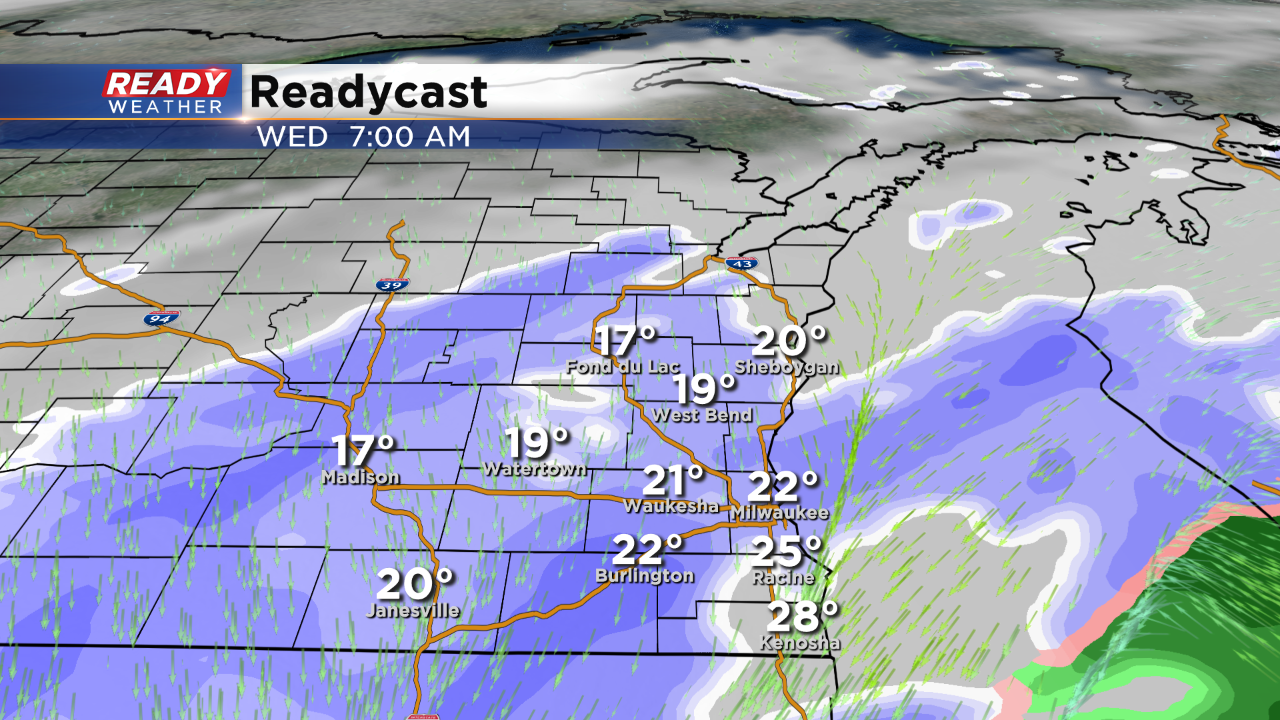 Snow should remain steady overnight into tomorrow morning.  Another batch of snow will accompany the morning commute and gradually weaken by Noon.  Slick roads are expected between 4 am and 10 am. 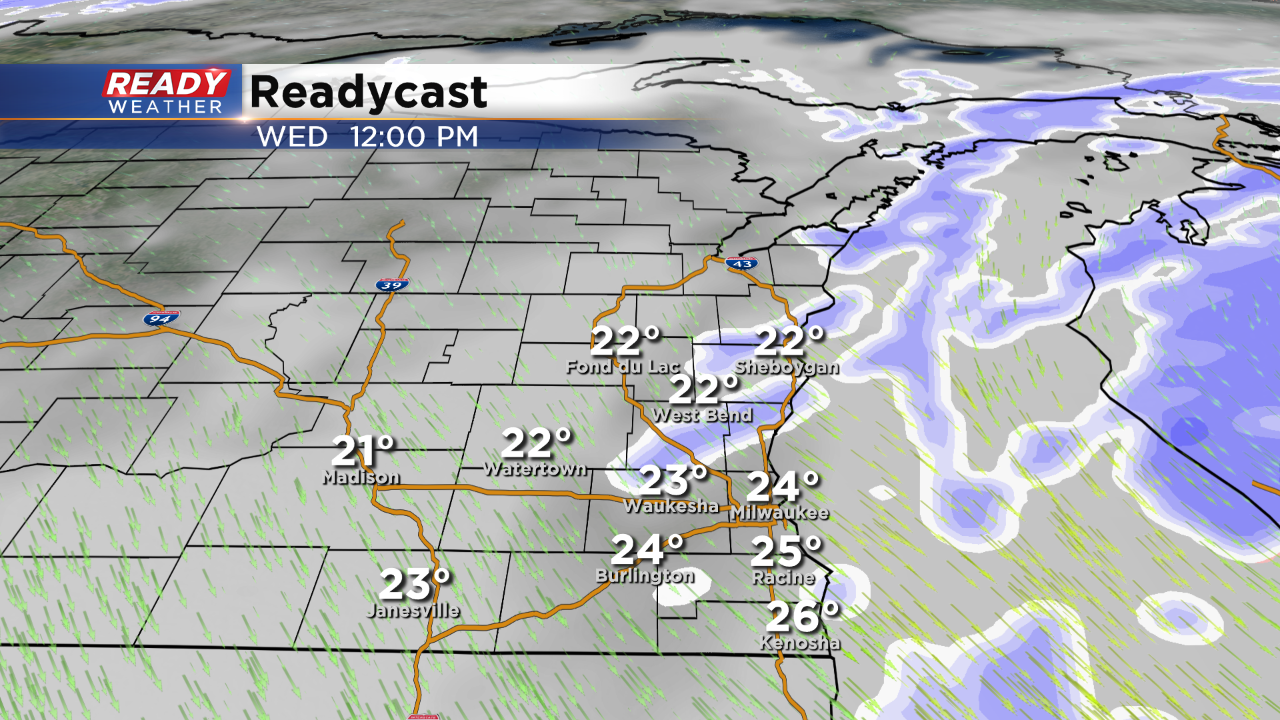 Still thinking 5" to 8" for totals by Wednesday afternoon.  An arctic blast of air is forecast for the weekend with another snow chance on Friday. 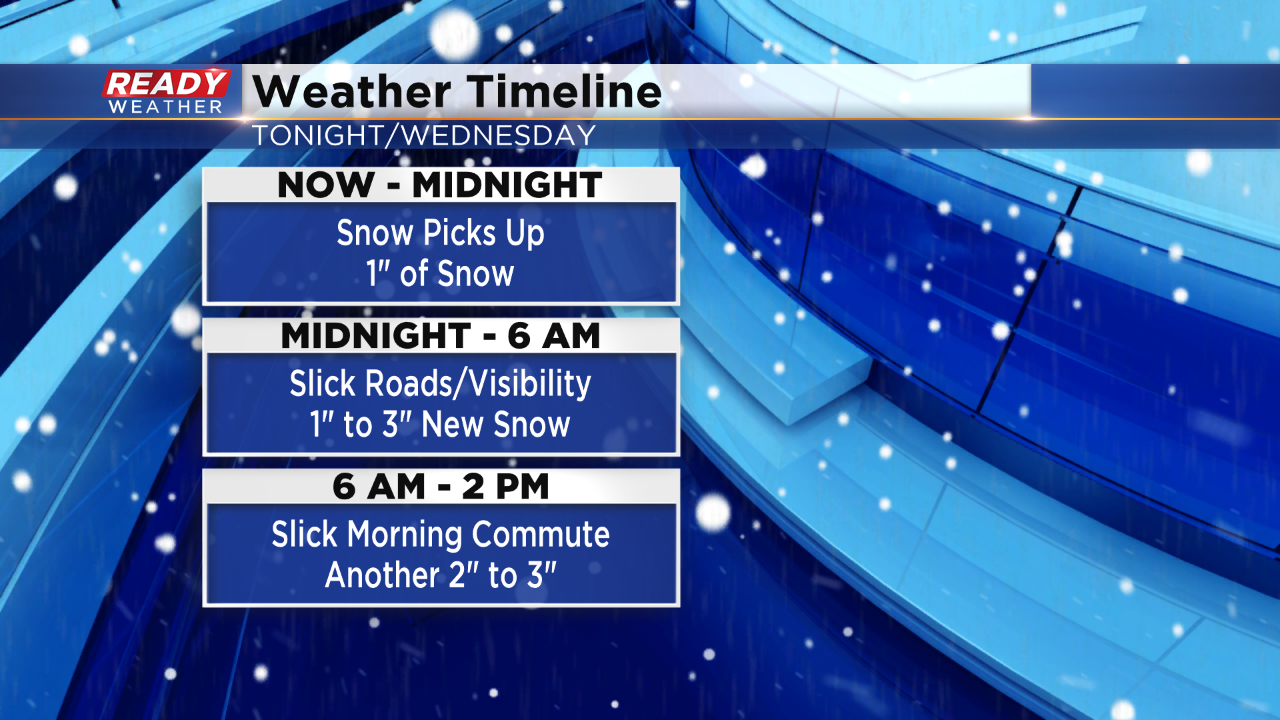 So far tonight most areas have picked up between 1" to 2" of snow. 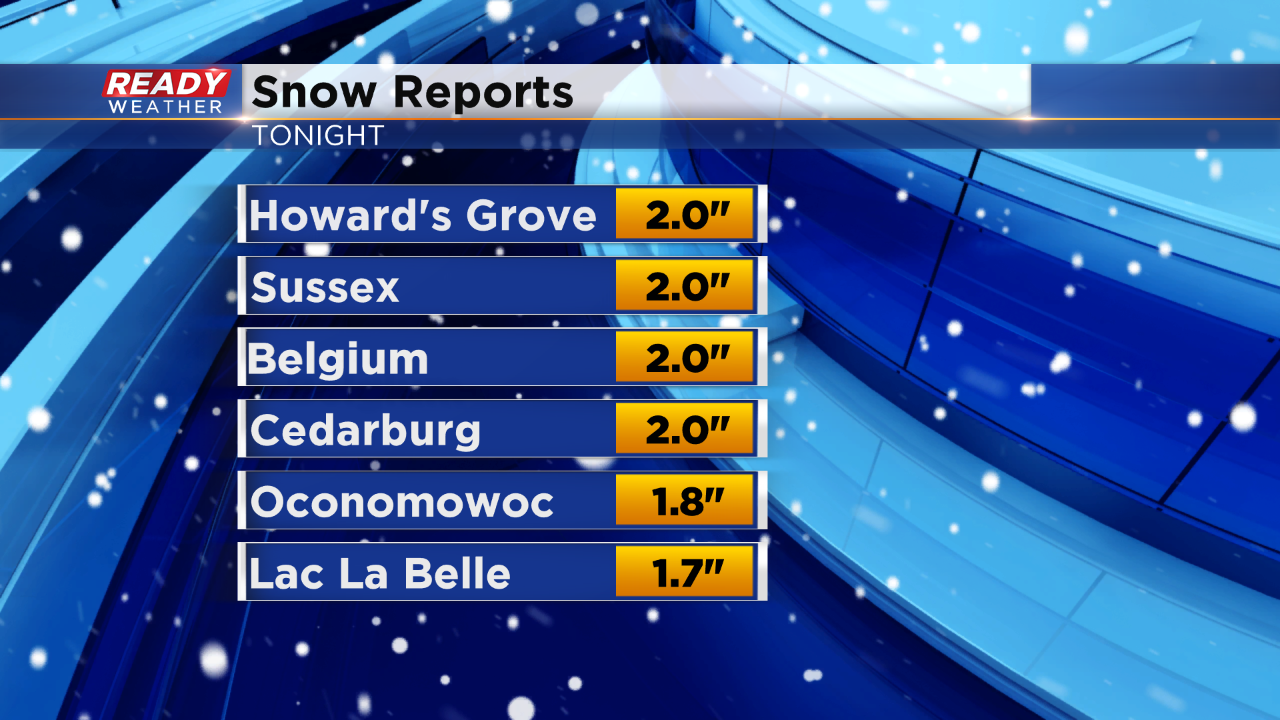 After looking over the latest models, there's not much changing.  It still looks like 5" to 8" will be common across the area by Wednesday late afternoon.

From now until Midnight we are expecting another inch of snow.  Between Midnight and 6 am another 1" to 3" of snow is expected.  Heavy snow will accompany the morning commute with the best upper level dynamics moving through.

A big rush of snow will occur from 6 am to Noon with lingering snow into the early afternoon. 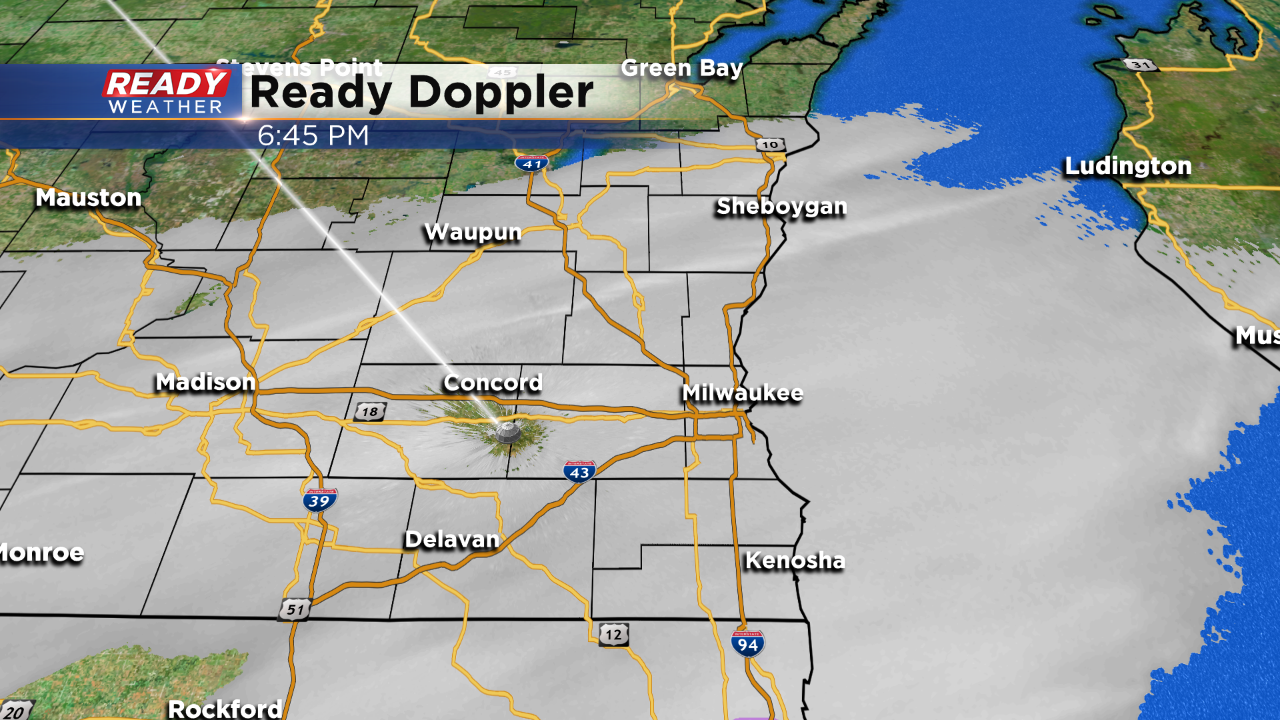 No changes to the going forecast.  Total snow will range between 5" and 9" by late Wednesday afternoon.

Roads have become slick with temperatures in the 20s this evening.  Now through Midnight expect 1" to 2" of snow.  Overnight through tomorrow morning we will have several more inches of snow.  The morning commute will be slick and tricky. 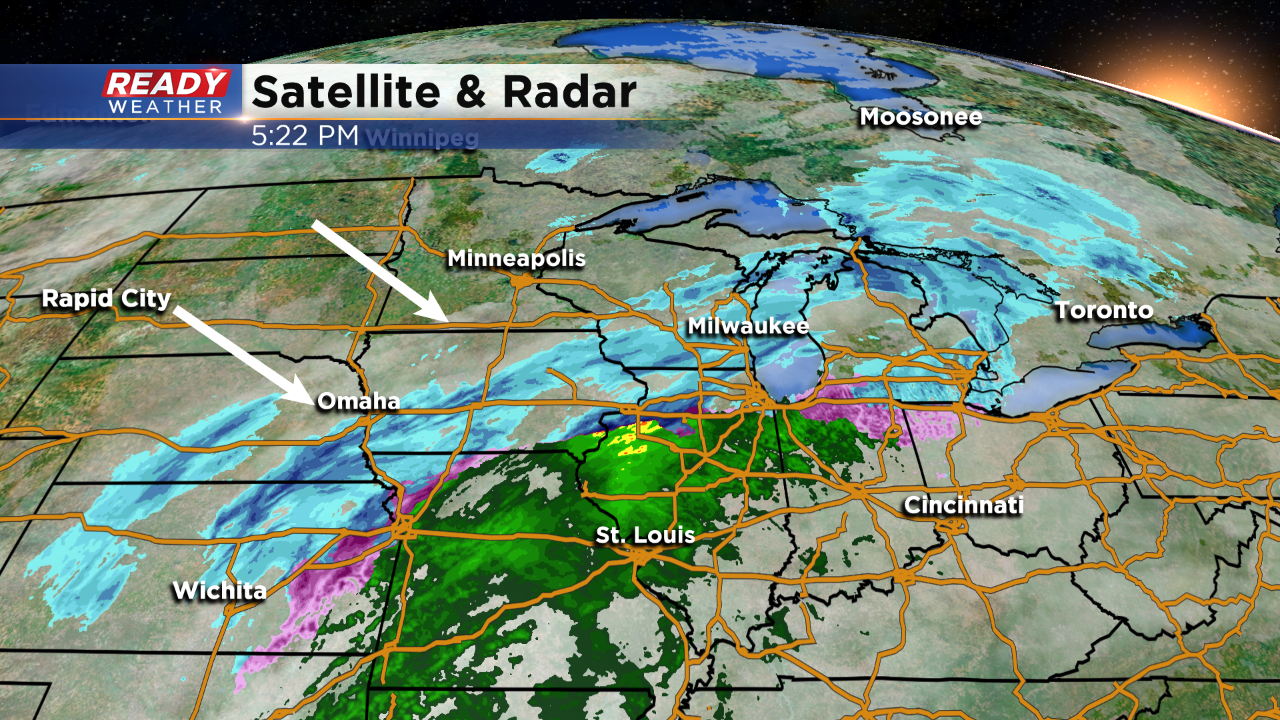 The snow has started to fill in all across the area.  The snow will pick up and intensify between 7 pm and Midnight.  We expect 1" to 2" this evening with roads becoming slick.

The snow extends way back into Nebraska and will train across our area through 2 pm Wednesday.  No changes to the 5" to 9" of snow expected across the area. 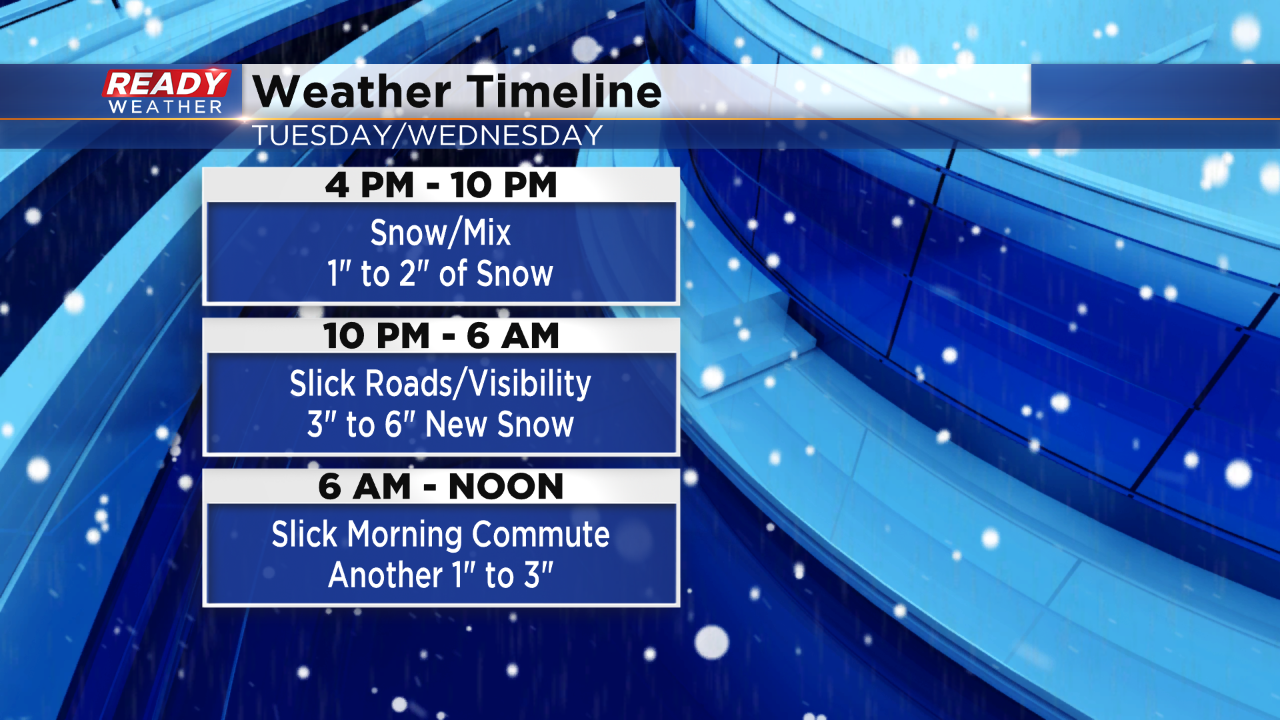 The snow has started to fall across the area.  Snow showers will continue to pick up in intensity later this evening and overnight.  With temperatures in the 20s roads will quickly become slick and hazardous.  The heaviest snow will fall between Midnight and 6 am with lingering snow through Noon Wednesday. 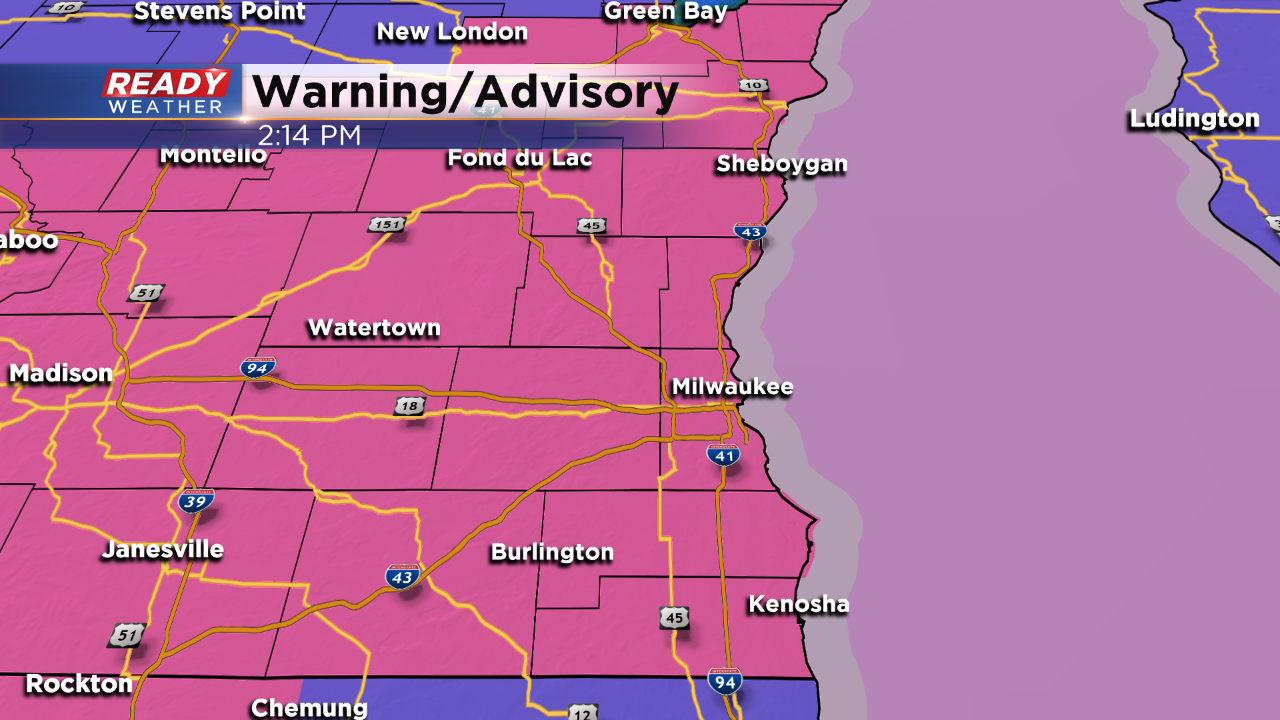 The NWS has issued a winter storm warning for the entire area.  A swath of 6" to 10" of snow is likely across all of southeastern Wisconsin.  Locally higher amounts are possible within the heaviest band of snow.

This evening expect light snow mixing with freezing drizzle.  Heavier snow will kick in after 9 pm and last overnight into Wednesday morning. 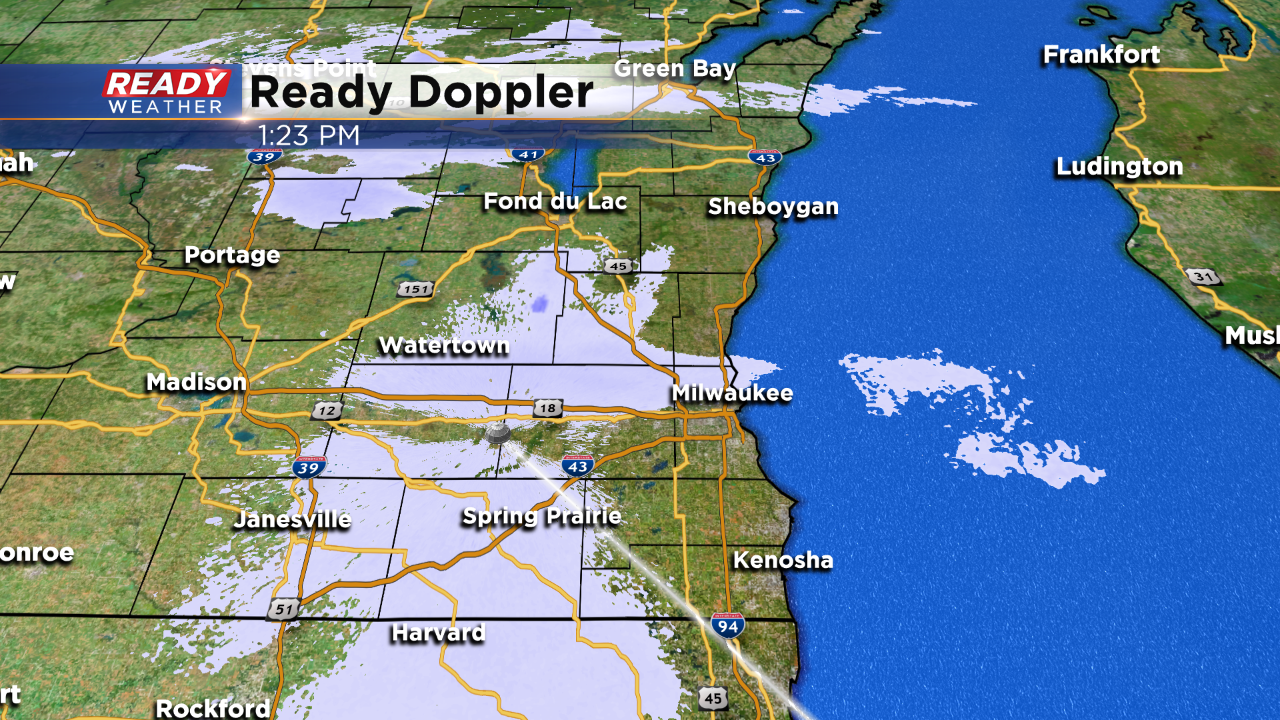 Light snow and freezing drizzle will continue this early afternoon.  As the cold air moves in and the upper level layers of the atmosphere become saturated, heavier snow will develop across the area.  The models are really putting SE WI into a sweet spot for heavier snow tonight.

I will be working on updated snowfall totals within the next hour.

Most of us were upgraded to a Winter Storm Warning overnight except for Kenosha and Racine Counties.  This goes until noon on Wednesday.  3 to 7"+ amounts of snow are possible. 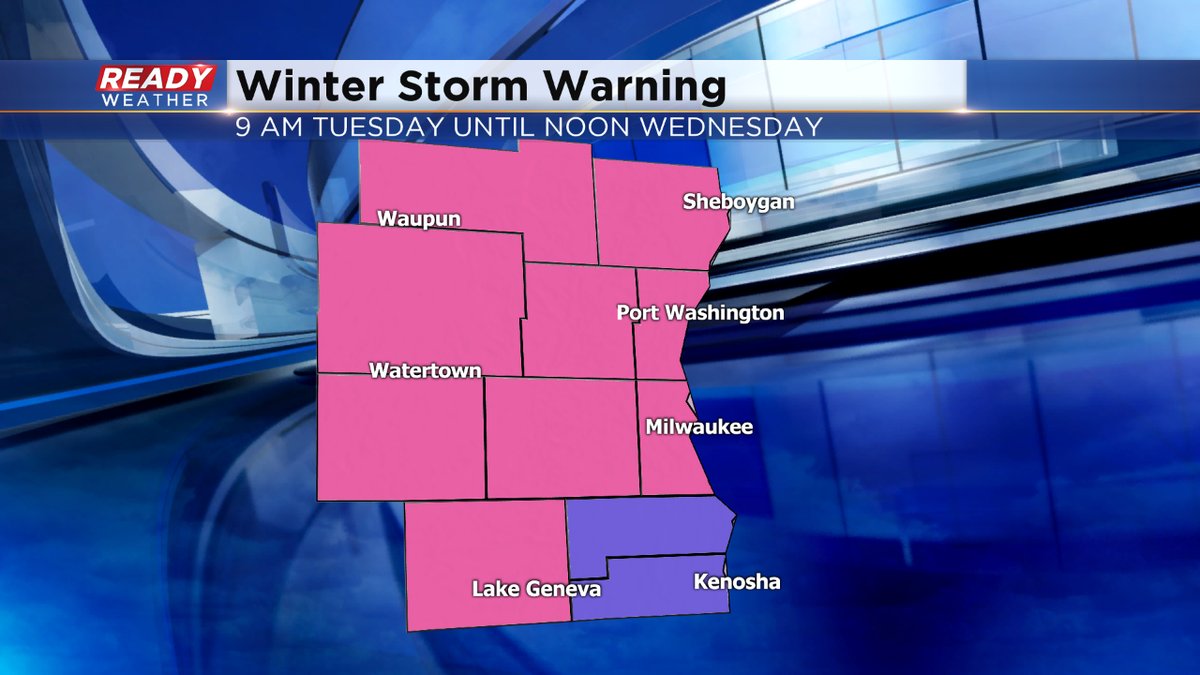 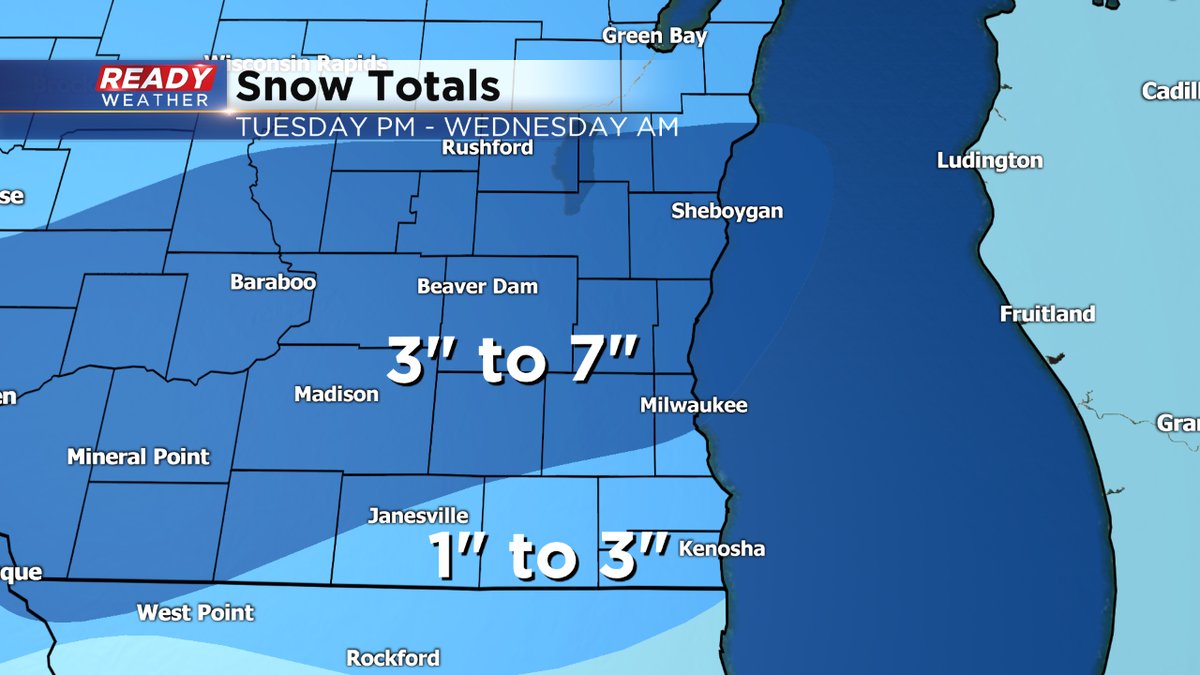 We could see some wintry mix toward the Illinois border, keeping amounts down a bit.  Then behind this system, the temps really drop.  In fact look for negative numbers into the end of the week.

The NWS has issued winter storm watches and winter weather advisories for all of our area.  They start Tuesday morning at 9 am and go through 6 am Wednesday. 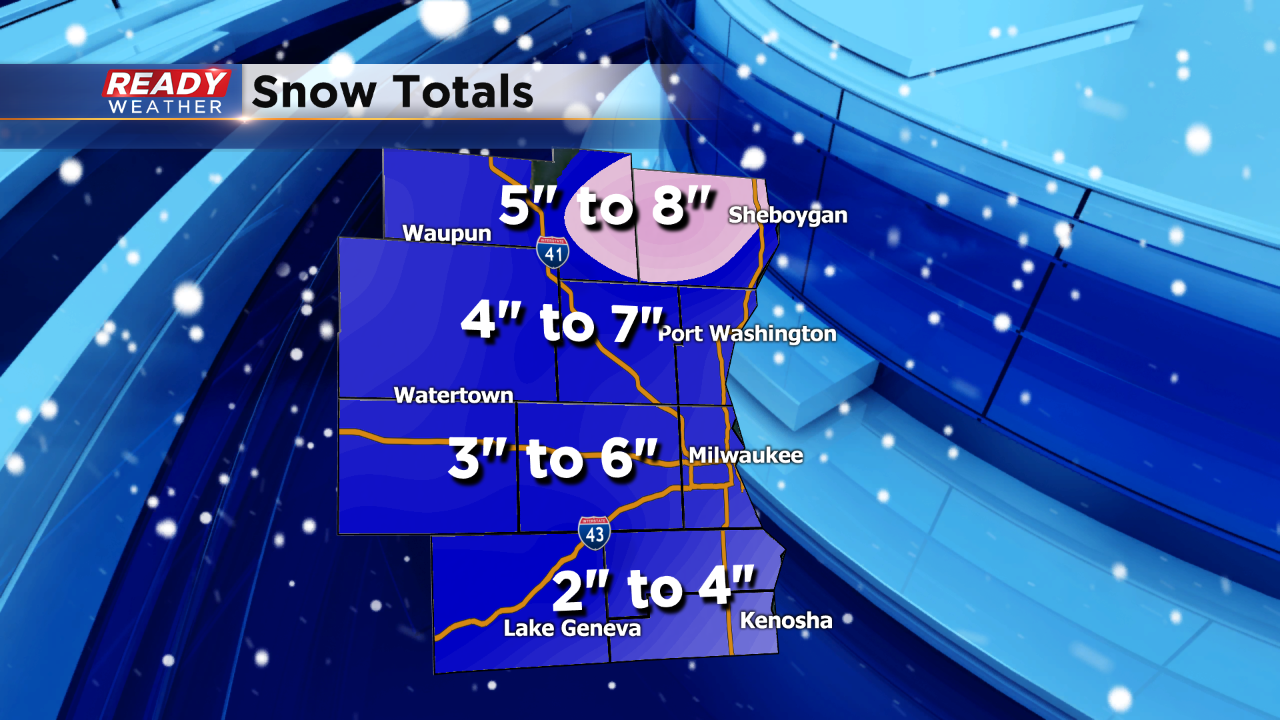 There's a good chance that the watch and some of the advisory counties will be upgraded to a warning over the next 12 hours.  The greatest chance for accumulating snow will occur across the watch area.  A swath of 5" to 8" is likely north of Milwaukee. 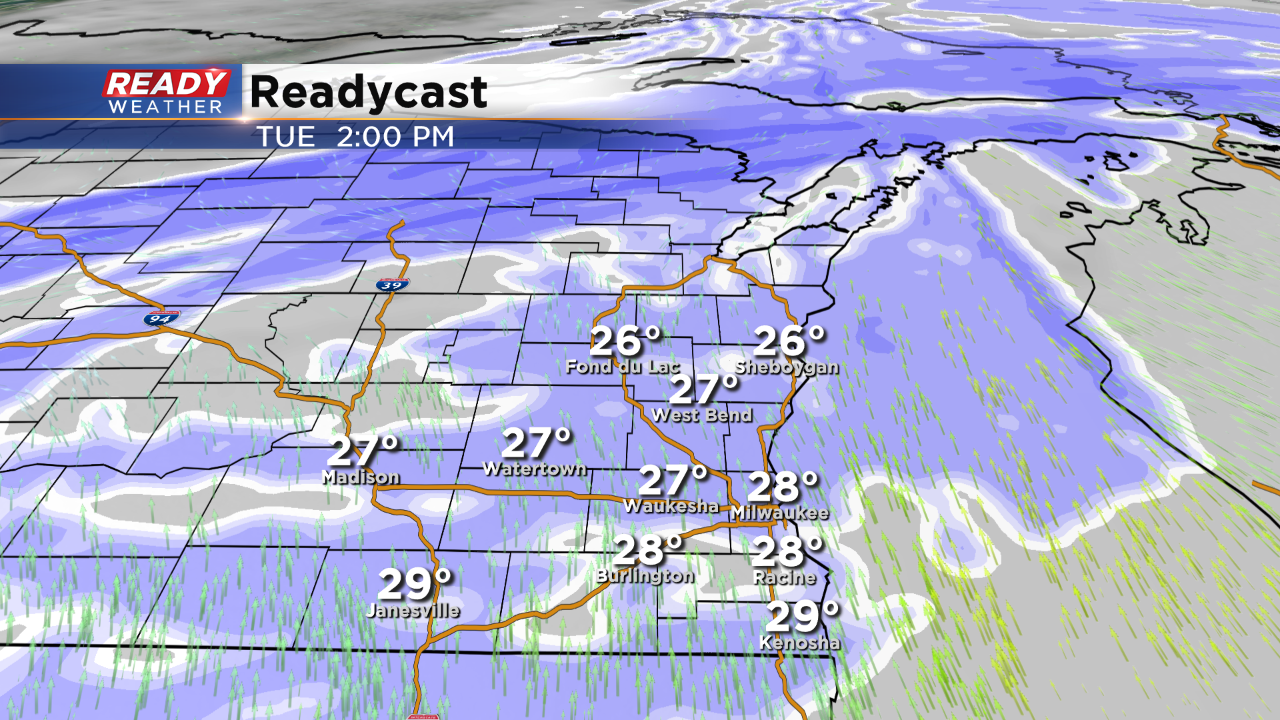 Snow starts to move across the area between Noon and 6 pm.  1" to 2" of snow is possible within that time.  There will likely be a mix of sleet and some snow to start during the afternoon.  That mix will likely be confined across our southern counties. 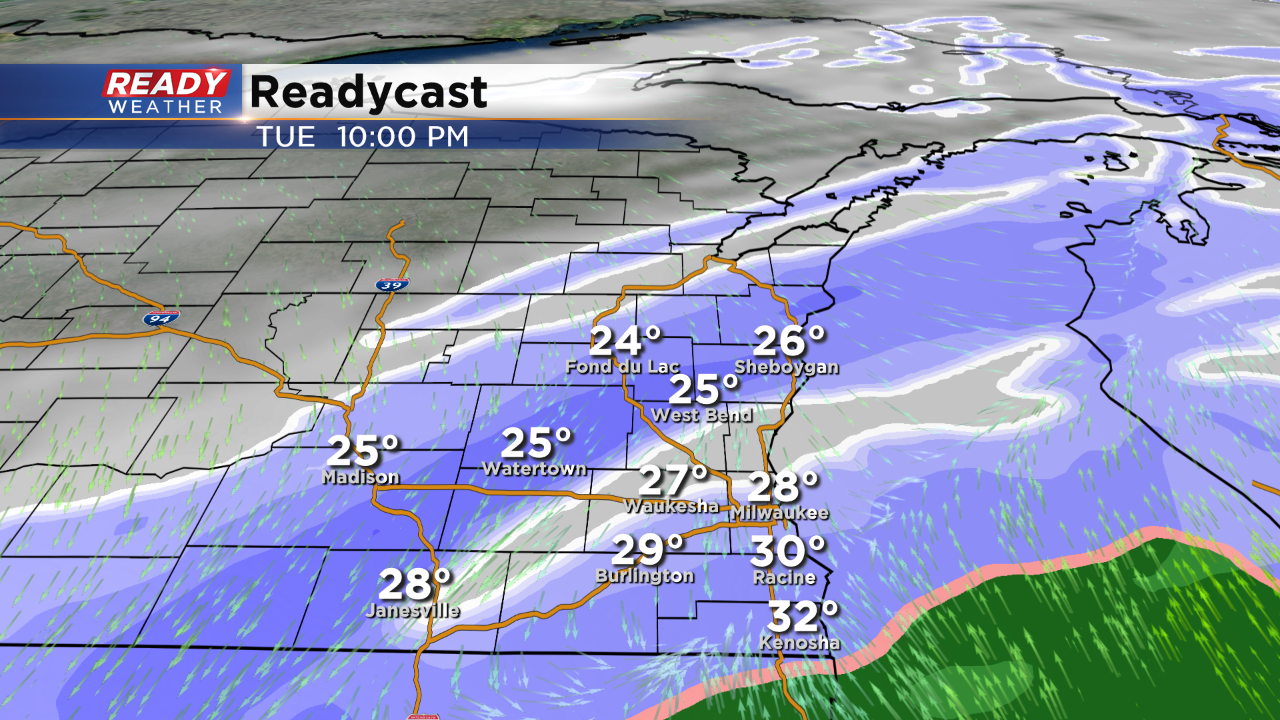 Snow will likely pick up between 6 pm and Midnight. Heavier snow between 1" to 3" is possible for the Tuesday evening commute.  Blowing snow will reduce visibility. 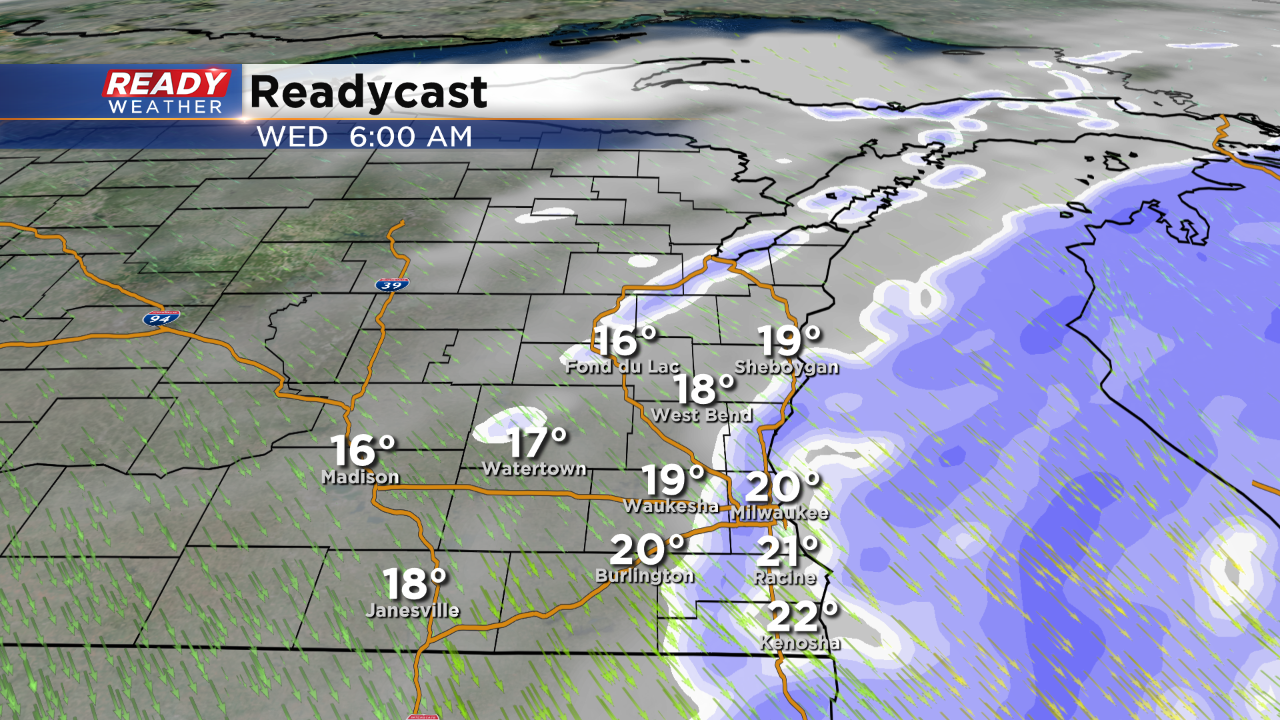