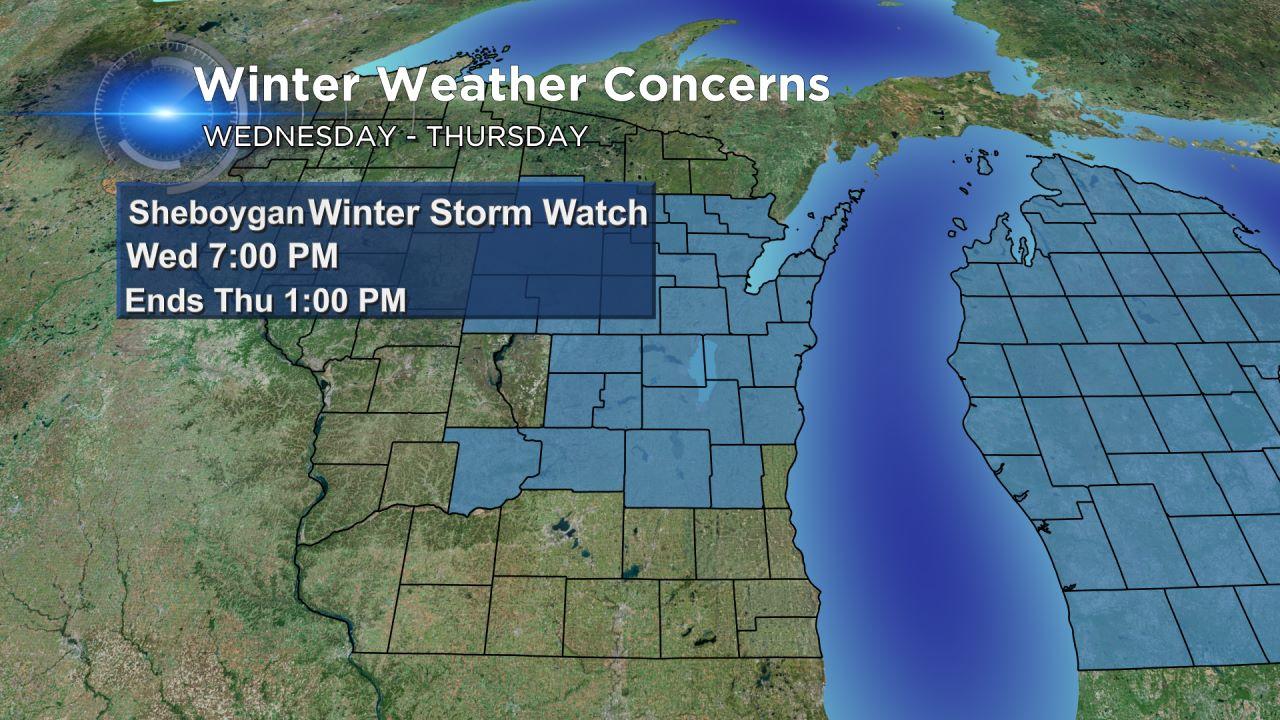 Update as of 7am Tuesday...

We're still on track for a midweek winter storm.  We should have a better idea of exact amounts a little later this afternoon.  But one thing's for sure, this is a "juicy" system. 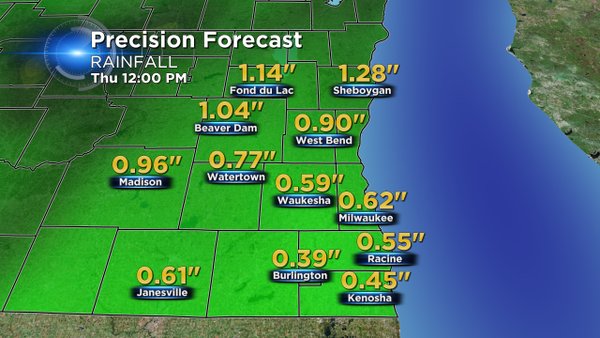 Rainfall equivalent could exceed more than an inch, especially north and west of the metro, and this is where we have a Winter Storm Watch later Wednesday into Thursday afternoon.  Tentatively, the metro area could see a few inches of slushy snow while places like Fond du Lac and Dodge counties could receive more than 6 inches.  But again, we'll have a better idea on numbers by late in the day.

The chance for winter weather continues to increase late Wednesday into Thursday.  The NWS in Milwaukee has issued a Winter Storm watch for Fond du Lac, Sheboygan, Dodge, and Washington counties for Wednesday night into Thursday morning.  The watch does not include the Milwaukee metro area at this point. 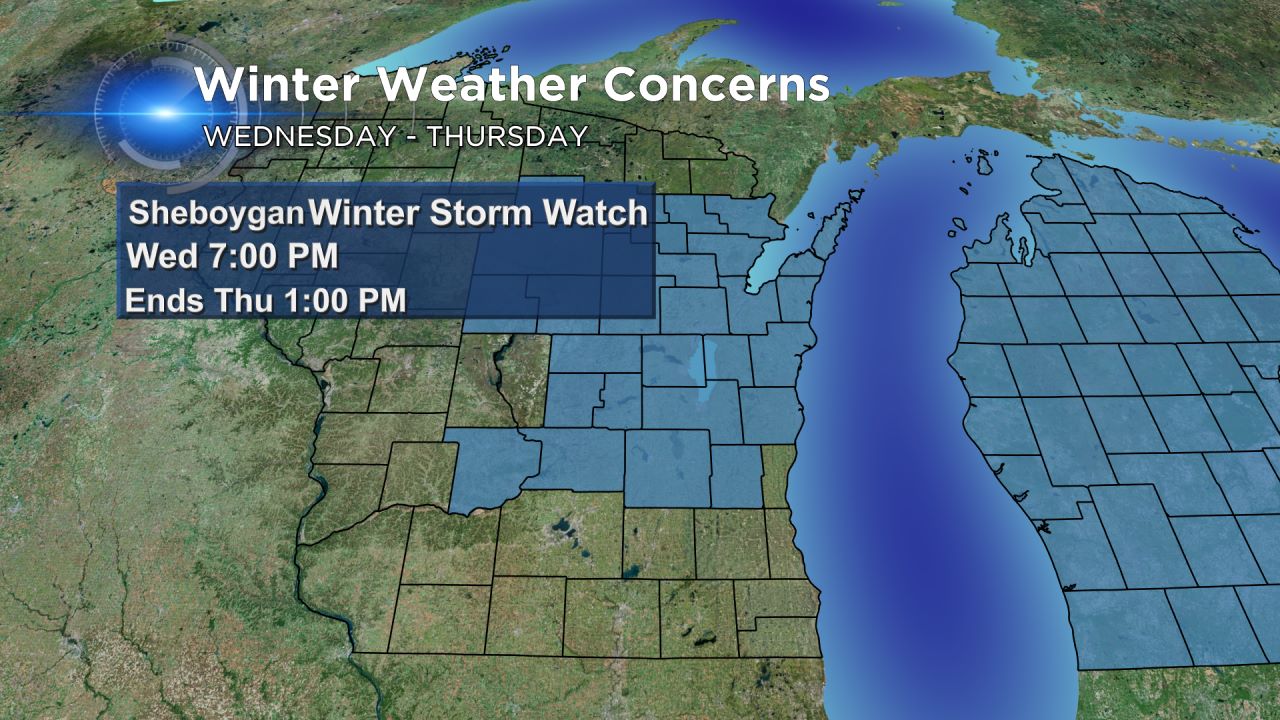 The computer model guidance continues to show several scenarios; however, we are feeling more confident in accumulating snow across the northern part of our viewing area.

Plenty of rain will arrive north of a warm front on Wednesday.  Temperatures on Wednesday will hover around 40 degrees with a stiff east to northeast wind. That rain is forecast to switch to sleet or freezing rain across the winter storm watch counties around 7 pm Wednesday.  The Milwaukee metro should stay rain Wednesday evening.  The cold air will move in late Wednesday night into Thursday morning turning the rain over to a mix of sleet and snow.

The Milwaukee area will see snow chances between 3 am Thursday until around Noon.  The morning commute could be impacted by the snow.  1" to 3" of snow is possible with the lowest totals along the border of Illinois and Wisconsin.  4" to 8" of snow is forecast within the Winter Storm watch counties.