Tuesday AM Update: Snow has ended, snow reports coming in

Tuesday AM Update: Snow has ended, snow reports coming in

The snow from last night has wrapped up. Roads are very slushy and slick so use caution when out and about driving. Snow totals are starting to creep in with many spots picking up between 1-3" but expect more reports as spotters start waking up. The additional snow in Milwaukee makes it the 11th least snowy December on record which is an improvement from the 5th least snowy it was yesterday. 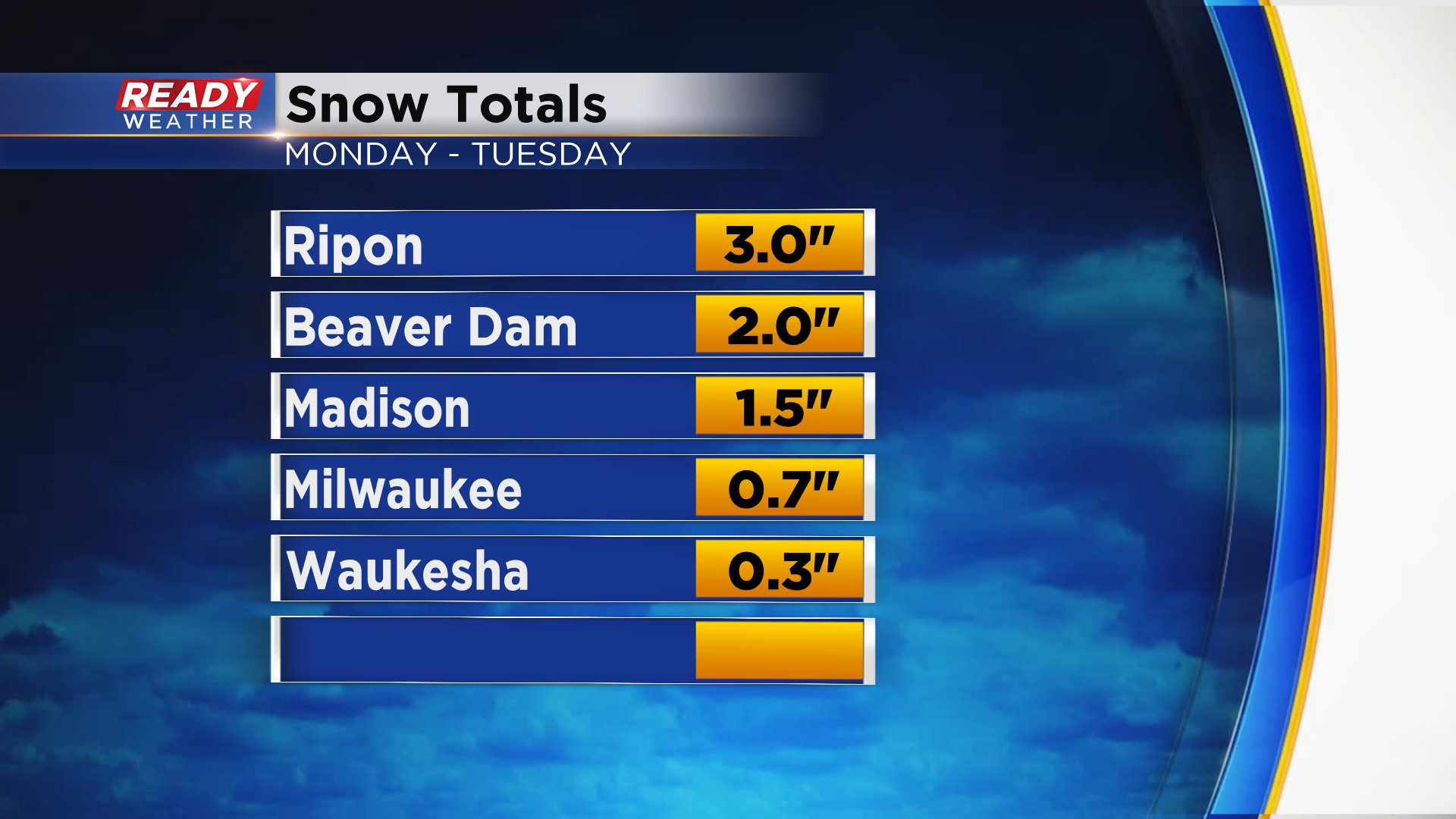 Light to moderate snow will continue through midnight.  Snow showers should come to an end around 3 am.  Some flurries are possible to start out Tuesday.  Slick side roads are possible.  Use caution while driving!  An additional 1" to 2" is possible. 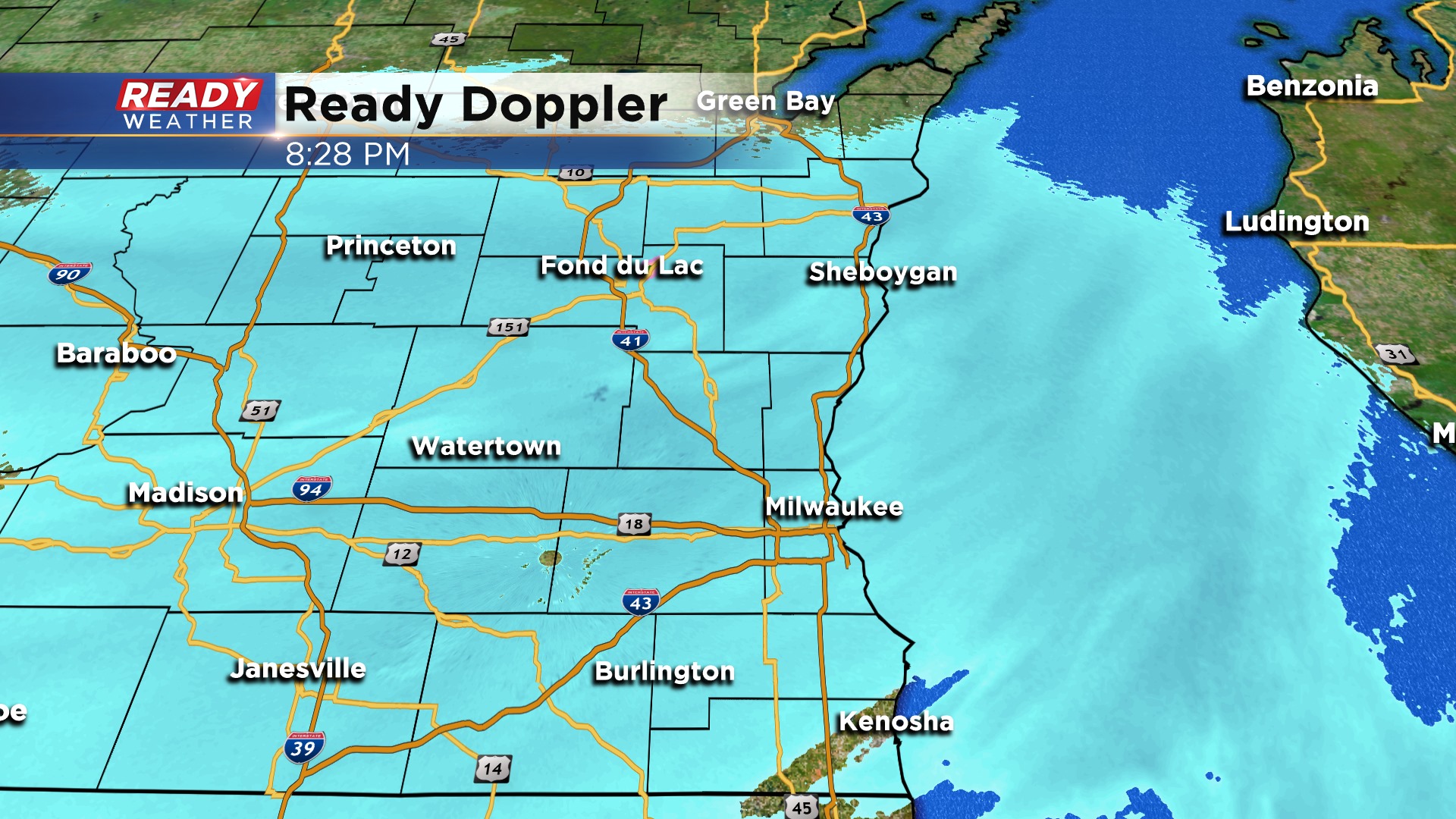 Slippery roads have been reported all across the area with the latest band of snow. Temperatures in the upper 20s have allowed for enough cooling for the moderate snow to stick.  Low visibility with some of the heavier snow is being reported.

Still looking at 1" to 3" areawide with the highest totals northwest of Milwaukee. 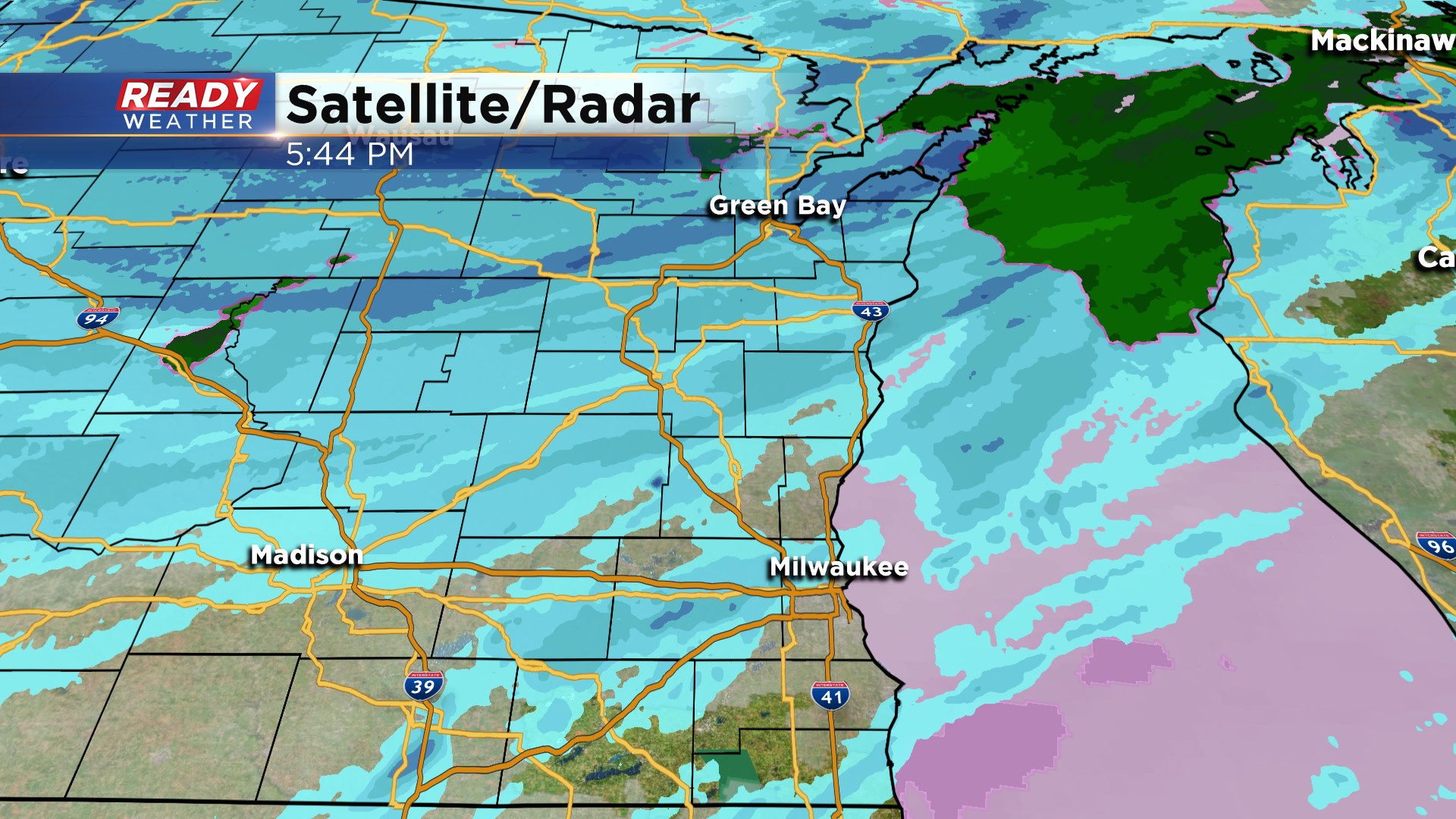 No changes to the going forecast.  Still expecting most areas to pick up between 1" to 2" of snow with higher amounts northwest of Milwaukee.

The snow showers are finally rotating into the metro this evening.  Visibility could become an issue with snow and wind.  Some side roads could become slick with temperatures falling into the upper 20s. 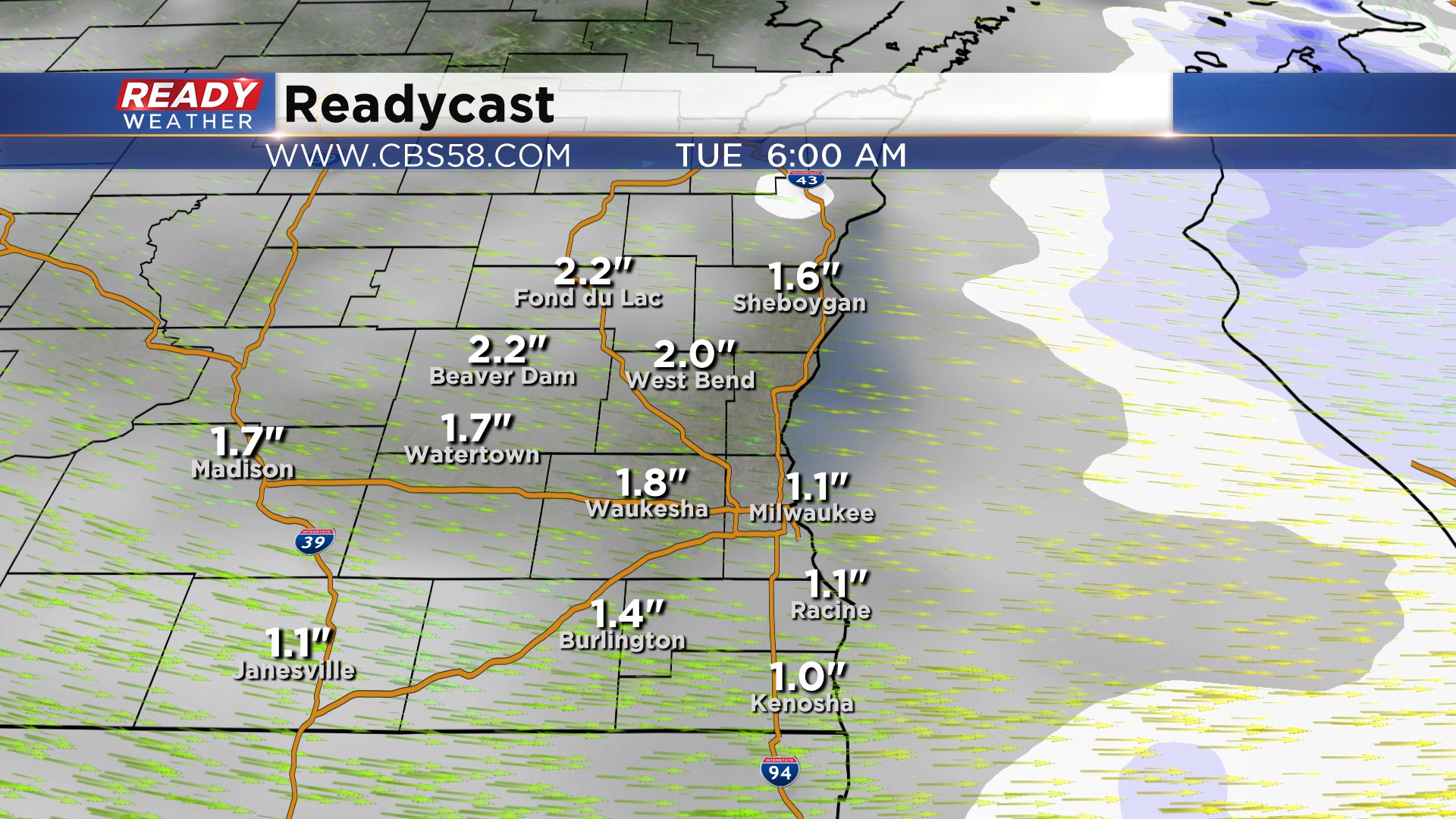 Snow will move throughout the area this evening and exit quickly after 2 am.  Overall 1" to 2" of snow is expected across the majority of the metro.  Areas northwest of Milwaukee could get closer to 3".

Winds will continue to gust between 30 and 40 mph.

Snow will continue to wraparound and move across the area this evening.  Wind and snow will lead to reduced visibilities especially within the advisory.

A rain band moving north through southeast Wisconsin switched over to snow early Monday morning. A few flurries are still lingering but the bulk of the snow has moved out of the local area. Expect roads to remain wet and slick at times this morning but we stay mostly dry until late morning. 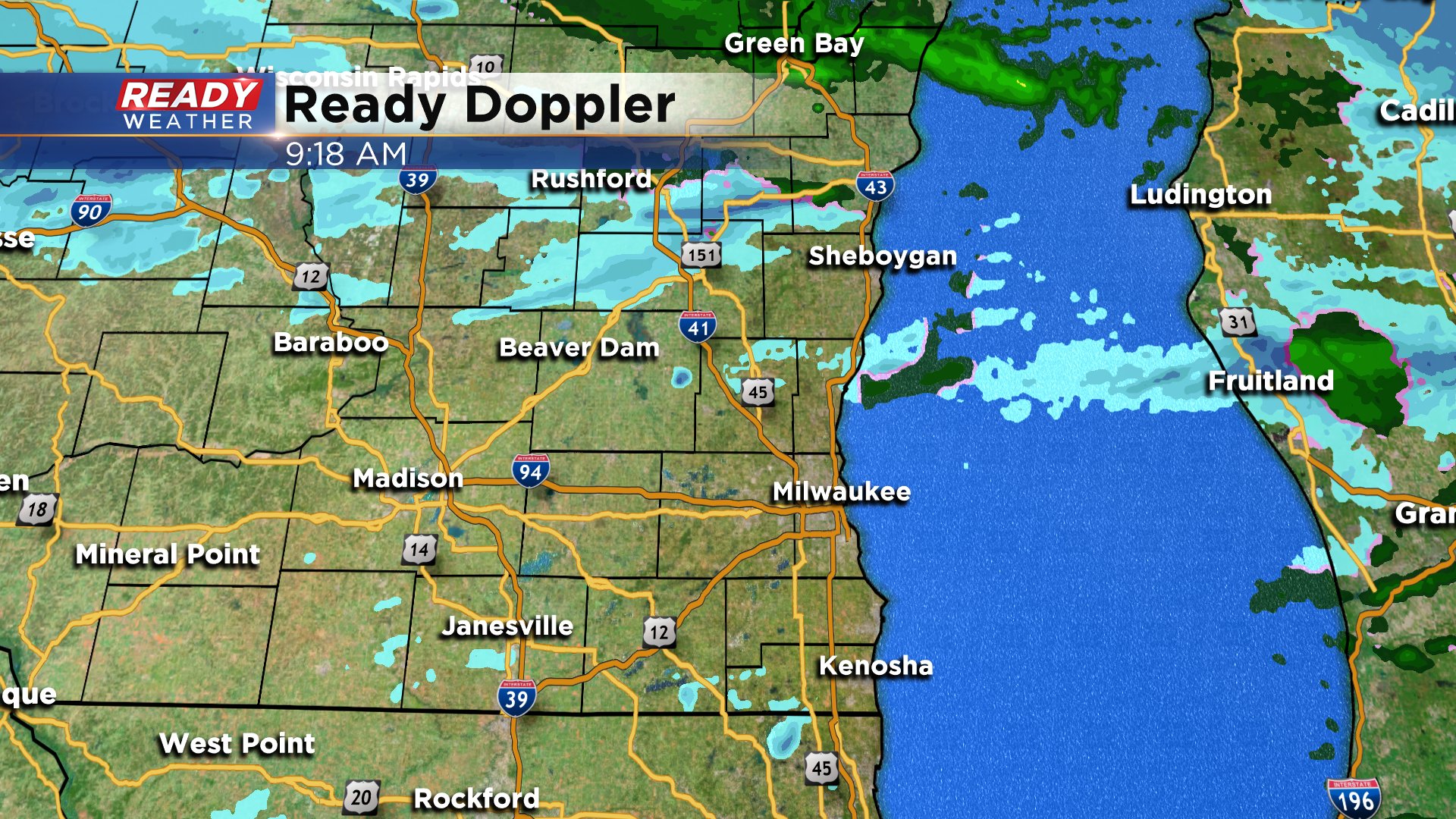 Wind gusts have remained strong getting as high as 40 mph Monday morning. The wind will continue to stay strong through Monday night and most of Tuesday. Expect blowing snow to be an issue. 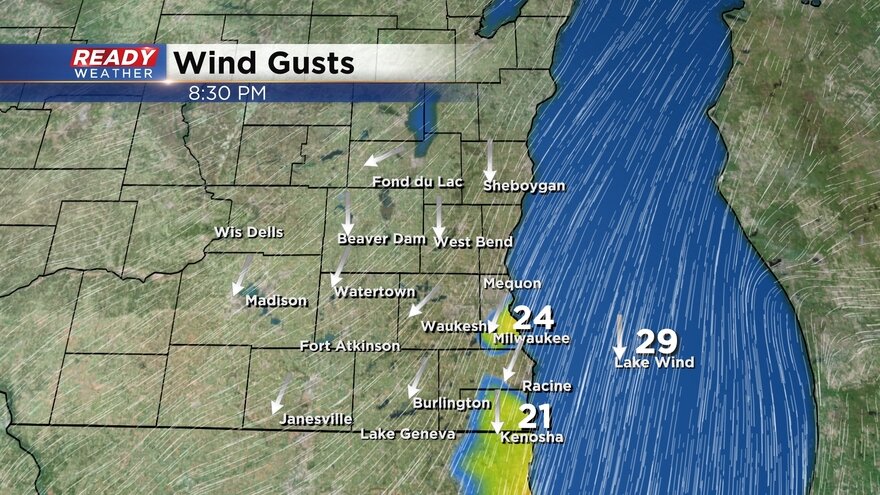 The snow forecast remains on track with the bulk of snow arriving this evening with 1-3" for areas along and south of I-94 and near the lake and 3-5" for communities like West Bend, Beaver Dam and Fond du Lac.

After a very soggy and warm weekend winter is returning. Temperatures on Monday will fall throughout the day starting in the 40s in the morning and then the 30s in the afternoon. Since Saturday some spots locally picked up nearly 2" of rain. 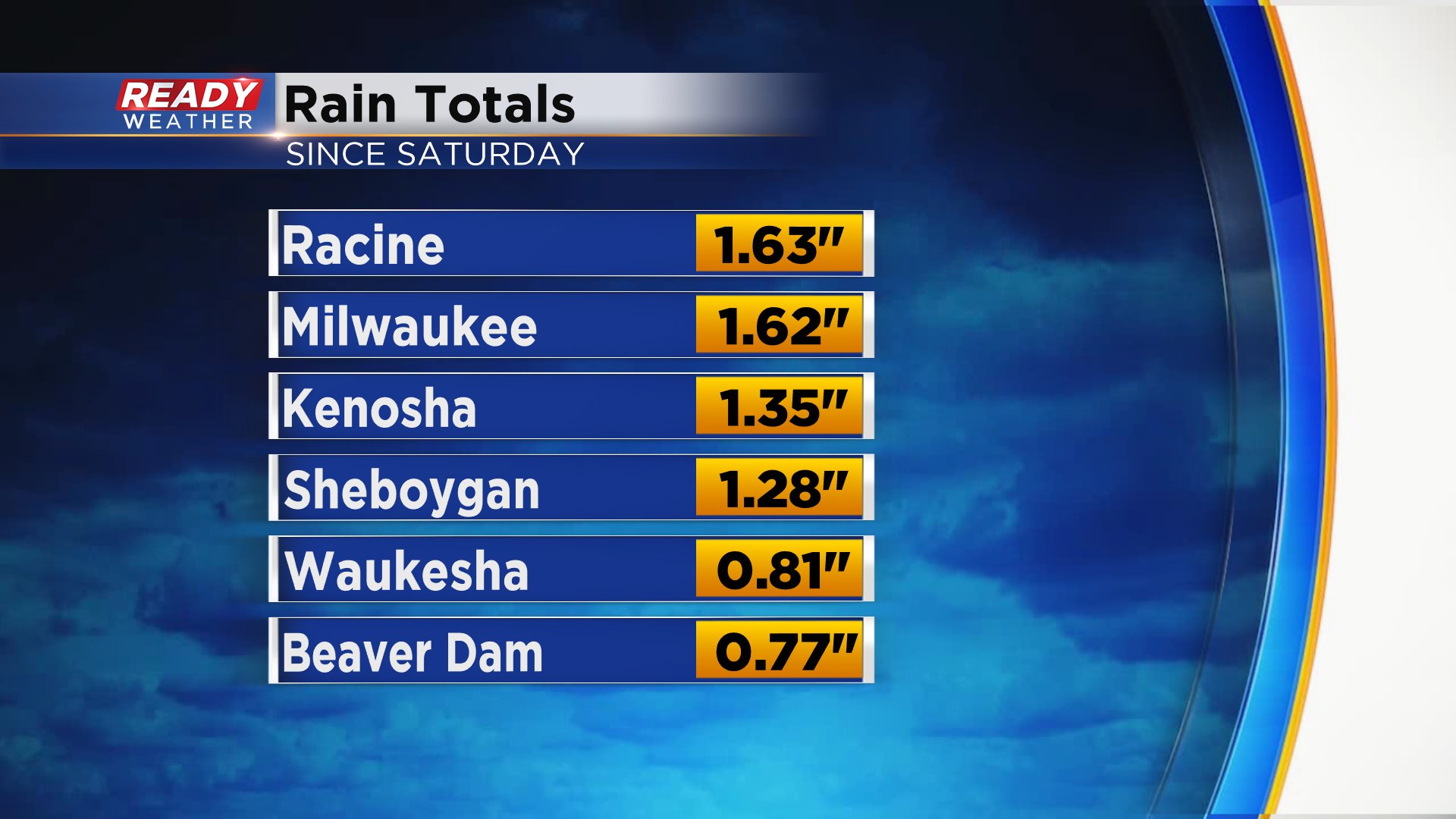 Sunday's rain in Milwaukee broke a new record. 1.07" of rain fell from midnight to midnight Sunday breaking the old record of 0.73" set back in 1954. 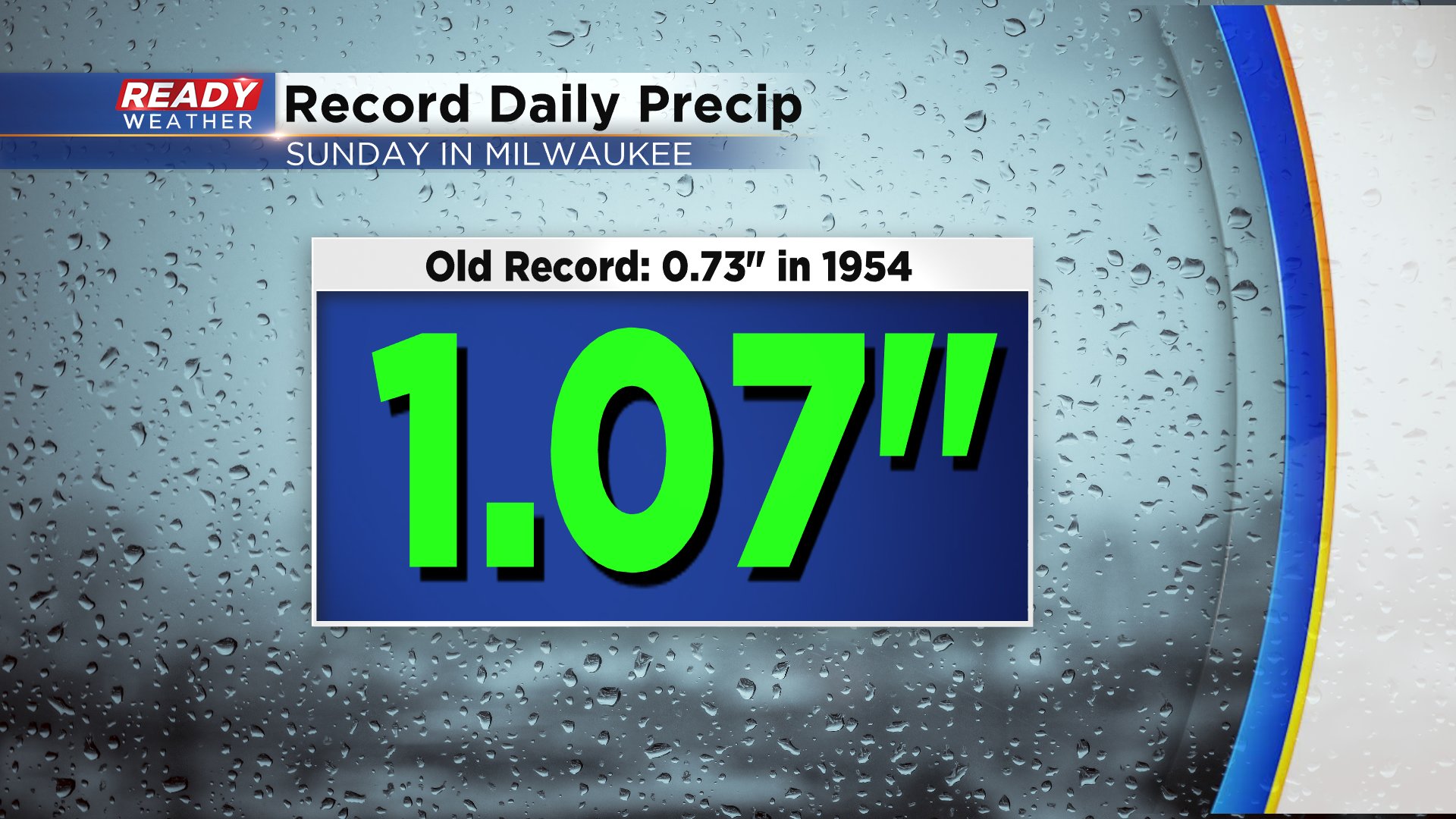 Rain showers are lingering Monday morning but as temperatures fall the rain showers will switch over to snow. Some could see snow showers as early as mid-morning but accumulation should mainly be confined to grassy surfaces. Snow starts to accumulate on pavement during the evening as snow falls steadily through early Tuesday morning. 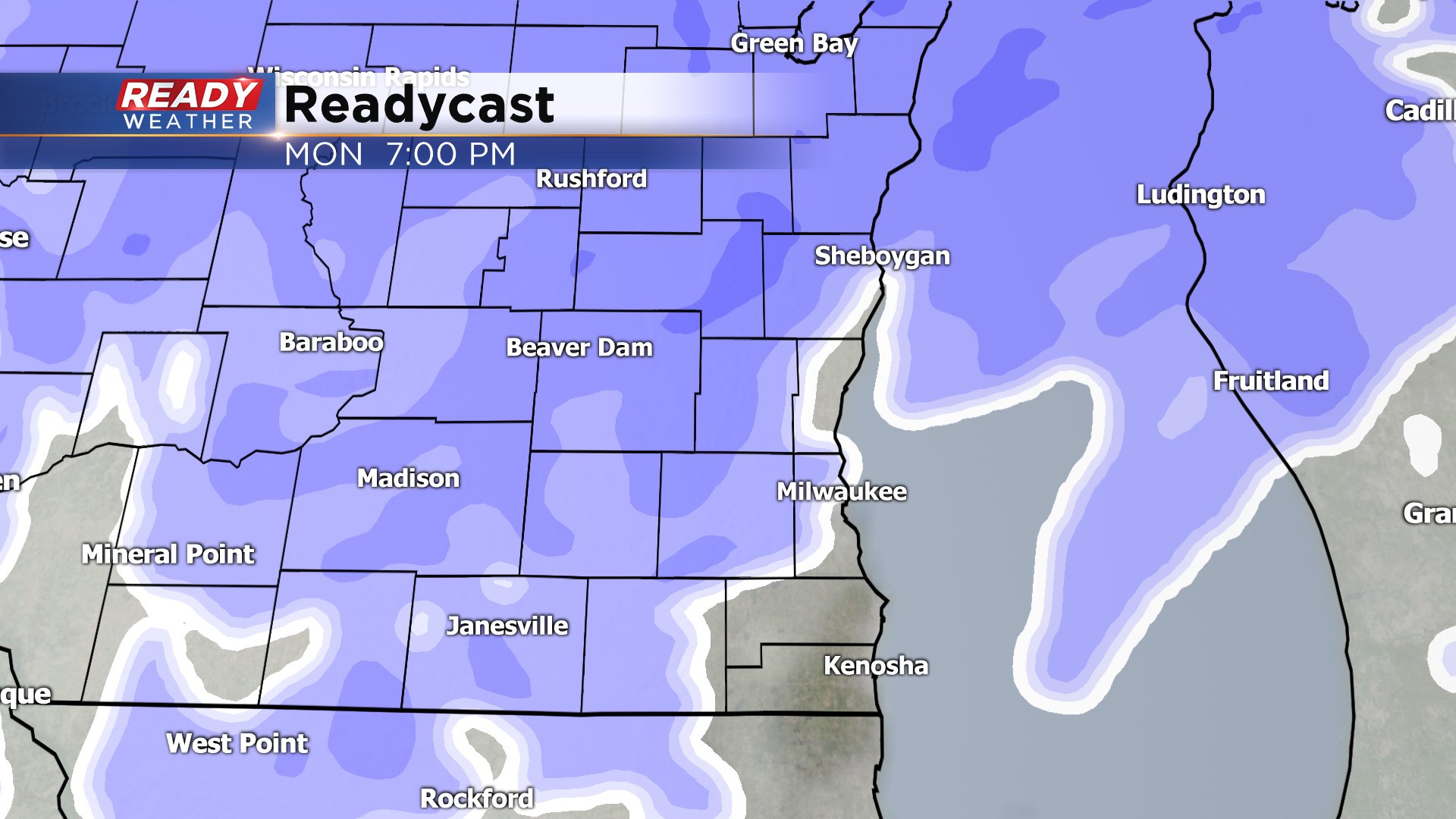 By the time the snow wraps up Tuesday morning expect 1-4" for most of southeast Wisconsin. The heaviest of the snow will fall in some of our northern communities where 3-5" of snow is possible. Areas along and south of I-94 can expect 1-3". 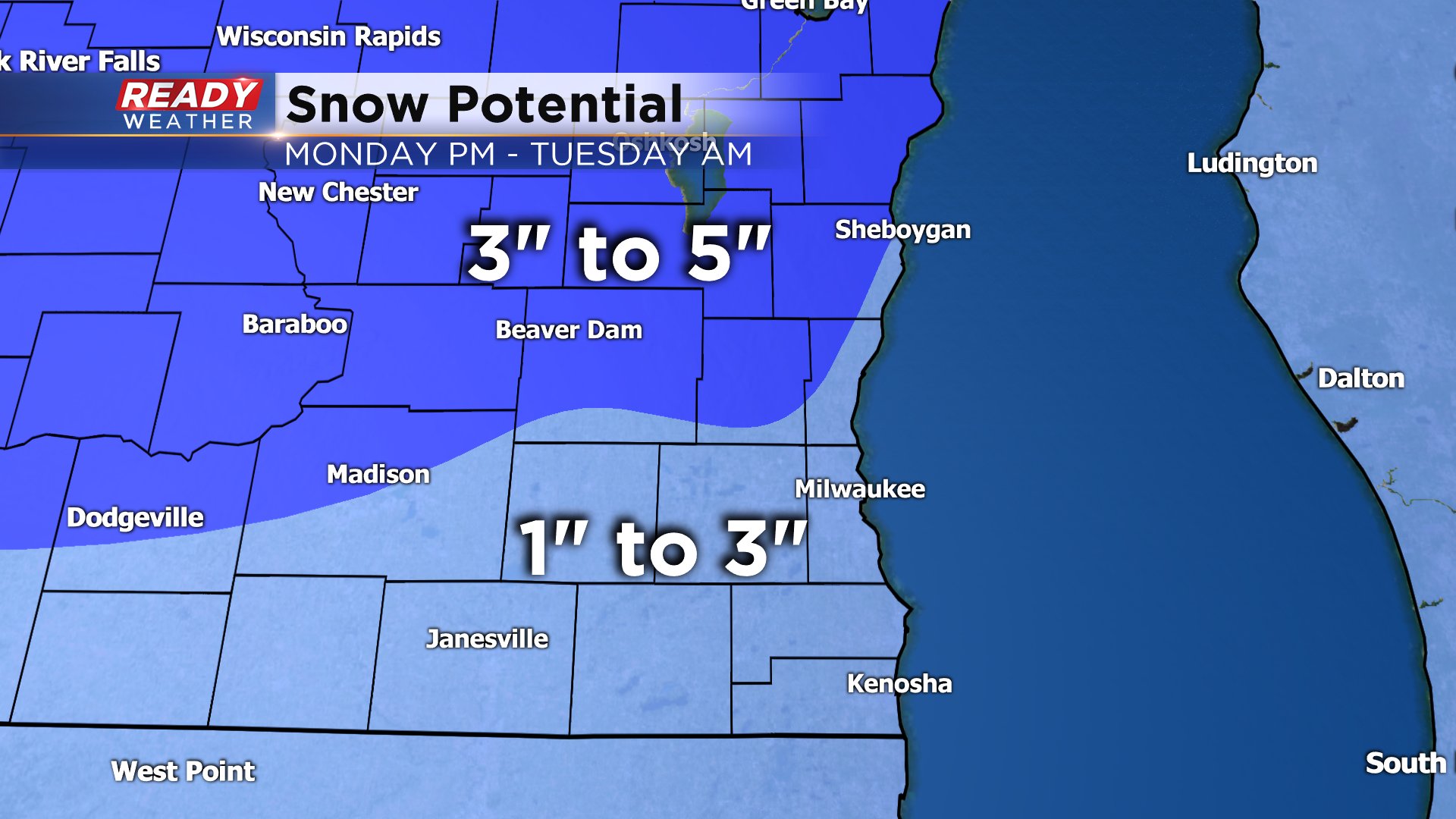 A winter weather advisory has been issued for Fond du Lac, Sheboygan, Dodge and Washington Counties from noon on Monday until 6 a.m. Tuesday. 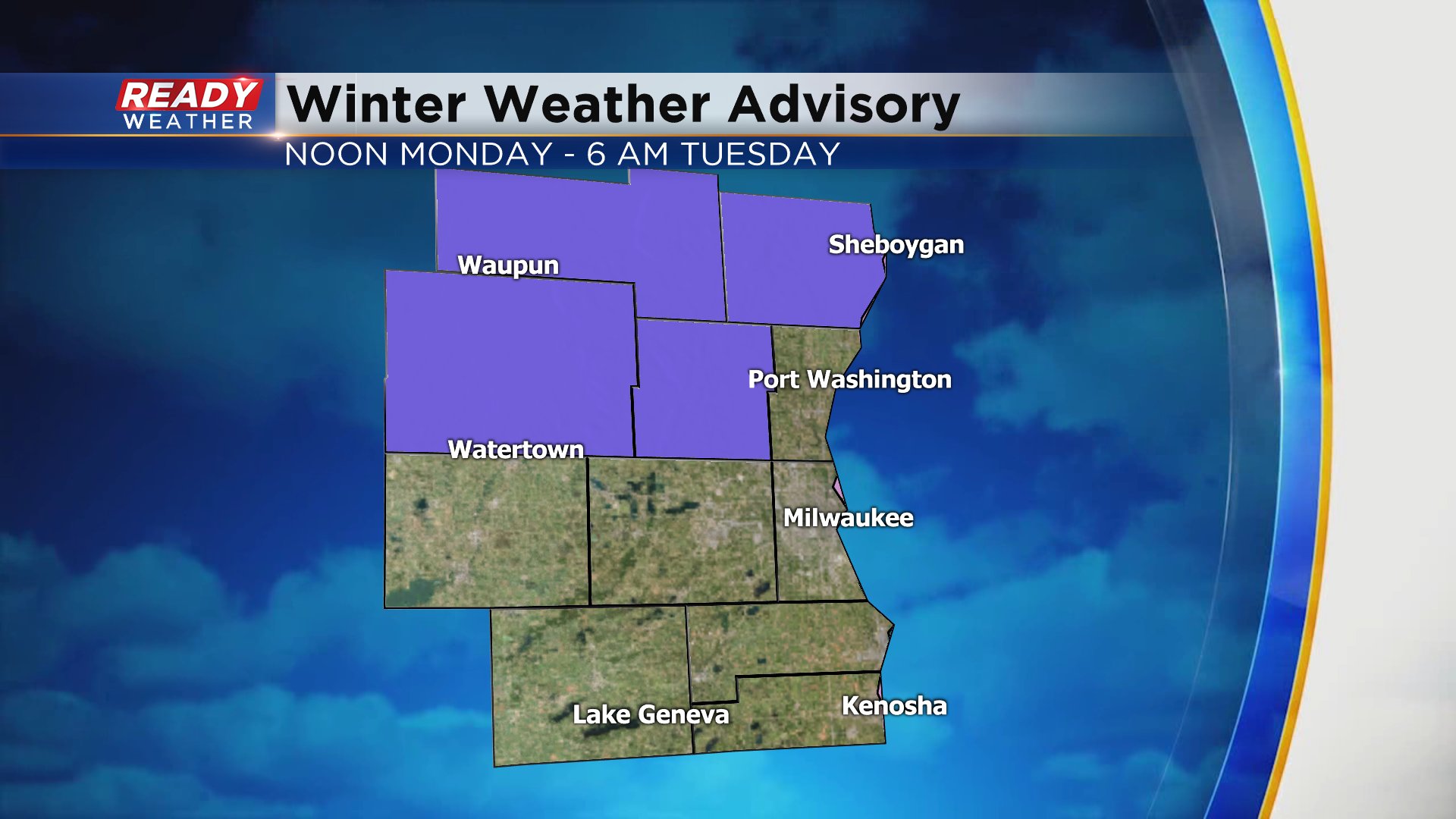 In addition to the snow and dropping temps the wind will be very strong for most of Monday and Tuesday. Wind gusts at times could hit 40 mph which will make blowing snow an issue. 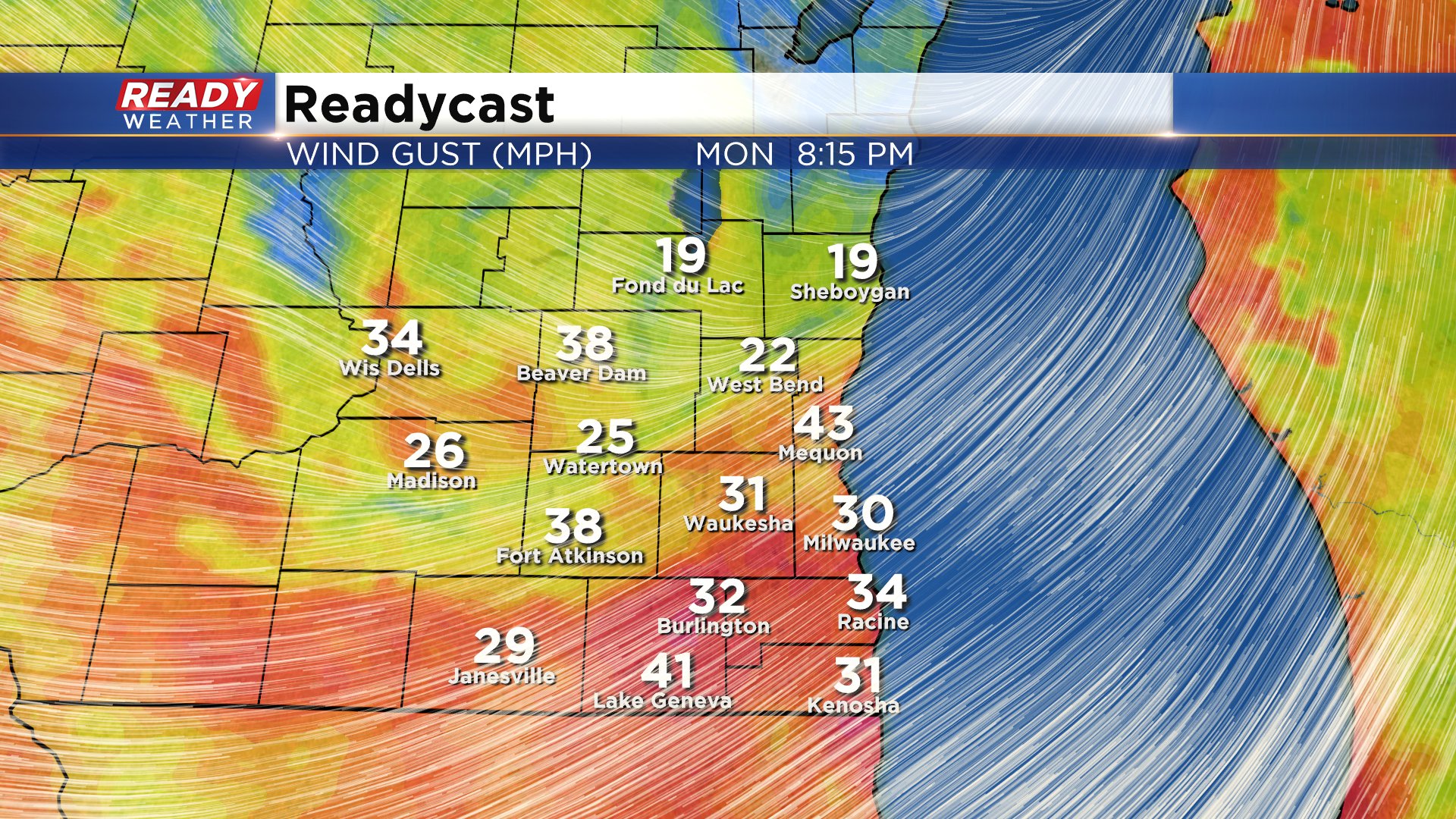 Download the CBS 58 Ready Weather App to track the snow throughout the day.