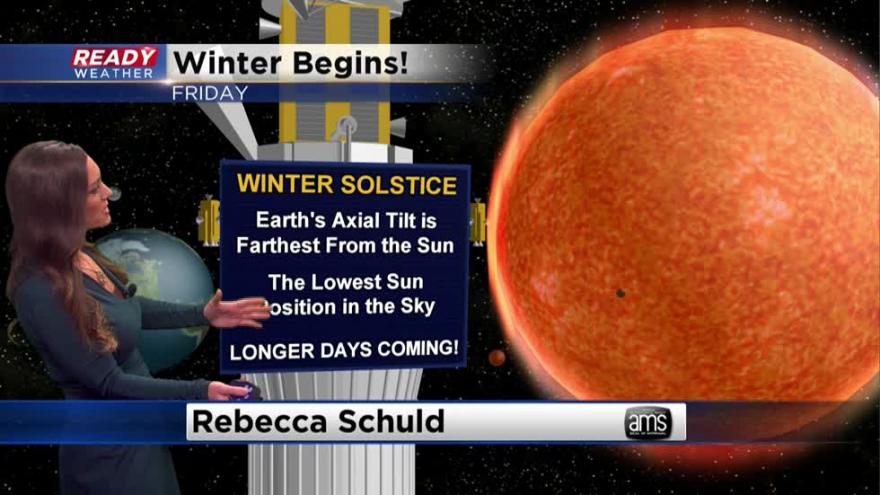 The Winter Solstice has just passed and after a mild stretch of temps, Winter is back! The solstice occurred at 4:22pm on Friday. It's officially the shortest day of the year with just nine hours and two seconds of daylight. 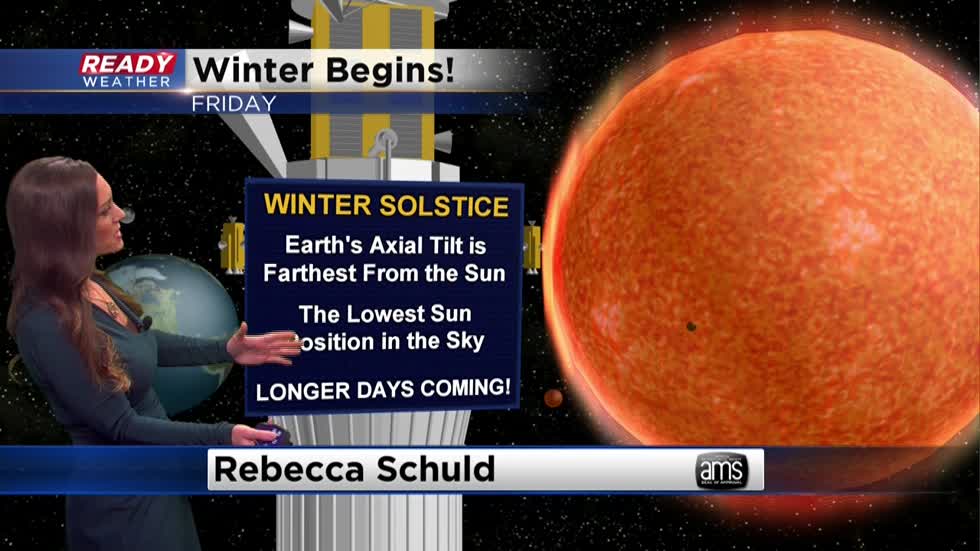 In the mean time there are a few highlights. Days continue to get longer. Take a look at sunset times from the solstice, through Daylight Saving to the Spring Equinox: 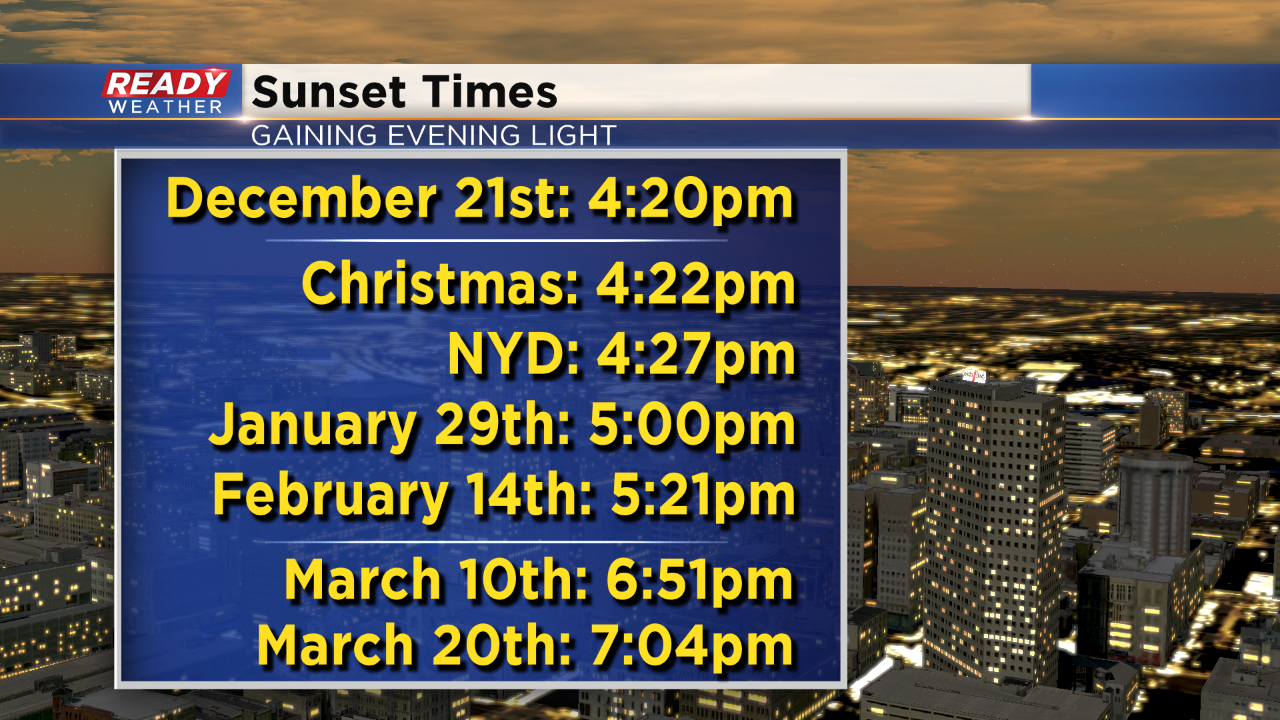 We'll have sunshine to enjoy tomorrow as well! Then, we're tracking a bit of festive snow on Christmas day! As far as what you can expect for the rest of our winter, we look to a weak El Niño. As of now, there are no real strong signs one way or the other, but rather normal temperatures and precipitation expected for the rest of the winter season.