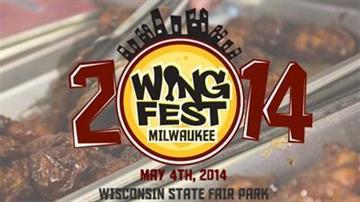 Local restaurants showed off their wing skills at the 2014 Wing Fest Milwaukee. This is an annual event held at the State Fair Grounds to find out who makes the best wings.

Tomkens Bar and Grill of Greenfield are returning champs this year. They've won the Wing King Award and the People's Choice award, for the last three years.

To see who the winners are go to http://wing-fest.com/