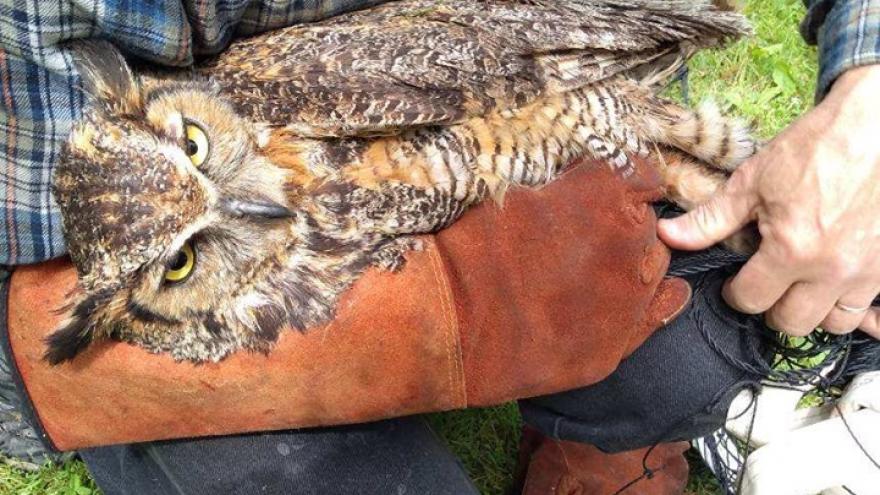 An animal care volunteer and intern from the Wildlife in Need Center responded to the net where the owl was stuck.

It took them 25 minutes to free the owl's head and wings which had gone through the netting. Netting was also wrapped tightly around the owl's talons on both legs.

According to the Wildlife in Need Center, owls will hunt in fields at night and may not see the net before it is too late.

The center is asking those who are setting up nets for the holiday weekend or for a summer sport league to consider rolling them up or taking them down when not in use.

If you do see an animal entangled in something, the Wildlife in Need Center typically suggests that you cut a large area away from the animal's body and bring it to them to fully remove all of the foreign material.