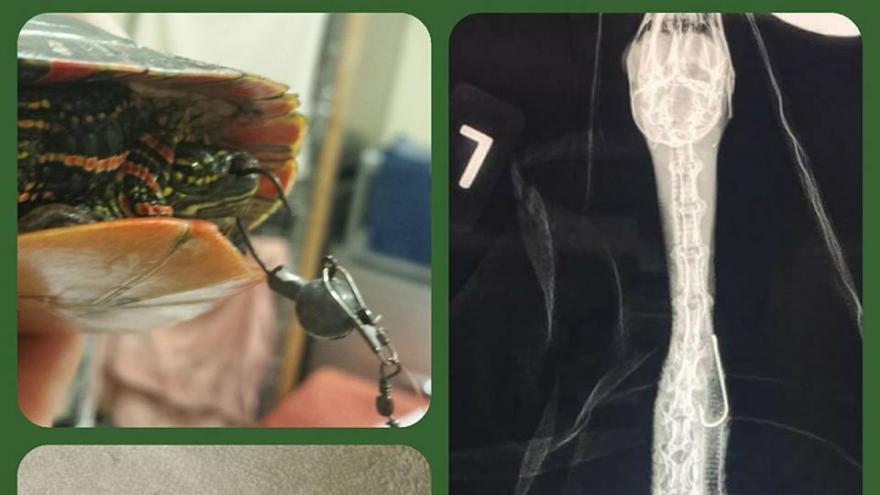 The Wildlife in Need Center is asking residents not to leave foreign objects in nature to help out the animals in the wild.

This happened after The Wildlife in Need Center had to admit 2 patients with fishing hooks embedded in their bodies.

The first one was a Midland Painted Turtle that had a fishing hook through its nose and mouth. Staff was able to cut and remove the hook safely.

A female Mallard was also admitted after she swallowed a fishing hook and became embedded in her trachea. The hook was successfully removed during minor surgery.

Both patients are currently on antibiotics and pain medication while they recover.