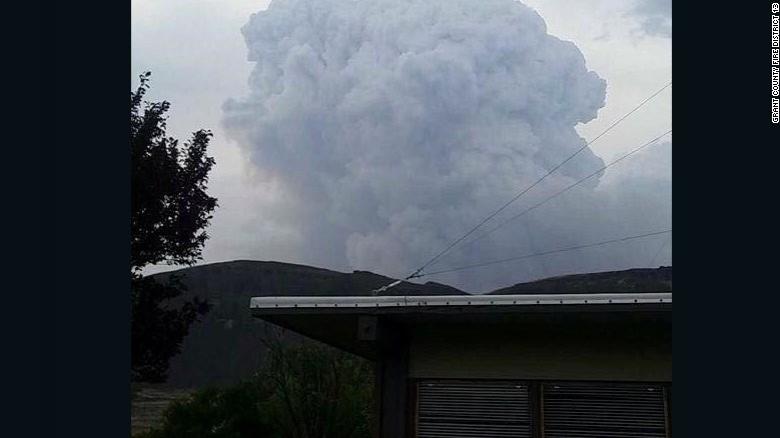 (CNN) -- A spate of wildfires is scorching parts of Washington state, devouring more than 16,000 acres.

In at least one case, strong winds have forced multiple lighting fires to morph into one, the Douglas County Sheriff's Office said.

The Rimrock/Wagon Road fire in central Washington has torched more than 10,000 acres and was 0% contained as of Saturday evening, Grant County Sheriff Tom Jones said.

The Douglas County Sheriff's Office said it has evacuated homes in the Rimrock Meadows community, but did not say how many.

\"We are not getting a lot of new information regarding the Rimrock fire evacuations as this is a tough area for cell phones and radios to work,\" Jones said.

He said the Red Cross opened an evacuation center at a high school in Ephrata.

Across central Washington, more than 16,000 acres have burned in the current rash of wildfires, CNN affiliate KIRO said.