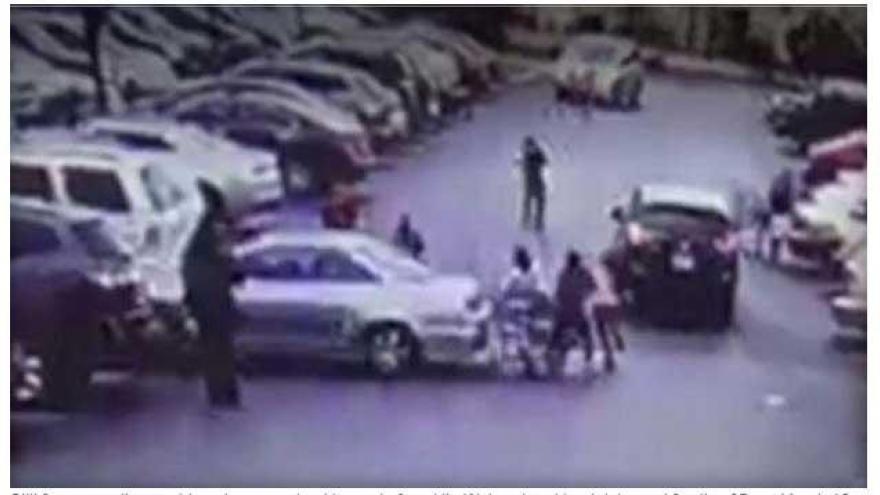 UNION CITY (CBS NEWS)-- A young woman who went on a wild rampage in a Union City Walmart parking lot, striking several people before fleeing in her Honda Accord, was the subject of a Bay Area-wide manhunt Monday, CBS San Francisco reports.

The Union City Police Department said the incident began at around 6 p.m. Sunday when the female suspect attempted to return some batteries.

After returning to her car, she backed up quickly and almost crashed into a family of five, knocking down a 3-year old girl in the process, police said.

And that’s when police say she went from angry to ballistic.

“The victims were actually saying that she was yelling and screaming in the car, pounding her fists on the steering wheel,” says Union City Police Sgt. Steven Mendez.

Then, surveillance video shows, she peeled out of her parking space - right at the family again.

“Thankfully, Mom had the presence of mind to reach down and pick up her daughter. Because as soon as she was able to pick her up, the female gunned it again and backed up in that direction. Had the child been there, she probably would have been hit by the car,” Mendez said.

The 3 year old and her mother are OK, says CBS San Francisco. They had minor injuries and were treated at the scene.

“The message we’re trying to get out is help us get this person off the streets. Because she can be a menace if she’s going to be acting this way,” Mendez says.

Police add that the woman may not even be old enough to drive.