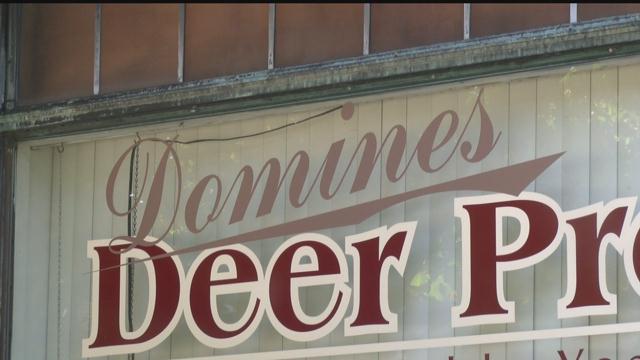 It's that time of years again. The Wisconsin State Patrol is reminding drivers that deer are back and active on the roads.

The Wisconsin Department of Transportation is making a big deal out of this because deer are the third most hit thing in the state just after other vehicles and stationary objects.

At Domine's Deer Processing in West Allis owner Mico Jaksic - well-known for his venison sausage - says people frequently bring in deer they've hit not with arrows but with their cars.

"You know, they move all night long. and they move. You don't see 'em. You hit 'em. And what are you going to do? Keep it, because that's your first option. Or if not you can give it to somebody else," Jaksic said.

"It depends how it's hit. If you break the legs and stuff you might be okay. But if you hit it like the body you might have a mess inside and you gotta waste a lot of meat," Jaksic said.

She says she's mostly worried about damage to her vehicles.

"I had an eight-point buck actually take out a brand new car. Well, it was new to me. It took out the whole side with its antlers when I hit it one night so, yeah," Chapman said.

In 2014 there were ten fatal crashes with deer. Eight of those involved a motorcycle, according to the Wisconsin State Patrol.