Why Domestic Violence Calls Are Among the Most Dangerous for Police 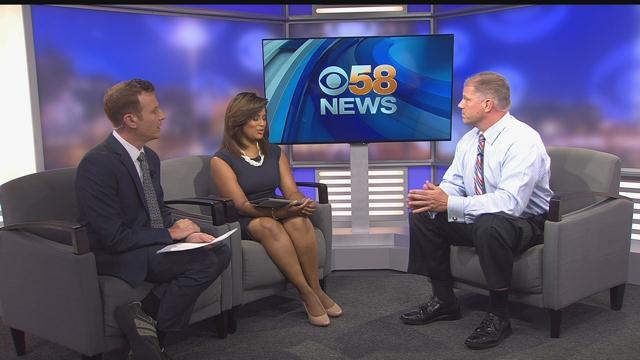 There's a reason why domestic violence calls are among the most dangerous for police.

In Milwaukee over the weekend, an officer was shot and wounded by a suspect who kept leaving and returning to a residence where the original call to police was made.

Former Waukesha Police Officer and now Associate Dean of Criminal Justice at Waukesha County Technical College, Brian Dorow, says it is vital for those who call 911 to share as much information as they know.

"You're gathering intelligence before you arrive," Dorow explained. "The big thing for law enforcement, are there weapons in the house that the suspect may have access to. Is there a history of mental illness? Anything that could jeopardize the officer's safety."

As indicated by Richard R. Johnson, Ph.D. for the Legal and Liability Risk Management Institute:

Dorow says from both his personal experience and looking at the research, he considers them the most dangerous of calls.

In the State of Wisconsin, there is a mandatory arrest law.  That always adds to the tension.

"You're going to take someone, a loved one out of that house. So, they are very, very dangerous."

He says his first weapon of choice is conversation.

"You try to de-escalate the situation. Someone's angry. Emotions are flying all over the place. I always remove the parties. If  I was first officer on scene, I would always try to remove the primary aggressor completely out of the area."

There is also the challenge of so many distractions. Usually a family member is running at responding officers. There is a lot of crying. Sometimes police won't be allowed inside right away.