Why Amazon pays employees $5,000 to quit 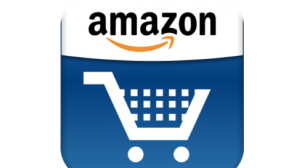 (CNN)--You know the kind of workers who hate their job, but stick it out just to get that next paycheck? Amazon (AMZN) does -- and it doesn't want them. In fact, the company will pay them up to $5,000 to leave.

CEO Jeff Bezos explained the policy, called Pay to Quit, in his letter to shareholders this week.

Here's how it works:

Amazon makes the offer once a year, but only to workers in the fulfillment centers where orders are boxed and shipped. In the first year of work, the offer is $2,000. It goes up by $1,000 every year after that until it hits $5,000. The deal even has a special headline: \"Please don't take this offer.\"

The idea, Bezos wrote in his letter, is \"to encourage folks to take a moment and think about what they really want. In the long run, an employee staying somewhere they don't want to be isn't healthy for the employee or the company.\"

An Amazon spokeswoman told The Tennessean that \"a small percentage\" of employees take the deal. The company also offers to pay up to 95 percent of the tuition for warehouse workers who want to take classes for in-demand fields such as nursing or airplane mechanics -- even if those classes aren't relevant to their jobs at Amazon.

\"We know that for some of our fulfillment center employees, Amazon will be a career,\" Bezos wrote. \"For others, Amazon might be a stepping stone on the way to a job somewhere else -- a job that may require new skills. If the right training can make the difference, we want to help.\"

Amazon said it got the idea from Zappos.com, the shoe and clothing retailer it acquired in 2009 for $850 million. Zappos is famous for bend-over-backwards customer service, and it puts new employees through an intensive four-week training program, Bloomberg Businessweek reports.

About one week into the job itself, the company gives employees what it calls \"The Offer,\" offering to pay for the amount of time worked plus a $2,000 bonus if the new hires leave. Zappos CEO Tony Hsieh told Businessweek that 97 percent of employees decline The Offer.

\"The practice clearly says something about Zappos' confidence,\" wrote Businessweek columnist Keith McFarland. \"How many of us run companies where, if we offered new hires a week's salary plus $2,000 to leave, we would enjoy a 97% stick rate? Zappos is betting real money that the enthusiasm and esprit de corps of its enterprise presents a compelling value proposition to employees.\"

Clearly, Amazon saw a lot to like in that approach. But why limit it to the warehouse workers? One reason may be the company's the relationship with its warehouse employees has been fractious for years.

In 2009, a former employee sued, saying Amazon rips off its warehouse workers on overtime pay. The lawsuit said Amazon rounded start and end times for shifts to the nearest quarter-hour, which meant some worker minutes ended up unpaid.

Workers also sued in 2010 to receive pay for time spent waiting to go through security screening before breaks and after shifts. The workers claimed the wait adds up to 30 minutes a day for some, The Seattle Times reported. The U.S. Supreme Court agreed last month to hear the case, and oral arguments could begin this fall.

Other workers have complained of uncomfortably high temperatures in warehouses and intensely stressful environments. In 2011, workers complained to federal regulators about having to work in warehouses that were so hot that some employees were hospitalized for heat-related injuries. A Pennsylvania emergency-room doctor even called a federal hotline to complain about the injuries coming in, The Morning Call reported.

Amazon isn't saying how new its Pay to Quit program is, but the policy -- along with the paid tuition for skills training -- could go a long way toward mending fences with its warehouse workers.