Who were Syed Rizwan Farook and Tashfeen Malik? 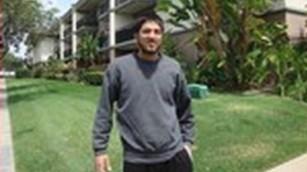 (CNN)While police say they know who massacred 14 people Wednesday at a holiday party in San Bernardino, California, the killers' motives remain a mystery.

Here is what we know about them:

Farook, 28, and Malik, 27, had been married for two years, according to Hussam Ayloush, head of the Greater Los Angeles chapter of the Council on American-Islamic Relations, a Muslim advocacy group.

The couple left their 6-month-old girl with Farook's grandmother Wednesday and said they had a doctor's appointment.

The grandmother became concerned when she saw reports of the shooting and couldn't reach Farook.

Farook, an American citizen, was an environmental health specialist with the San Bernardino County health department, which was hosting the holiday party at the Inland Regional Center where the attack took place.

He graduated from California State University, San Bernardino, with a degree in environmental health in 2009.

Police don't have a motive

Farook was at the party but left abruptly before the shooting. He seemed angry, witnesses told police. He returned. And, along with Malik, he went into the building and began firing, authorities said.

There are no indications his job was in jeopardy, police said. They're also unaware of any criminal history.

Farhan Khan, Farook's brother-in-law, told reporters he was at a loss, too.

"I have no idea why he would he do something like this. I have absolutely no idea. I am in shock myself," Khan said.

He said the family, like the rest of America, will have to wait for the police investigation for answers.

Farook and Malik didn't appear to have left behind a note, a law enforcement official said.

Those who worked with Farook described him as quiet.

"I would say hi and bye. But we never engaged him in conversation. He didn't say much at all," said Griselda Reisinger, a former co-worker, told the Los Angeles Times.

Maria Gutierrez, who knew Farook, used the same word to describe him to the New York Daily News.

"He was quiet but always polite," she said.

Farook had a profile set up on iMilap.com, which describes itself as "a site for people with disabilities and second marriage."

"Enjoys travelling and just hanging out in the back yard doing target practice with his younger sister and friends."

In the same profile, Farook said he came from a Muslim family with "Eastern and Western" family values.

There's no indication when the profile was set up. But his father told the New York Daily News that Farook was very religious.

It's important to note Farook's middle name -- Rizwan. Because his older brother is also named Syed Farook but has a different middle name.

"These were people that came prepared," Burguan said. "There had to have been some degree of planning that went into this."

A bag believed to belong to the shooters was found inside the conference room. Inside, investigators found three rudimentary explosive devices packed with black powder and rigged to a remote controlled car. The remote for the car was found inside the SUV where Farook and Malik were later killed, a law enforcement official said.

The pair planned to use the remote to detonate the explosives from a distance, the official said. Either it didn't work because of distance or they didn't do it. Officials later rendered the explosive devices safe.

After carrying out the attack at Inland Regional -- where they killed 14 people and injured at least 17 -- Farook and Malik led police on a chase. Farook fired at officers while Malik drove, officials said. They died in the shootout, which involved 21 officers.