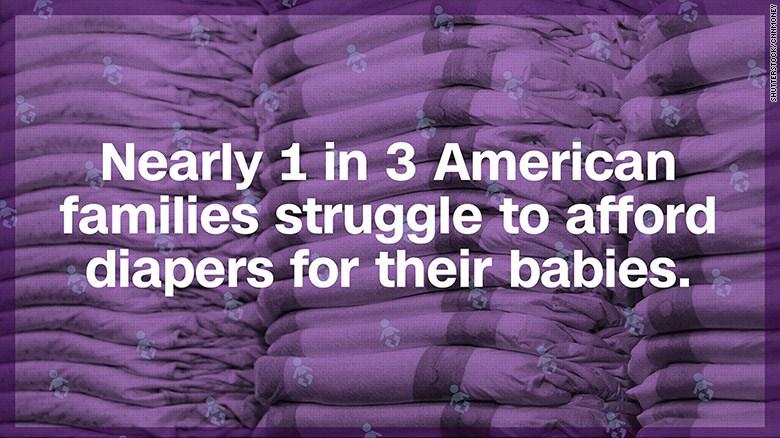 A new plan announced Thursday aims to make diapers more affordable for low-income families. The initiative will give low-income families access to diapers that are up to 25% cheaper than the ones they currently buy. In a press call on Thursday, President Obama said the program was made possible through a collaboration with Jet.com, the makers of Cuties diapers and several non-profits.

Roughly 1 in 3 families find it hard to afford to buy diapers for their babies, according to a White House blog post. And they aren't covered by federal assistance programs such as WIC, SNAP or Medicaid.

The post put it simply: "When you have a baby, diapers are a necessity. They are not optional."

Many low-income families are at a disadvantage because they aren't able to buy diapers in bulk, which is cheaper, since they can't get to big-box stores or have internet access.

Every year low-income families spend about $936 on diapers for each child, the White House said. Higher income families don't even spend half of that.

Many times parents will attempt to stretch the time between changes to make their supply last, which can cause infections and other health issues. Not to mention it places undue stress on both parents and babies.

"When families can't afford a healthy number of diapers for their babies, they're faced with a choice between buying diapers and paying for food, rent, or utilities like heat," the post said. "That's a choice that no family should have to make."