What is Congress saying about the Syria missile strike? 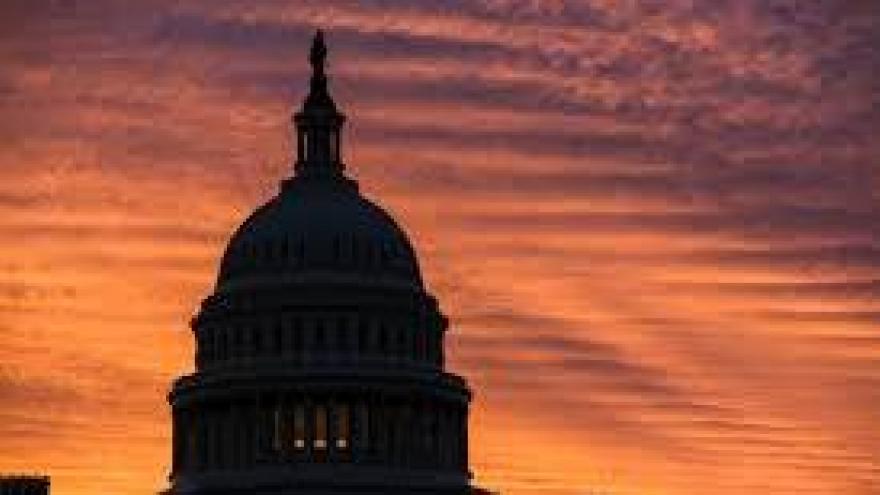 Members of Congress began to quickly respond Thursday night to President Trump’s decision to order U.S. military strikes against the Syrian regime in response to the deadly chemical attack this week, with some applauding the action and others deriding it.Nearly 60 cruise missiles were launched from ships in the eastern Mediterranean, CBS News’ David Martin reports, aimed at various locations around the Shayrat airfield, including hangars and fuel storage areas. This is believed to be the location from which the plane that dropped the chemical weapons took off.

Sen. John McCain, R-Arizona, chairman of the Senate Armed Services Committee, and Sen. Lindsey Graham, R-South Carolina, issued a joint statement saying that the strikes send an important message that “the United States will no longer stand idly by as Assad, aided and abetted by Putin’s Russia, slaughters innocent Syrians with chemical weapons and barrel bombs.”They emphasized that these actions must be followed through with a “new, comprehensive strategy” in coordination with U.S. allies to end the Syrian civil war, the destruction of the Assad regime’s air force, and more support for “vetted” Syrian opposition group.

But they Graham and McCain may be disappointed, according to Rep. Adam Schiff, D-California, the ranking Democrat on the House Intelligence Committee. “It is, I think, at the present not the intention to have more than this single strike, but of course the administration is reserving their options,” Schiff said in an interview with MSNBC.

The California Democrat said that he was alerted by Director of National Intelligence Dan Coats as the cruise missiles were on their way to their targets. Schiff went on to urge the administration “not to make this a military effort to change the regime.”

Immediate reaction from senior Democrats appeared to be relatively positive. “Making sure Assad knows that when he commits such despicable atrocities he will pay a price is the right thing to do,” said Senate Minority Leader Chuck Schumer in a statement while calling for further administration consultation with Congress.

The ranking Democrat on the Senate Armed Services committee, Sen. Jack Reed, D-Rhode Island, did not condemn the attack but insisted the president would have to explain his legal authority to order it. “The Administration is also going to have to set out the legal justification for tonight’s action and any future military operations against the Assad regime as part of its consultations with Congress,” Reed said in a statement.

Approximately two dozen members of Congress were briefed and notified about the strikes by the White House and Cabinet officials Thursday evening, according to a White House official.

Sen. Marco Rubio, R-Florida, who ran against Mr. Trump in the 2016 GOP primary, appeared to respond positively to the airstrikes. Rubio opposed a U.S. strike against the Syrian regime in 2013 when President Obama threatened to take such action following another deadly chemical attack in a suburb of Damascus.

“Tonight’s strike against the Assad regime’s Shayrat Air Base will hopefully diminish his capacity to commit atrocities against innocent civilians. By acting decisively against the very facility from which Assad launched his murderous chemical weapons attack, President Trump has made it clear to Assad and those who empower him that the days of committing war crimes with impunity are over,” Rubio said.

“The targeting of a specific airfield from which these chemical attacks were conducted from was the right move,” he told CBS News.

Sen. Rand Paul, R-Kentucky, another former rival of the president, expressed opposition to the strike because he did not seek Congressional approval.Rep. Tulsi Gabbard, D-Hawaii, who visited Syria in January, also expressed dissent about the airstrikes. She said in a statement that the airstrikes were “reckless and short-sighted.”

Rep. Barbara Lee, D-California, a major proponent of Congress passing a new authorization for the use of military force (AUMF), said on Twitter that the airstrikes are “an act of war” and that lawmakers should return to Washington. They left Capitol Hill Thursday for a two-week recess.House Speaker Paul Ryan, R-Wisconsin, said the strike was justified, and said he wanted Congress to be involved in future deliberations over the Syrian crisis.

“This action was appropriate and just,” Ryan said. “These tactical strikes make clear that the Assad regime can no longer count on American inaction as it carries out atrocities against the Syrian people. Resolving the years-long crisis in Syria is a complex task, but Bashar al-Assad must be held accountable and his enablers must be persuaded to change course. I look forward to the administration further engaging Congress in this effort.”

Sen. Bob Corker, R-Tennessee, also called on Mr. Trump to consult with Congress while applauding the attack. “The U.S. and world community stood by as Syrian dictator Bashar al-Assad brutally tortured and murdered more than 500,000 of his own people, and I applaud President Trump for taking decisive action following the latest chemical weapons attack,” Corker, the Chairman of the Senate Foreign Relations committee, said.

“It is critical that Assad knows he will no longer enjoy impunity for his horrific crimes against his own citizens, and this proportional step was appropriate. As we move forward, it will be important for the administration to engage with Congress and clearly communicate its full strategy to the American people.”

“Assad was warned, repeatedly, by the U.S. and the U.N. that the intentional targeting of innocent men, women and children is intolerable,” Royce said in a statement. “Now Assad has been caught red-handed carrying out another abhorrent chemical attack, and the administration has taken a measured response. Moving ahead, the administration must work with Congress and lay out clear policy goals for Syria and the region.”

“Assad is a tyrant and his chemical weapon attack against innocent civilians this week was beyond inhumane,” Perdue, a member of the Senate Armed Services committee, said.  This will not be tolerated. After six years of inaction by the Obama Administration, I am glad to see that President Trump is willing to stand up for these innocent victims and stop those responsible for this violence. I commend our brave servicewomen and men who are carrying out this vital mission tonight.”