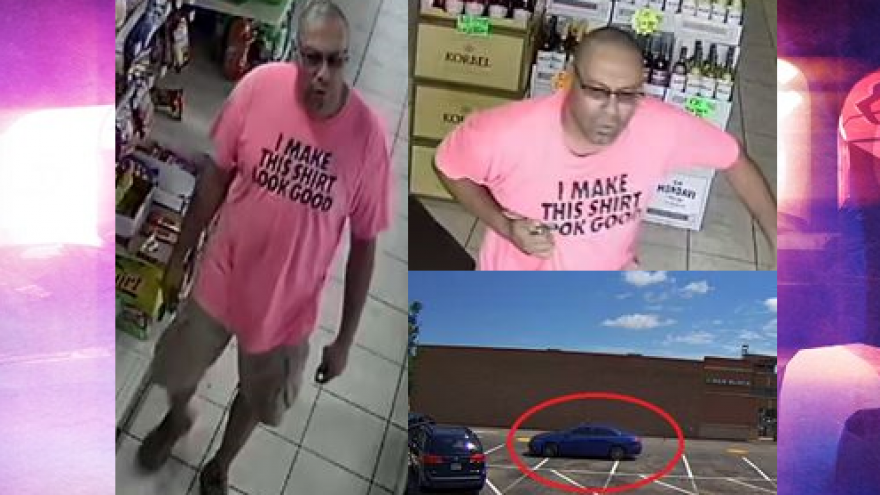 Police say the incident happened on July 13 around 2:30 p.m. at Martha’s Vineyard.

The suspect walked into the store and picked up several alcoholic drinks. Authorities say when the clerk opened the register to ring up the purchase, the man used his body to jump over the counter, reach into the cash register and take money.

The suspect then ran out of the store and left in a waiting vehicle.

The man is described as being Hispanic. The car he left in is believed to be a blue 2014-2016 Toyota Camry with tinted windows.