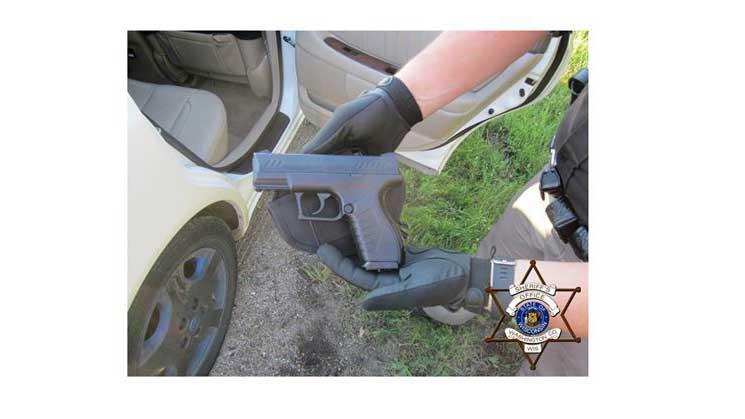 During morning rush hour on Tuesday a West Ben man shot at another vehicle with a pellet air pistol on US 45.

According to Washington County Sheriff's Office, the suspect became agitated with another driver, identified as a 37-year-old Plymouth man, regarding a driving maneuver in the area of US 45 and CTH PV/Pleasant Valley Rd.

The suspect allegedly pulled along the passenger side of the victim’s vehicle and fired at least 3 pellets from an air pistol directly at the front passenger side window and window frame.

The suspect vehicle description was promptly passed along to several agencies to the south, and a State Trooper stopped the suspect in the area of I41 and Main St. in the Village of Menomonee Falls.

The suspect adamantly denied being involved in the incident.

After deputies responded to the scene and searched the vehicle, a realistic looking air pistol was located within reach of the driver’s seat. He was arrested for reckless use of a weapon and disorderly conduct. He remains in custody at the Sheriff’s Office on a probation hold.