West Bend man grazed by bullet while lying on couch 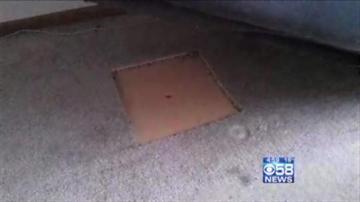 WEST BEND -- A 32-year-old man was grazed by a bullet while laying on his couch at his West Bend apartment. Police say the 20-year-old man living in the apartment below the victim accidentally discharged a gun.

Police responded to reports of a man with a lacerated abdomen on March 4th around 8:40 p.m. They found the victim's neighbor discharged an AR-15 rifle while handling it.

The victim was transported to a local hospital, and was treated. The 20-year-old man was arrested on charges of injury by negligent handling of a dangerous weapon and possession of a switchblade knife.