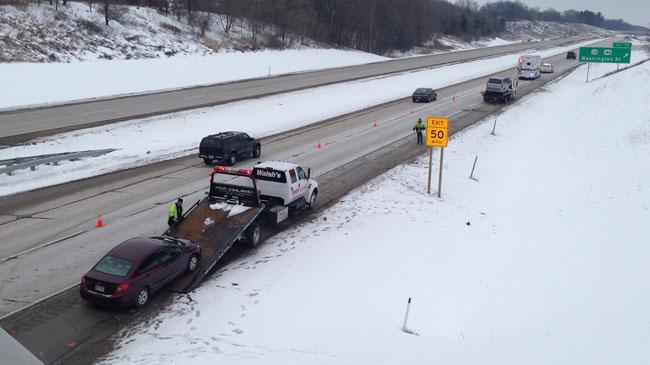 The Washington County Sheriff’s Office is releasing the name of the 18 year old West Bend man killed yesterday in the traffic crash on USH 45 at Chestnut St. Ryan Timonthy Yauck, 18-year-old, is from West Bend.  The name of the driver that struck Yauck is not being released.

ORIGINAL: A 18-year-old West Bend man died after being struck by a vehicle on US 45 at Chestnut Street in City of West Bend on Monday afternoon, according to Washington County Sheriff’s Office.

West Bend Fire/Rescue along with Sheriff’s Deputies responded to the scene.

Upon arrival, lifesaving efforts were started on the pedestrian, an 18 year old West Bend man, however the man died at the scene. The operator of the northbound vehicle, a 34 year old Palmyra man was uninjured.

Investigators are trying to determine why the northbound vehicle left the roadway. Alcohol/ drugs do not appear to be a factor. The accident remains under investigation by the Washington County Sheriff’s Office Accident Reconstruction Team.

One lane of USH 45 northbound and several onramps for the highway were closed while the accident scene was investigated.