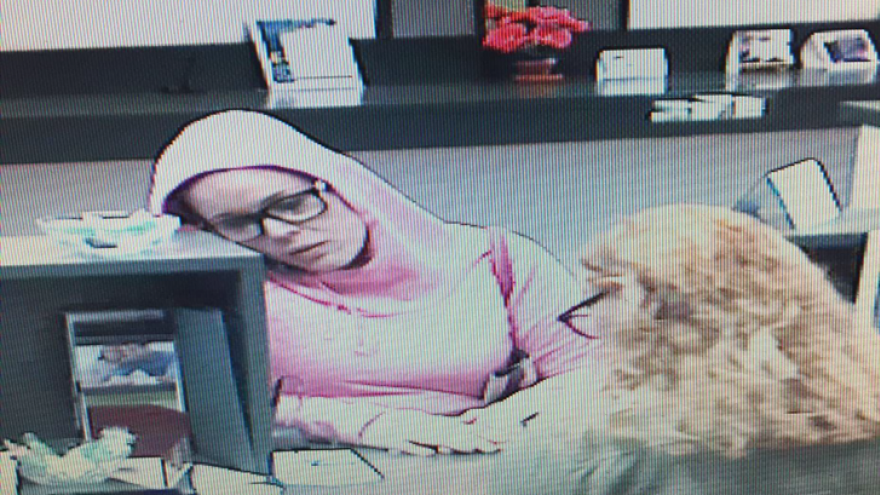 Officers responded to a BMO Harris Bank located on 124th Street in Waukesha for an alarm. According to the criminal complaint, the teller said a woman, later identified as Sarah Kraus, entered the bank, approached the counter where she grabbed a withdrawal slip and wrote on the back.

Kraus handed the note to the teller which read "This is a robbery, no alarms, no bait, and I am armed." The word armed was underlined. The teller withdrew $500.00 from the drawer in 50 dollars bills which were previously recorded with serial numbers as bait money.

Several callers recognized Kraus and were able to help the police identify her as the suspect from the Brookfield and Hales Corners robberies. A relative of the suspect said that she had let Kraus use her Chevy blazer the past few days. Police searched the  Chevy blazer and found a manila folder containing letters from Kraus to various individuals. One of the notes stated, "I am here for the cash. I am armed. No bait bills, no GPS, and no dye packs. You have 15 seconds to put it in purse and no one gets hurt as long as you abide by my conditions, no alarms." An additional note found was the note written on the withdrawal slip from BMO. The clothes that Kraus wore during the robbery was also located in the car.

Kraus faces 'Robbery of a Financial Institution' charges. Her preliminary hearing is set for April 3rd.